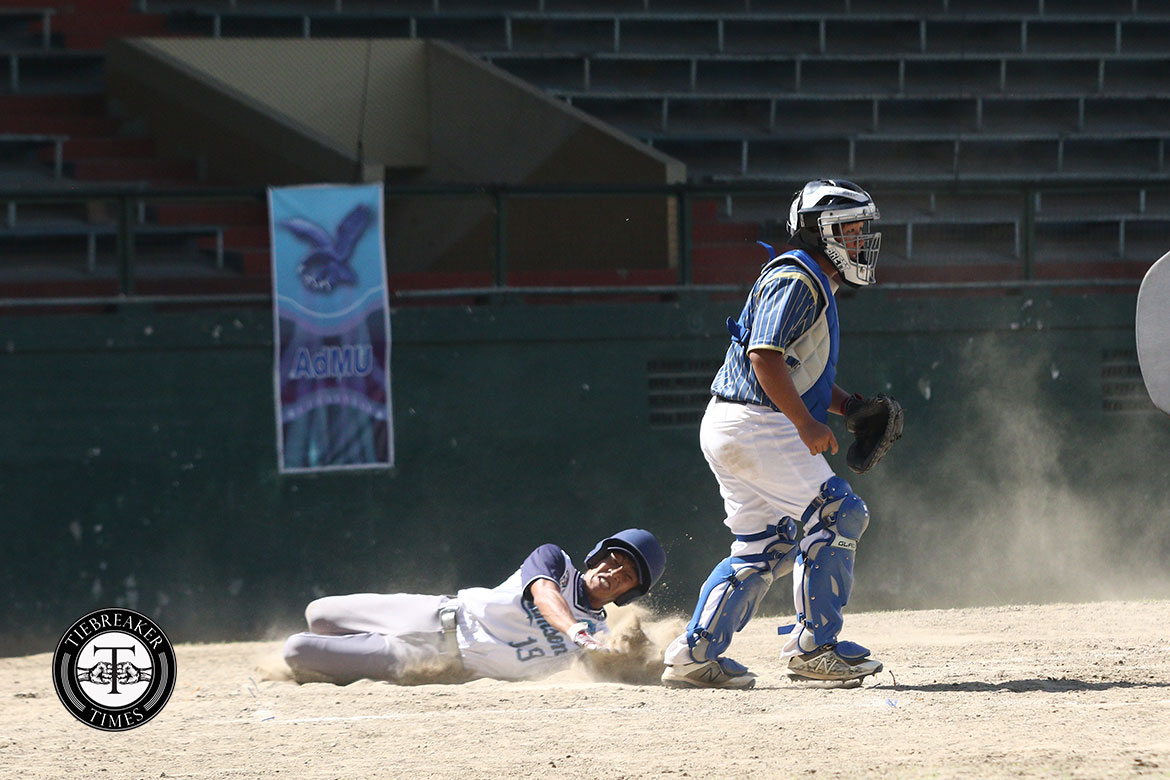 And full credit should be given to Richard Matic for the victory.

The 20-year-old rookie out of Nueva Ecija was close to being unhittable in the last eight innings of the game, allowing just four hits and no runs. Moreover, he was able to fan six Bulldogs in his first-ever UAAP game.

Just like how he started the game – a strikeout of Noel Mercader, Matic also ended it the same way.

During the last play, and with one NU runner in scoring position, Matic threw a furious fastball against fellow rookie Ron Salaypay to close out the ball game.

NU got on the board first, coming off a sacrifice fly to center field courtesy of AC Villalobos that brought home Jerome Tenorio in the first inning. It resulted in Binarao immediately retiring Michael Catalan from the game.

Adamson were able to answer right back in the second inning, going on a two-out rally.

Gerald Riparip was able to bring home Lexter Carandang for the tying run, while next batter Aaron Mercado did Riparip a favor with a long base hit of his own.

#ReadMore  Downcast Bright Akhuetie to celebrate birthday at the gym

The game would then become a showcase of athleticism and fielding, as the two squads one-upped each other with fantastic catches and throws.

But at the end of the day, Matic ended up victorious in his UAAP debut.

Adamson look to build on this win as they take on the University of Santo Tomas Golden Sox on Wednesday, February 20 at 1:00pm. On the other hand, NU open the game day against the De La Salle University Green Batters.