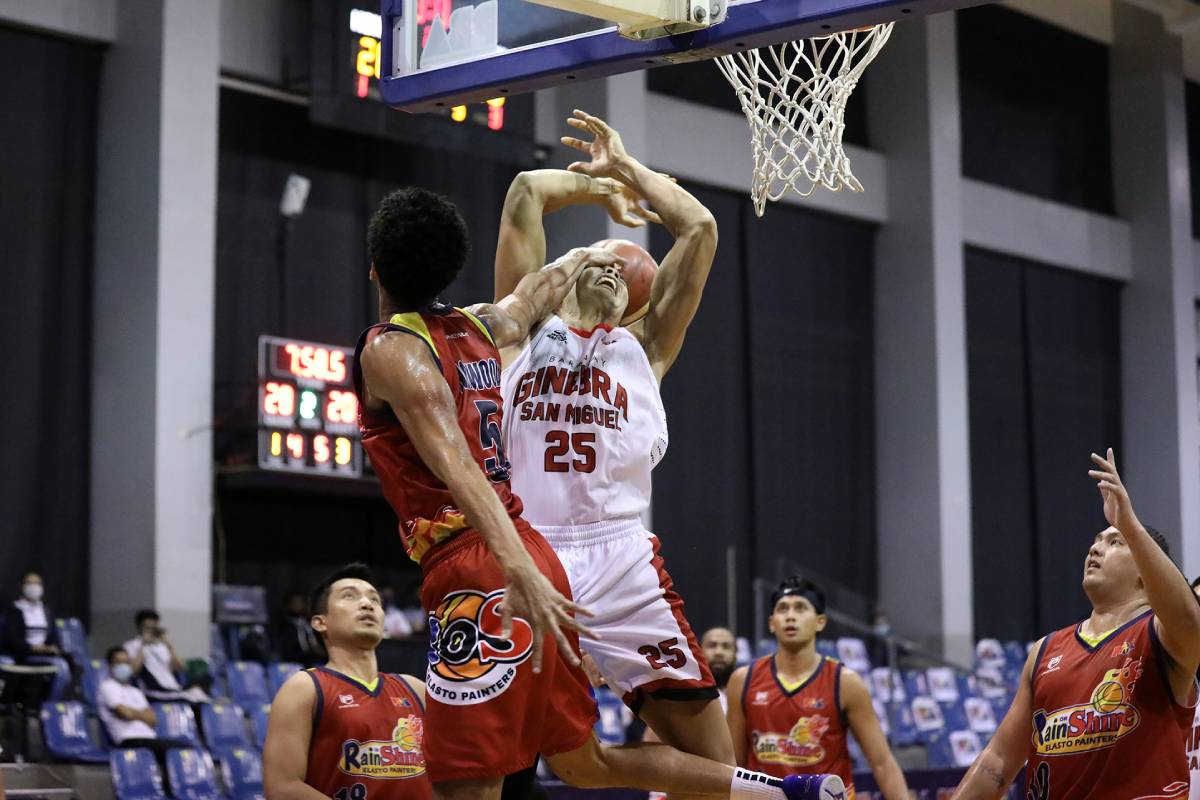 Barangay Ginebra Sam Miguel quickly emerged as one of the favorites in the 2020 PBA Philippine Cup following its blazing 4-0 start into the conference, equalling a franchise-best start from over three decades ago.

Coach Tim Cone was in awe after learning that the present-day Gin Kings had matched the feat of a team bannered by the Living Legend himself, Robert Jaworski. The aim was then to extend that run to five.

Last Sunday, the Barangay saw their bid foiled by long-time rivals Magnolia, 92-102. Paul Lee and the rest of the Hotshots overcame a 10-point third quarter deficit, before finishing strongly to snap their three-game skid in the bubble.

For Ginebra lead assistant coach Richard Del Rosario, the Gin Kings played in that “Bubble Clasico” as if they had already accomplished something with that 4-0 start.

“The problem was we played like a 4-0 team that won a championship already or accomplished anything, pero wala.

“Magnolia was a desperate team back then,” he told Tiebreaker Vodcasts’ Coaches Unfiltered, presented by SMART.

Ginebra then tried to rebound a couple of nights later, but an inspired Beau Belga and Rain or Shine frustrated the league’s most popular team once again through a thrilling 85-82 overtime victory.

The problem that time, according to the seasoned bench tactician, was that they became too reliant on Stanley Pringle. The veteran player finished with 20 points on 9-of-18 shooting alongside seven rebounds and six assists in nearly 47 minutes.

The former scoring champion also carried much of the load on offense versus the Hotshots. He scored 24 points, shooting 10-of-20 from the field in the 38 minutes and 33 seconds he logged.

“We were struggling offensively. Naging problema rin namin, we were too reliant on Stanley in that game. Stanley scored [20] points but he took around 20 shots, if I’m not mistaken,” Del Rosario said.

“Even against Magnolia he scored [24] … So parang ‘yung mistake namin before with Justin [Brownlee], we’re trying to rely on Justin too much offensively. I think we’re committing that same mistake doon sa Rain or Shine game.”

Ginebra now aims to bounce back, but that in itself has also become a challenge. It was supposed to play reigning, five-time champs San Miguel Friday, but the PBA postponed the games per the IATF’s recommendation.

Games will not move forward “until the new protocols proposed by the IATF and DOH are out in place,” the league said. Activities inside the hotel such as swimming, gym, billiards, jogging, and walking, however, remain allowed.

But then, that might just give the Gin Kings more time to figure things out while the rest of the league inside the bubble at the Clark Freeport wait for the resumption of the season.