The 21-year-old tied his season-best of 12 points to go along with five rebounds and two assists, while helping University of the Philippines to a 71-68 conquest of his former school.

Though it seemed like he had an axe to grind with La Salle — especially after the Archers limited him to just nine points and six rebounds in their first round encounter — Rivero said that was not the case.

His primary motivation was to help give the Fighting Maroons a twice-to-beat advantage in the next round.

Prior to this game, Rivero had been averaging just 7.0 points, 4.0 rebounds, and 1.4 assists per game. But he does not mind the numbers as — just like his good friend Jaydee Tungcab — he remains focused on helping on the defensive end. 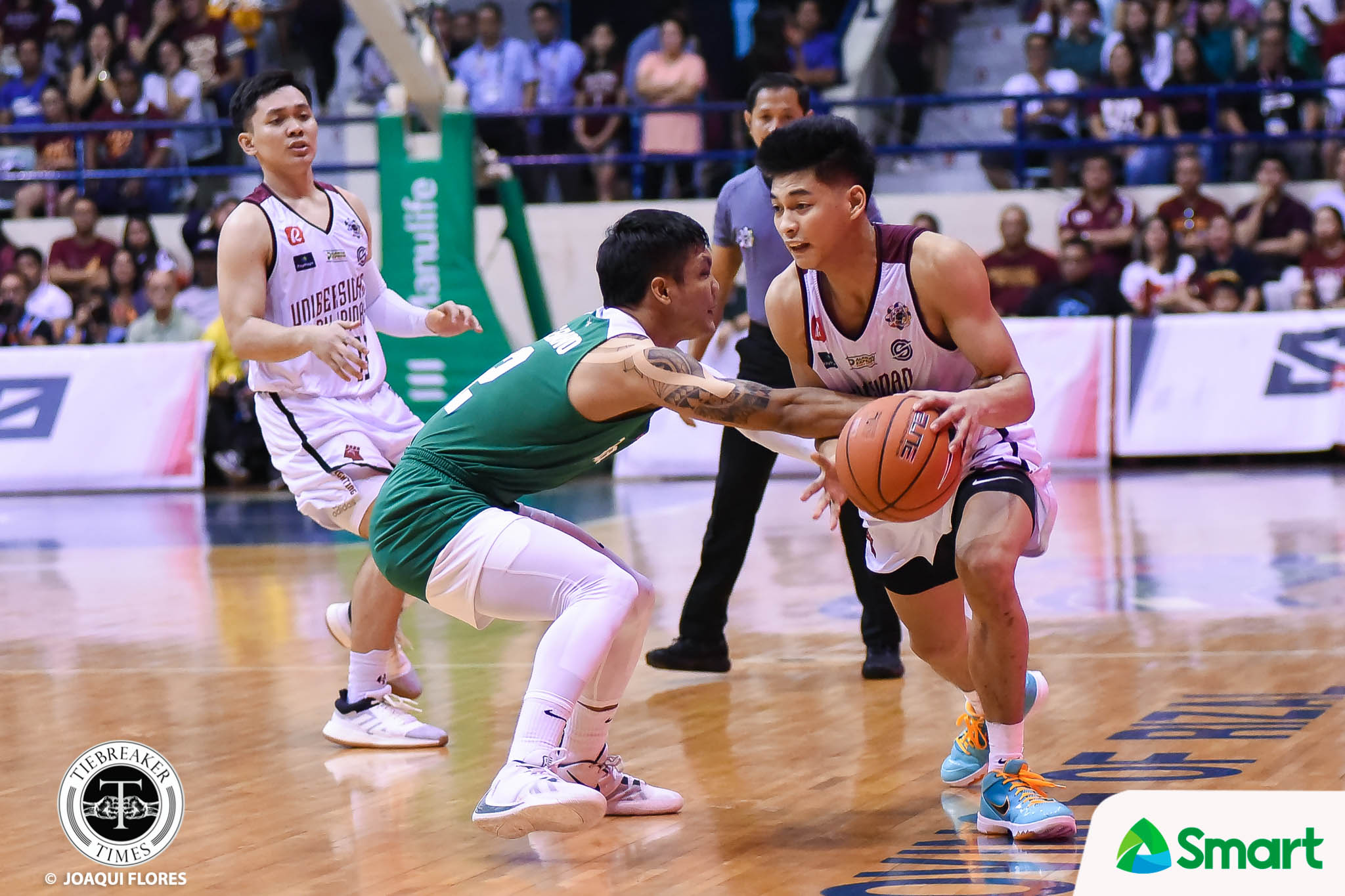 “What we need is defense and that’s what I’m doing.”

Rivero’s attitude throughout his first year in UP has greatly benefited the squad, since the once-alpha has taken a step back for the greater good.

And it was particularly important against La Salle.

“There were points in the game when we needed points, and Ricci’s contribution wasn’t just on points, but he was rebounding, he was defending, his mindset also of winning just rubbed off into the team. His confidence, his presence of mind inside — you could see it in him. Sometimes he goes out of the play, but you cannot question his intention,” said head coach Bo Perasol on Rivero, who went a plus-8 for the game.

“At the end of the day, his contribution was huge. But it was a team effort that gave us the win.”

But before thinking about their final game of the round against Ateneo, Rivero and his teammates plan to enjoy this one first. After all, this will be UP’s first-ever appearance to the Final Four armed with the twice-to-beat incentive.

And Rivero dedicates this to everyone who has helped them, supported them, and motivated them.

“Personally, it is really satisfying, because we really worked hard for this one. Not just me, not just the players, not just the coaches, but also the staff, the ball boys, the interns — everyone. We want to thank them also the community.”