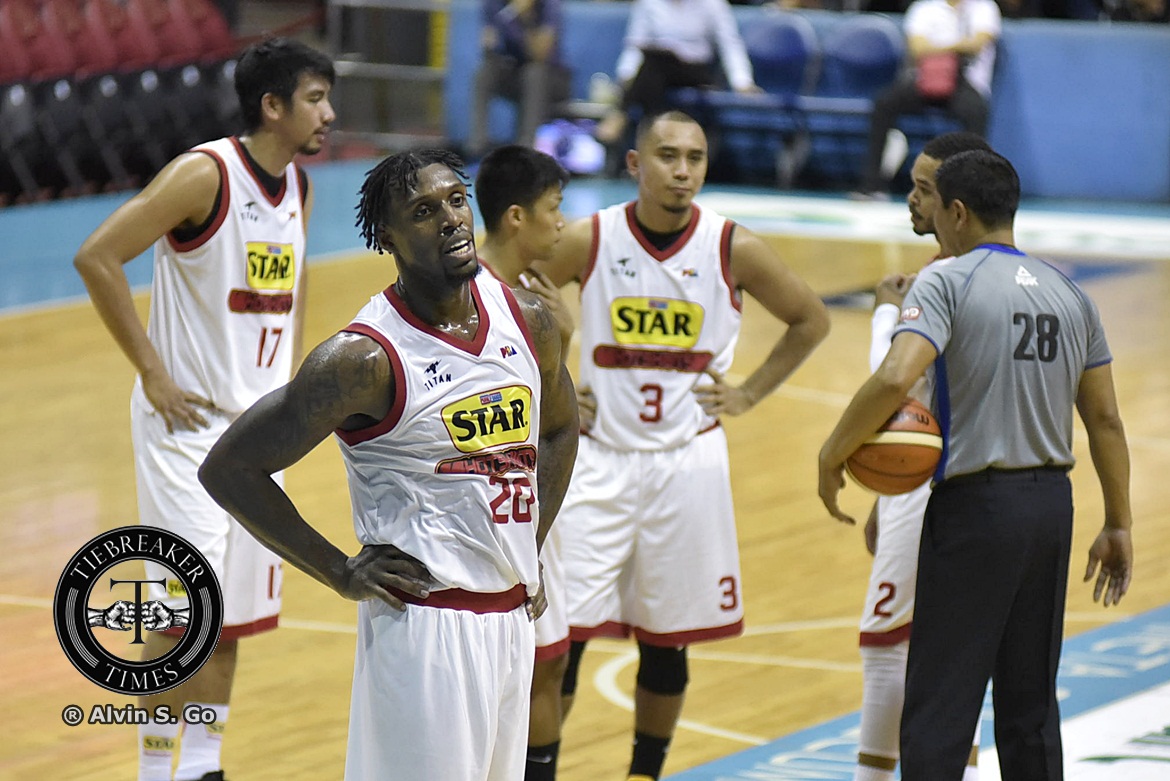 Star head coach Chito Victolero, moments after sweeping the defending Commissioner’s Cup champions Rain or Shine, admitted that he has yet to map out strategies against San Miguel Beermen, their rivals in the semifinals.

The first-year head coach may still be working on his game plan heading into the next round, but his prized import Ricardo Ratliffe says otherwise as he is all set to lock horns with the Beermen, especially with their beefed-up frontline.

“They are really tall but I’ll just be ready for it,” said the 6-foot-8 American, who finished with 26 points and 24 rebounds. “They have June Mar [Fajardo], Charles Rhodes, and Chris Ross — a deep team in every position.

“I think we match-up well though so it should be fun.”

Making it more exciting for Ratliffe is his match-up with fellow 6-foot-8 Rhodes, whom he had battled in the Korean Basketball League numerous times in the past.

“I played him against in Korea,” reflected Ratliffe, who last played for the Samsung Seoul Thunders last May. “Yeah, I beat him. Sometimes he beat me but I got a championship. He’s a good player though.

“That should be a good match-up. We will see.”

Wiith that, the Missouri Tigers product already gave out a fearless forecast in the series — Star in five games.

“Five games,” claimed the Hampton, Virginia native. “I’m pretty sure anybody in our locker room will say we’re gonna win. But it will be five games, a tough grinding series. Two good teams matching-up so its gonna be five.

“And there [in Game 5], we’re gonna compete in four overtimes.”