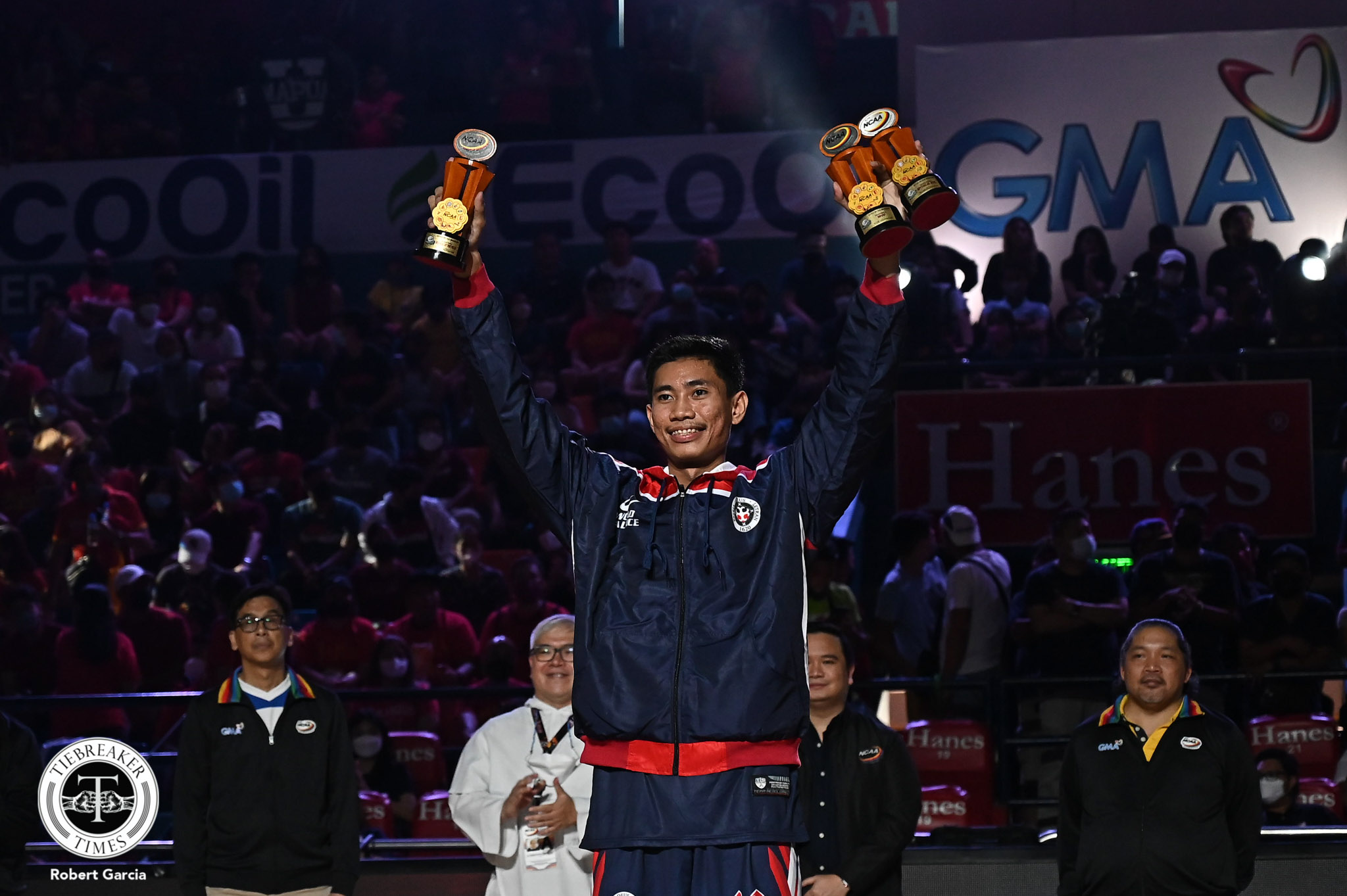 Rhenz Abando has been formally hailed as the NCAA Season 94 Seniors Basketball Most Valuable Player.

In a ceremony held before Game Two of the Finals pitting Letran and Mapua, the 24-year-old winger out of La Union took the league’s top individual honor.

Besides being the league’s MVP, Abando was also crowned as the league’s Rookie of the Year, becoming the fourth player to achieve the feat after PCU’s Gabby Espinas (2004), San Beda’s Sam Ekwe (2006), and Mapua’s Allwell Oraeme (2015).

Winning MVP though was not a walk in the park for Abando as he needed to edge out Arellano’s Justin Arana for the top plum.

Topping the PAV race was Arana with a monstrous 58.75 PAV tally.

Arellano and Benilde though were not able to make the Final Four, disqualifying them from the MVP race. 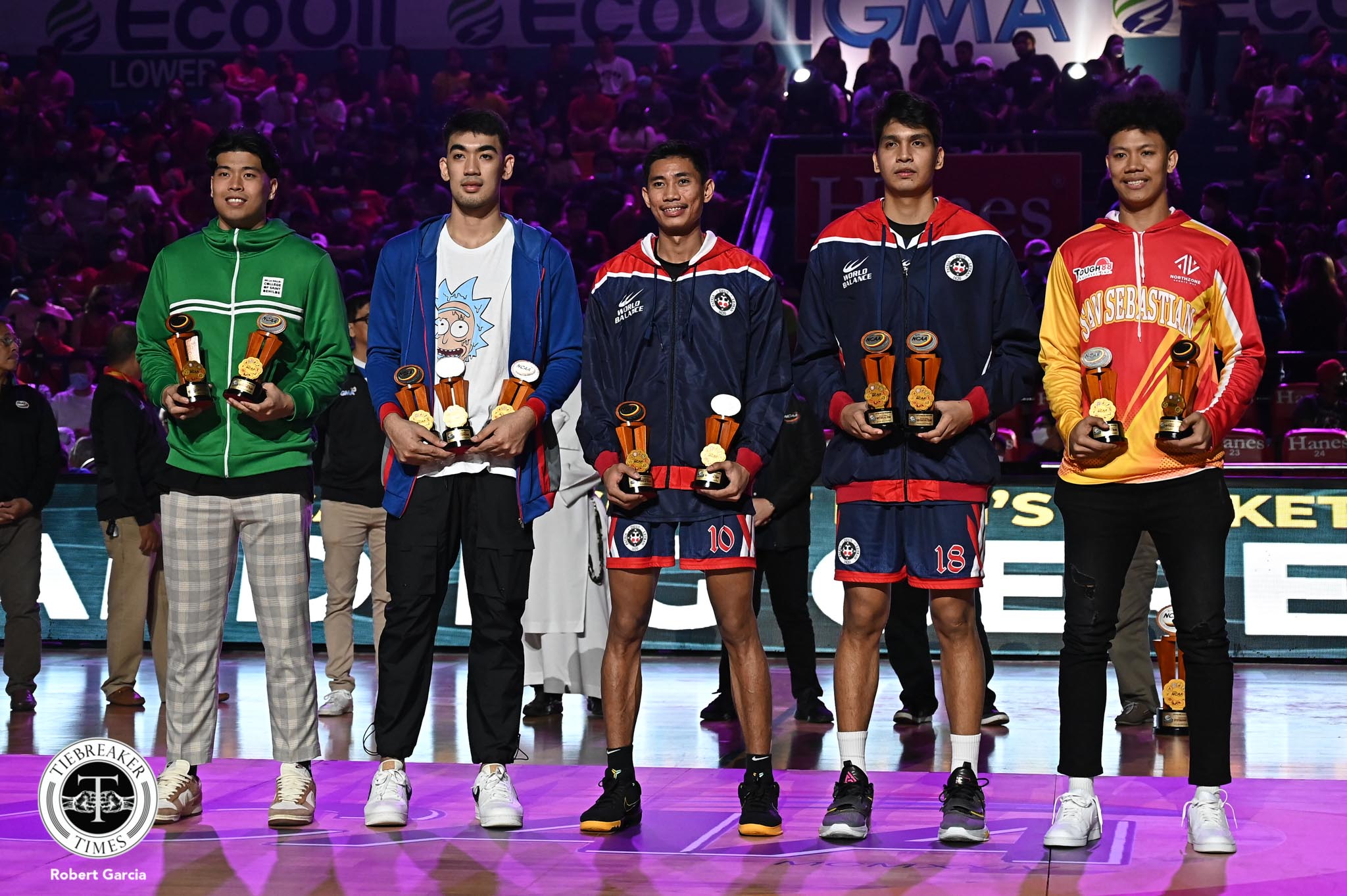 Arana, meanwhile, will end his collegiate career with another Defensive Player of the Year plum after accumulating 20.5 Defensive PAVs. 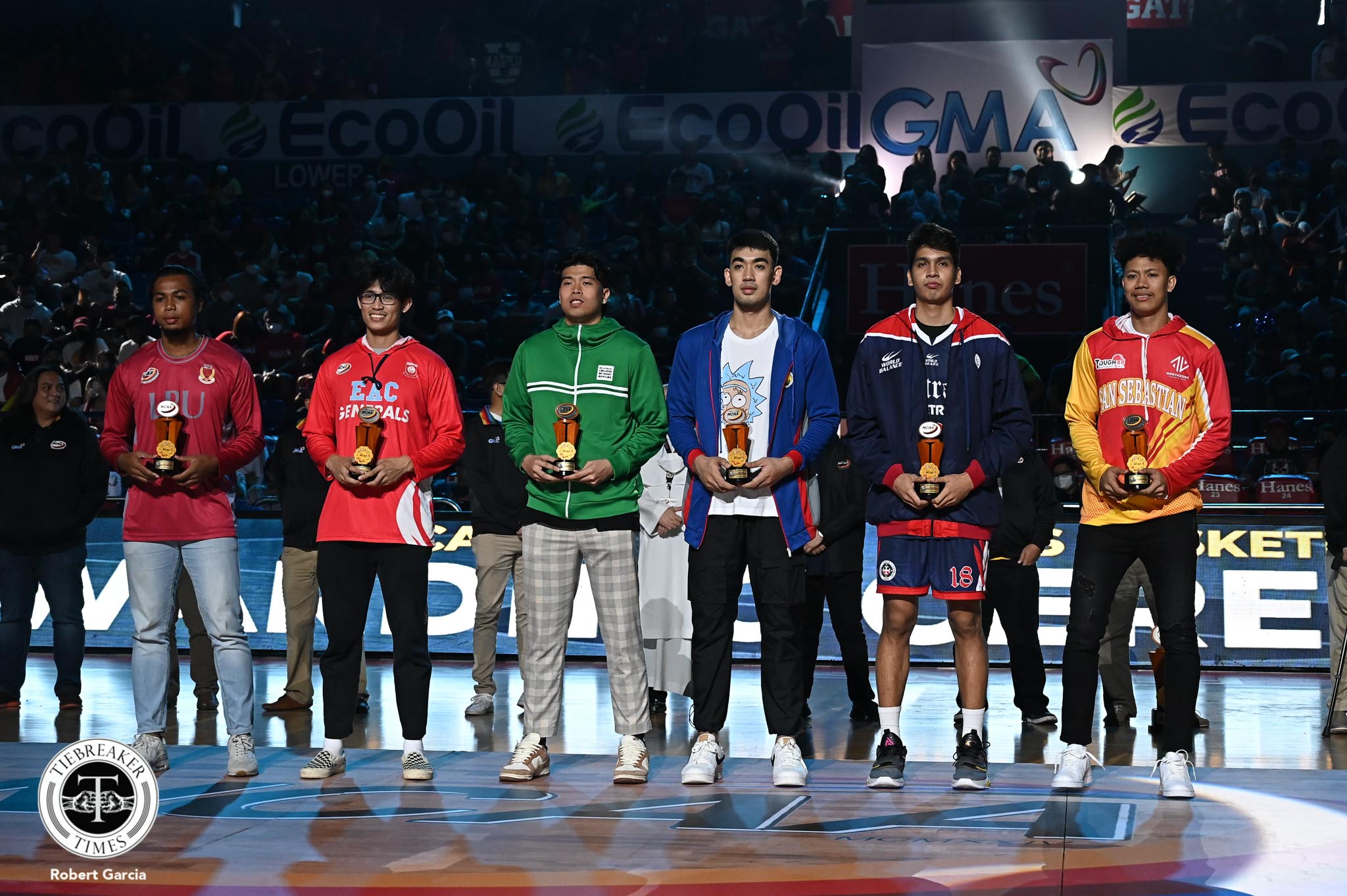 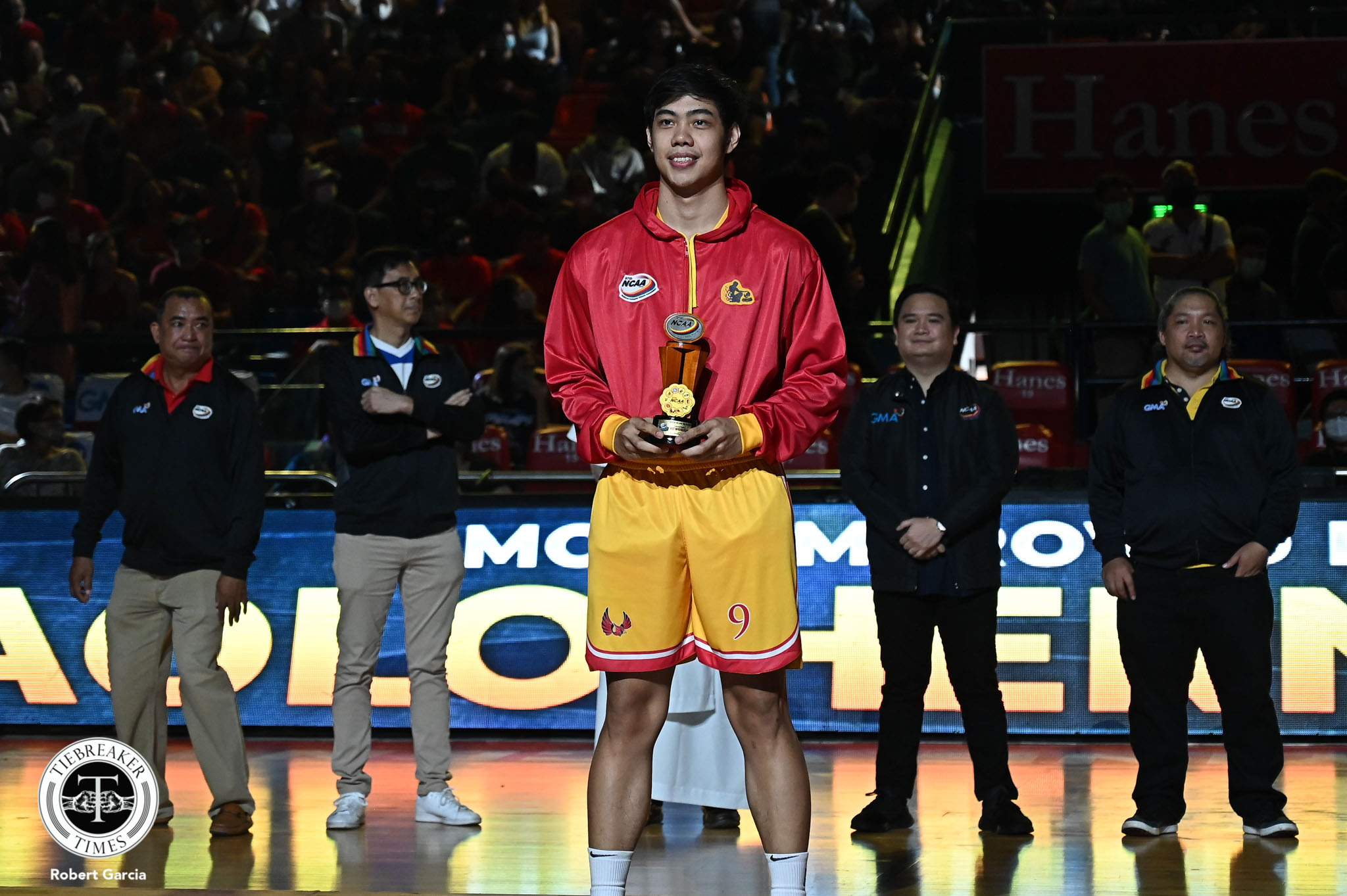 Mapua’s Paolo Hernandez, meanwhile, took the Most Improve Player award. He was no. 35 in the PAV race in Season 95 and shot up to the top 10 this season.