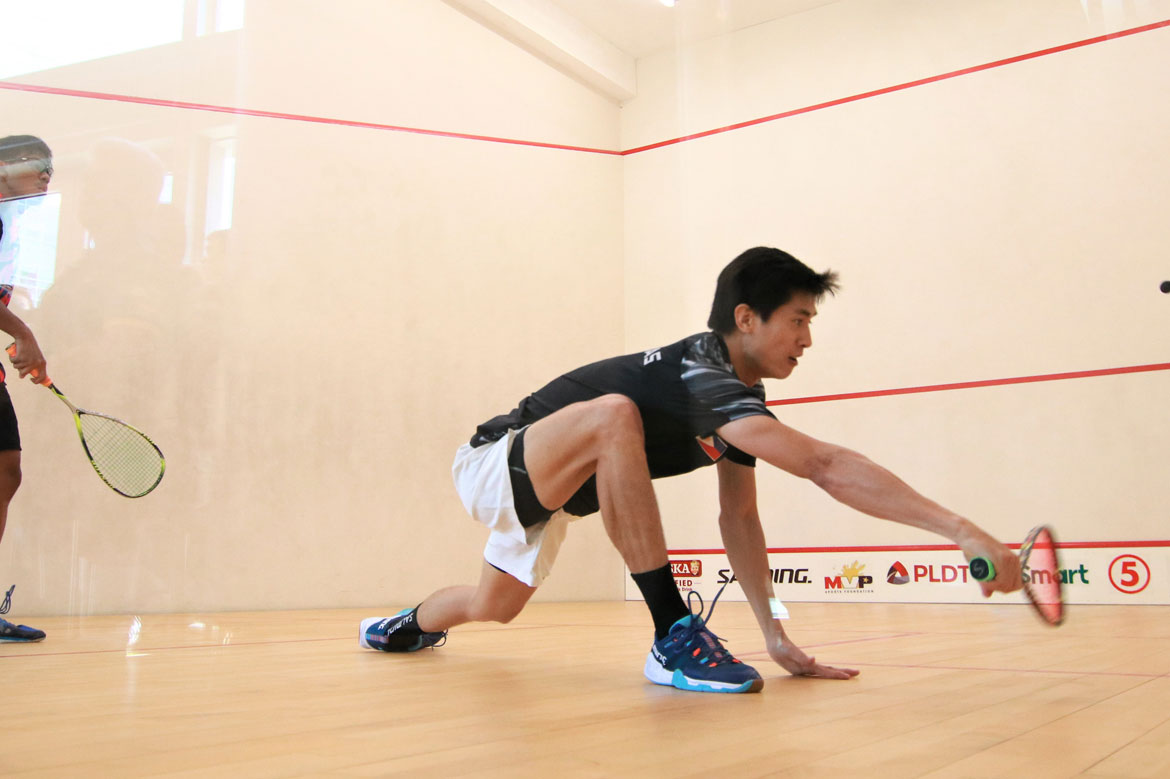 Reymark Begornia came back from the grave on Wednesday morning, rallying past the fancied Malaysian Muhammad Amir Aminul bin Azhar, 7-11, 12-10, 11-6, 11-8, 11-6, to reach the men’s singles finals of the 5th Southeast Asian Cup Squash Championships at the Kerry’s Sports courts inside the Shangri-la at the Fort Hotel in Taguig City.

Living up to the PH squad’s moniker of “Kayod Pilipinas”, Begornia scrambled out of a 0-2 hole. He outlasted Azhar in 61 minutes of riveting play in the singles semifinals, to gain a crack at the country’s first gold in the six-nation competition organized by the Philippine Squash Academy.

It was a splendid follow-up win for the Pinoy racket-wielder, who ousted top seed and compatriot Robert Begornia in the quarterfinals last Tuesday. He will try to sustain his amazing run in the tourney backed by the Philippine Sports Commission, Philippine Oympic Committee and the MVP Sports Foundation.

Yvonne Alisa Dalida absorbed a straight-set 6-11, 4-11, 5-11 setback to Malaysian No. 5 seed Noor Ainaa Amani Binti Ampandi in women’s singles semis. Nevertheless, her finish was worth a bronze for the country first medal in the competition serving as a test event for the 30th Philippine Southeast Asian Games.

“I never gave up so I am very happy for this result because I never thought I could get this far,” said Begornia after his thrilling comeback triumph over the 16-year-old Malaysian, who wilted in the face of the hometown bet’s endgame onslaught.

He could have made the match shorter had he not squandered leads of 9-5 and 10-8 in the second set, allowing the Malaysian to stage his own rally. Azhar reeled off fourth straight points and moved within a set of advancing to the championship round.

“Begornia showed a lot of self-belief by not getting himself down after that close loss in the second set,” noted national coach Manu Yam. “I merely told him to move on and play it patiently because I knew the Malaysian would eventually break down once Macmac (Begornia’s nickname) applied the pressure.”

Shrugging off the second-set loss, Begornia played like a man possessed in the succeeding three sets. He combined both power and finesse to pick Azhar apart, while often pouncing on the Malaysian’s vulnerable backhand.

When the Malaysian threatened at 8-10 in the fourth set, the Filipino refused to yield and reeled off two straight points in slamming the door over his fading foe.

In the deciding fifth set, Begornia was in a zone, breaking away from a 6-5 count by going on a decisive 5-1 run with a variety of shots to wrap up the match. 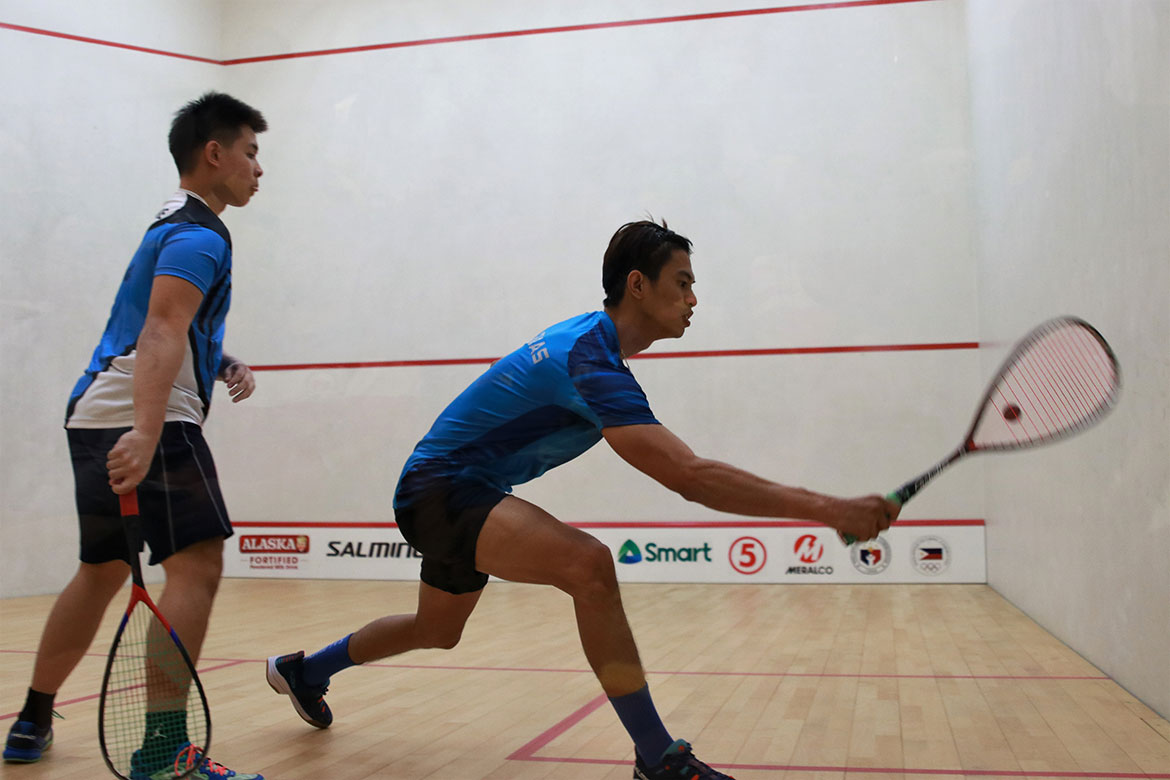 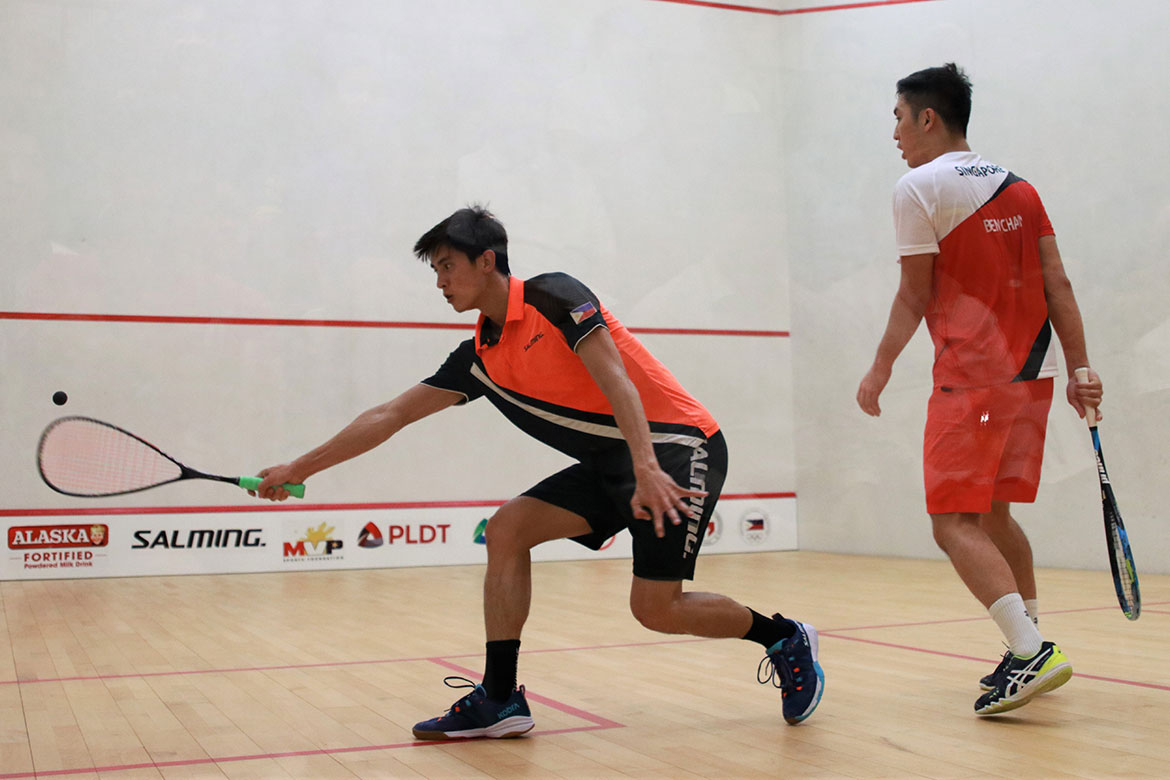 Reymark Begornia capped his improbable run in the 5th Southeast Asian Cup Squash Championships on Wednesday evening with an emphatic 8-11, 11-8, 11-5, 9-11,...