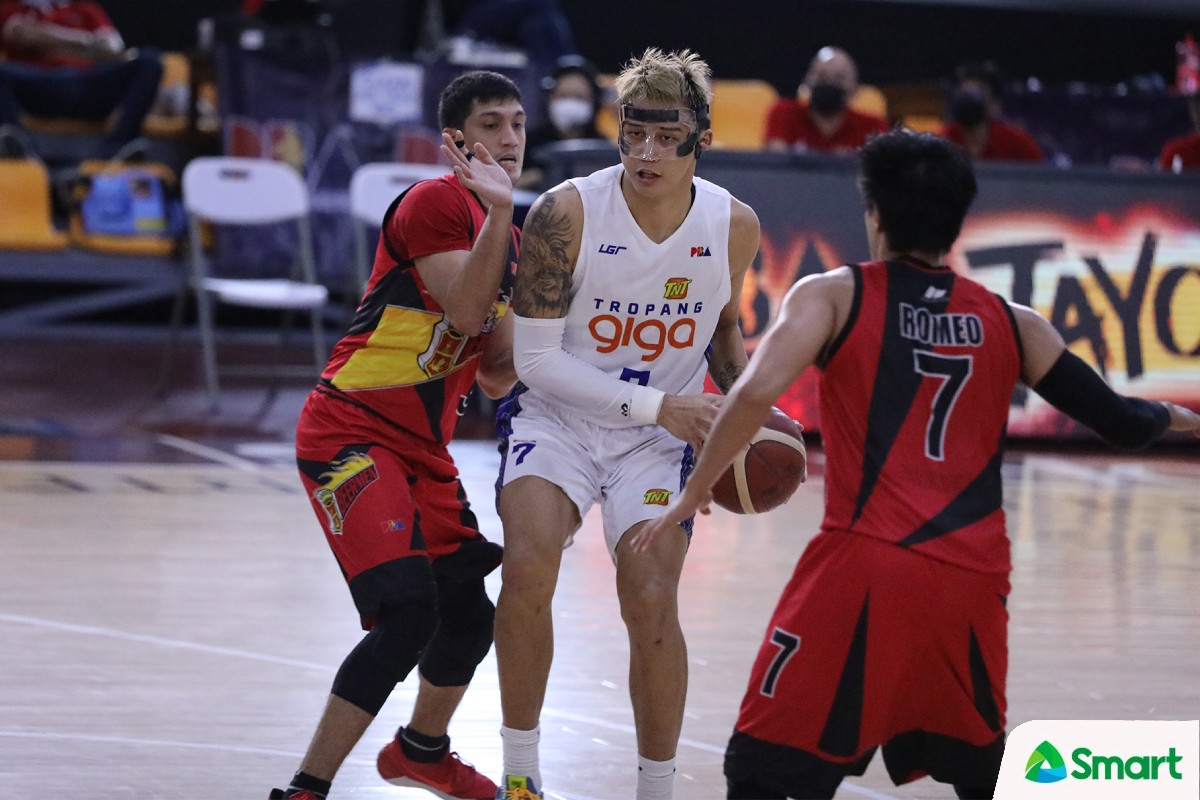 The biggest lesson TNT learned from its Game Four loss to San Miguel last Sunday was that it could not compete without two of its top big men.

Already without Kelly Williams in accordance with health and safety protocols, the Tropang Giga also lost Poy Erram due to a facial injury in the second quarter.

Things then turned from bad to worse. They lost, 90-116, reducing their 2021 Honda PBA Philippine Cup semifinal series to a virtual best-of-three.

“We couldn’t compete with them without Kelly and Poy,” admitted coach Chot Reyes. “It’s hard enough to compete minus one of our big guys. Now you lose our two big guys, and couple that with the fact that we came out flat.

“That’s the learning,” he added, as the Tropang Giga absorbed their worst loss of the tilt – and the most lopsided result of the semis – so far.

The odds were seemingly against them heading into Wednesday’s Game Five, given the uncertainty surrounding Williams and Erram.

“We had to wait until he [Williams] passed his antigen test, same with everyone. Yesterday, Poy, even until practice, couldn’t really fully practice yet, because he was figuring out how to use the mask that he had to wear,” Reyes said.

Luckily for TNT, both players were cleared to play. And the two wasted no time showing how different things could be when they are around.

Williams, in his first game back since their quarters, clash with erstwhile reigning champs Ginebra last Sept. 29, made 12 points. He also had three rebounds, three assists, a steal, and a block in over 29 minutes as a starter. 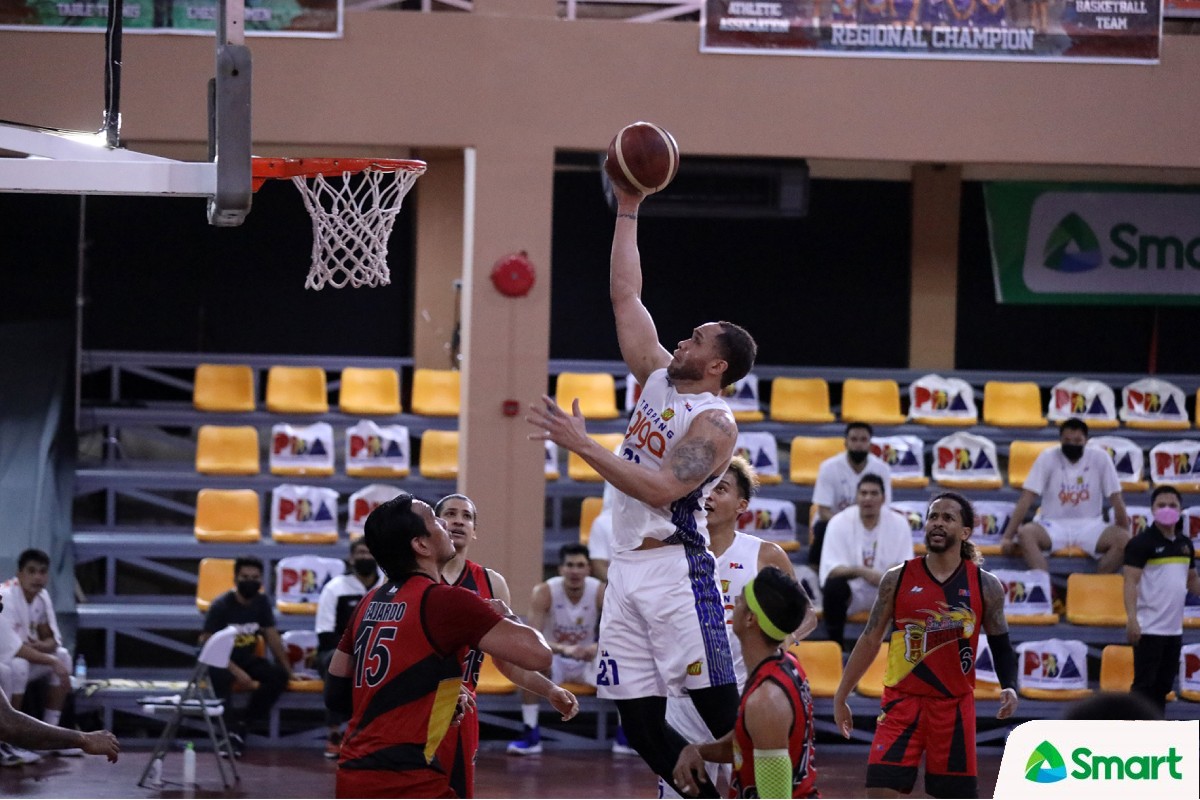 Reyes couldn’t be any more pleased to have the former MVP back in the fold, as he has an added weapon to throw at the Beermen’s frontcourt – particularly to reigning six-time MVP June Mar Fajardo and Mo Tautuaa.

“You saw it naman,” he said. “Just to have that extra body, that extra big guy to battle June Mar and Mo Tautuaa.

“They’ve been giving us huge problems throughout the series, so having that extra big man was very big.”

Erram, on the other hand, supplied 10 markers on two triples with six boards, providing the best he can despite nursing a fractured cheekbone – and getting the hang of playing while wearing a protective plastic mask.

“It was very dangerous for him to play without it,” said Reyes. “We’re just finding ways, ginagawan na lang niya talaga ng paraan. Shout out to the courage that Poy is showing.

“Putting his body and quite literally, his face on the line.”

Thanks to their presence, the full-strength Tropa ran away with the dominant 110-90 win to once again take control of the series, 3-2.

Reyes only has nothing but gratitude for the effort shown by Williams and Erram, and he hopes that everybody will continue to provide valuable contributions as the opportunity to return to the Finals beckons.

“So credit to those two guys. They came out, and they gave us huge minutes, even in less than ideal circumstances,” the champion mentor said. “And then, the other guys, they came in and did their part.

“And we just hope that we can continue getting good things out of all of our players.“