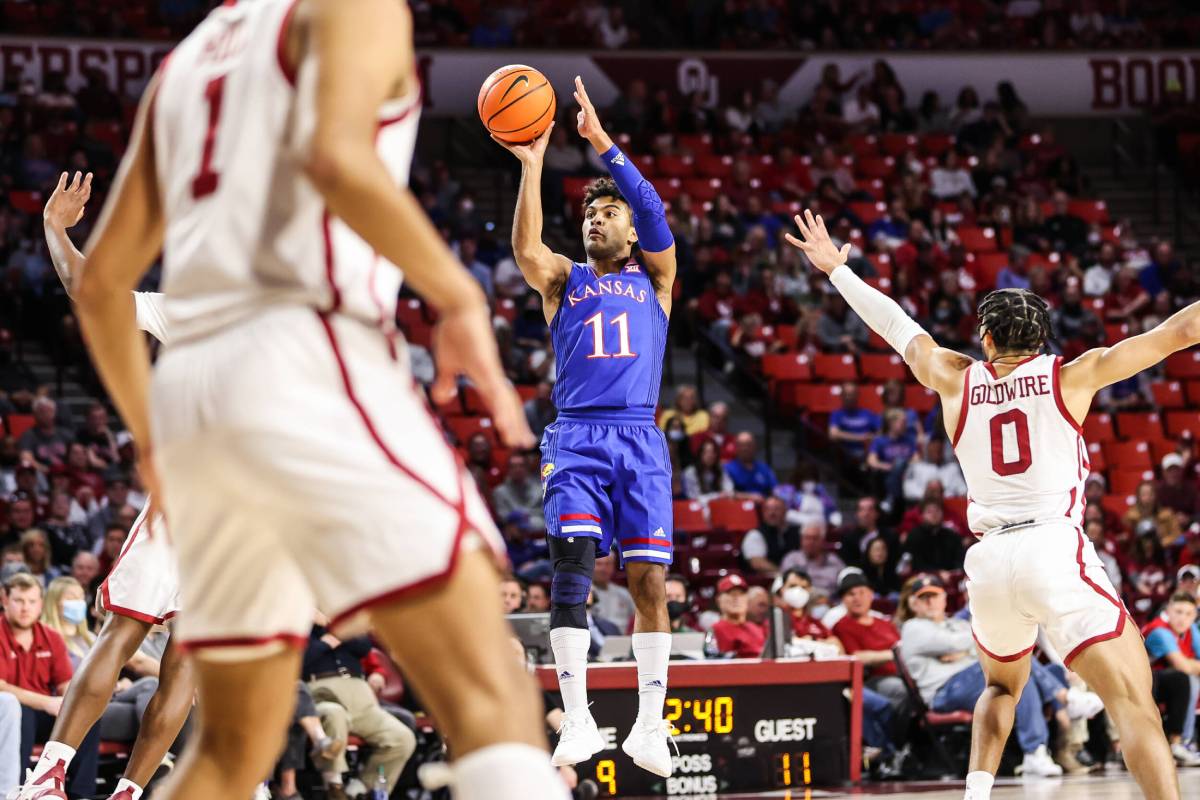 Kansas gutted out a character-building 67-64 win over Oklahoma to notch its fourth win in the Big 12 Conference, Wednesday morning (Manila time) at the Lloyd Noble Center in Norman, Oklahoma.

Remy Martin was limited to just 15 minutes in the contest, going just 1-of-5 from the field for two points. The Filipino-American guard also had two steals, two rebounds, and an assist.

The game itself went down to the wire.

With the game knotted at 62-all with 11 seconds remaining, Christian Braun was able to find Ochai Agbaji to give the Jayhawks the lead.

After a pair of Oklahoma free throws to make the score 65-64, Braun was fouled with four seconds left, connecting on a one-and-one. Oklahoma failed to convert on a last-second shot as Kansas escaped with the victory.

The Jayhawks, who went up to 15-2 overall and 4-1 in the conference, were led by Jalen Wilson, who had 16 points and eight rebounds.

Braun got 15 points while Agbaji tallied 10 points and five rebounds.

Martin and the Jayhawks will head to Manhattan, Kansas next to face Kansas State on Sunday (Manila time).