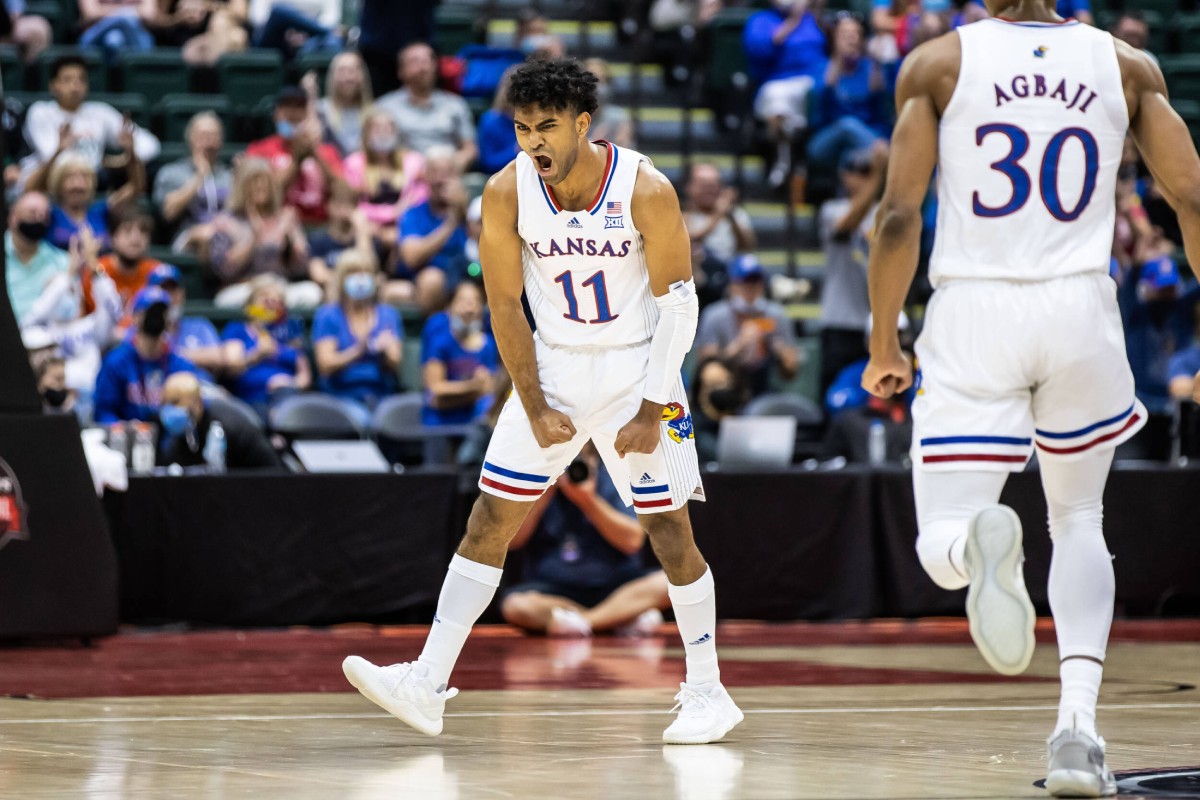 Remy Martin’s bounce-back game went for naught as Kansas fell to Dayton in the second round of the ESPN Events Invitational, 73-74, Saturday morning (Manila time) at HP Fieldhouse in Florida, USA.

Coming off a scoreless game against Stony Brook last November 19 (Manila time), the Filipino-American had 17 points on 7-of-11 shooting with three rebounds gainst the Flyers.

With 2:02 left, Martin nailed a jumper to cut Dayton’s lead to just one, 70-69. Ochai Agbaji followed it up with a layup and a dunk moments later to give the Jayhawks a three-point edge with 1:05 remaining.

Off a timeout, Malachi Smith scored on a bucket to cut the lead down to one.

With 15 seconds left in the contest, David McCormack swatted away Smith’s layup attempt but Mustapha Amzil was at the right place and at the right time, scoring on a buzzer-beating one-hander to deal the Jayhawks their first loss in five games.

Dayton, who went up to 3-3, had a balanced scoring spread with Toumani Camara and Elijah Weaver both scoring 14 points. The former also had seven rebounds and two assists.

DaRon Holmes II went 6-of-9 from the field as well for 16 points while Malachi Smith and Koby Brea got 10 point seach.

Amzil’s buzzer-beater was his sole field goal of the game.

Ochai Agbaji led Kansas with 21 points while Christian Braun added 17 points on 8-of-12 shooting from the field.

Kansas will play Iona in the consolation final of the ESPN Events Invitational on Monday (Manila time).