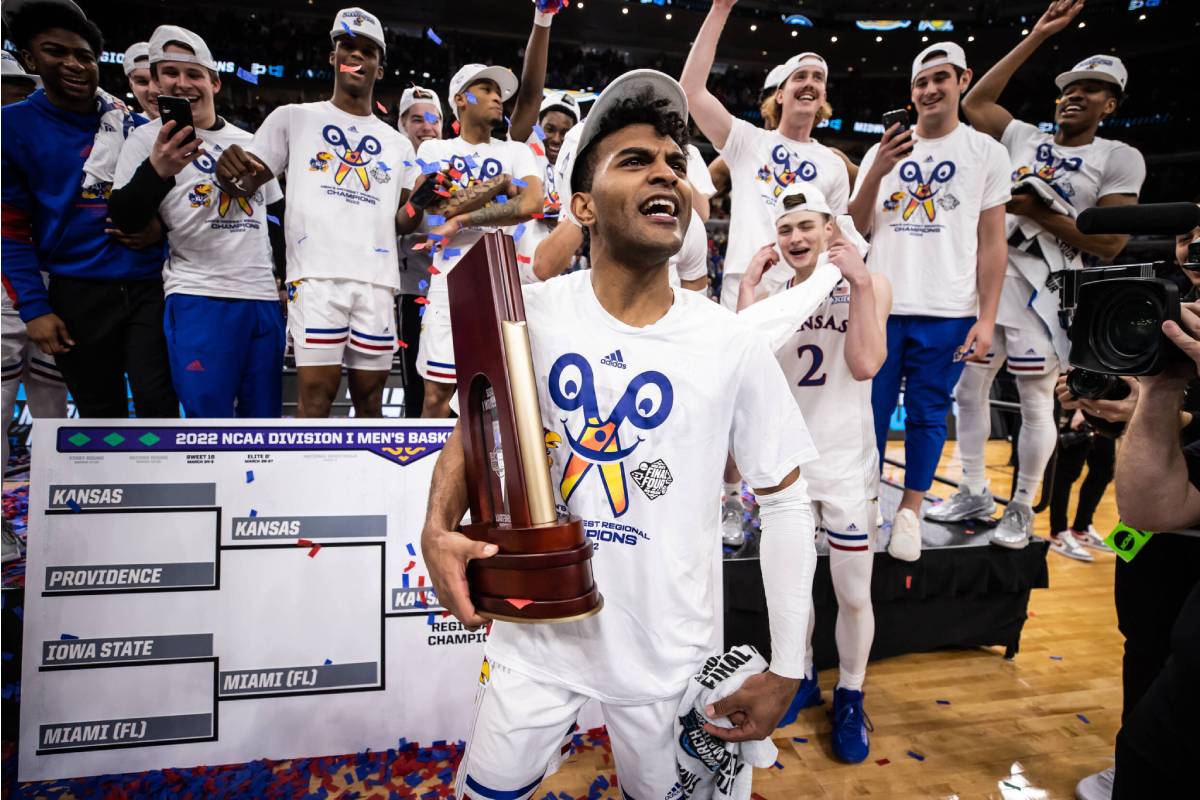 Remy Martin and top-seeded Kansas stormed back against 10th-seeded Miami, emerging victorious with a lopsided 76-50 win in the Elite Eight round of the 2022 NCAA tournament’s Midwest region, Monday morning (Manila Time) at the United Center in Chicago, Illinois.

Both teams figured in a seesaw battle at the early stages of the game before the Hurricanes found their rhythm and closed the first half with a 35-29 lead. The Jayhawks struggled with their shooting all night long but their stifling defense was able to keep them within striking distance of their opponents.

Bill Self’s squad then unleashed a strong surge in the second half as they outscored Miami 47-15 to end the game on a blowout victory. The Jayhawks are set to return to the Final Four for the first time since 2018.

Ochai Agbaji did the heavy lifting for Kansas with 18 points, five rebounds, and four assists while David McCormack contributed 15 points and four rebounds.

Martin was held in single digits for the first time in the 2022 NCAA tournament as he finished with nine points, six rebounds, and two assists in 24 minutes of action. Despite having a lower production against Miami, the Filipino-American guard was still hailed as the Midwest Regional Most Outstanding Player after averaging 16.7 points, 5.2 rebounds, and 3.2 assists in four games played in the tourney.

Meanwhile, the backcourt duo of Kameron McGusty and Isaiah Wong headlined the Hurricanes with 18 and 15 points, respectively.

With the statement victory, Kansas will now head to a Final Four clash with Villanova on April 2, Saturday (Manila Time) at Mercedes-Benz Superdome.