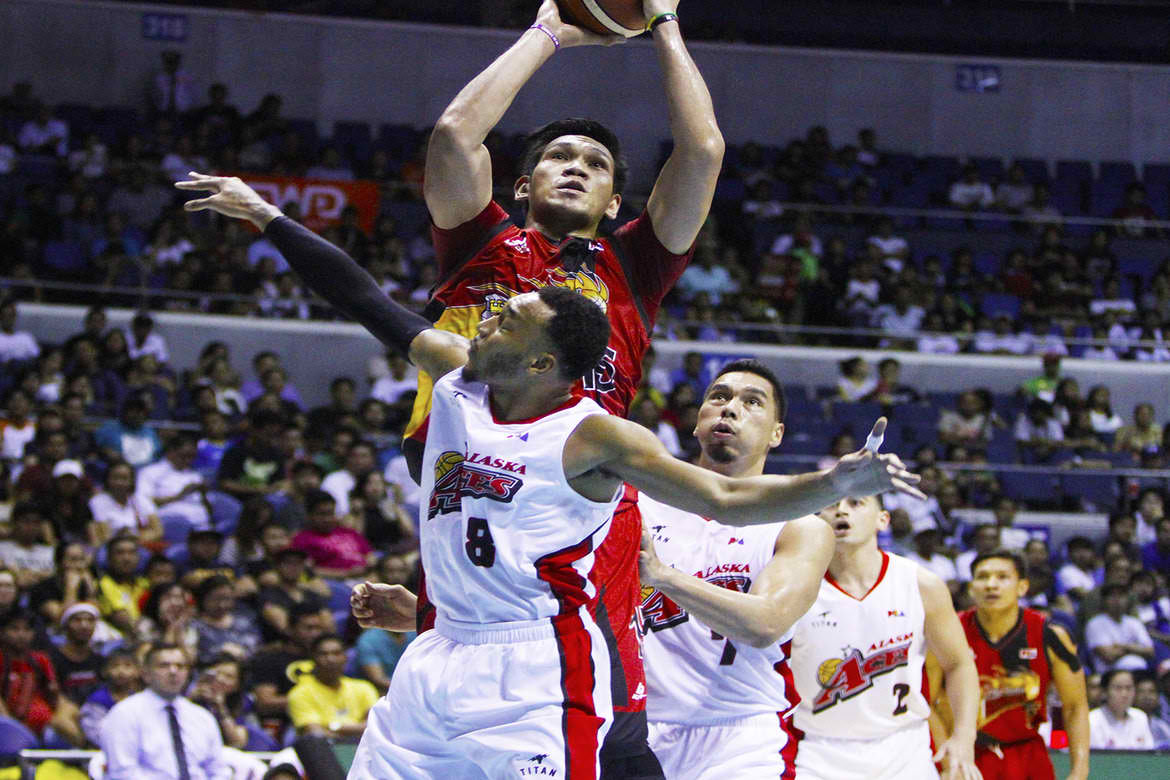 No import, no problem. The All-Filipino crew of the San Miguel Beermen pulled off a nail-biting 106-103 win over the Alaska Aces at the Smart Araneta Coliseum on Wednesday evening.

June Mar Fajardo was in MVP form for this game in the absence of import AZ Reid, finishing the night with 37 points, on 12/17 shooting, 14 rebounds, and three blocked shots.

Contrary to reports earlier today that Reid had parted ways with the team, Coach Leo Austria clarified in the post-game that they still had the two-time best imports intact with the roster, but Reid had missed this win due to an injury.

Despite the absence of their reinforcement, the depth of the Beermen proved to be sufficient against Alaska’s grit. The Aces were led by Ladontae Henton’s 45-point outing, but his effort came up short, including two misses down the stretch.

The Beermen erased an 11-point deficit in the fourth quarter by going to Fajardo in the paint. As San Miguel were able to claw their way back, Alex Cabagnot fired two triples in the last two minutes to lift his team by three at 102-99.

Alaska prevented the Beermen from increasing the lead by tying the match twice. Free throws played a huge role for SMB, but Henton failed to convert two attempts for Alaska.

San Miguel trooped to the free throw line for a 29/43 clip, 21 more attempts compared to Alaska’s 15/22 shooting. The Aces had more points on fastbreak at 19-4, but three more makes from beyond-the-arc by SMB spelled the difference in this close game.

SMB (5-2) look to get it going after a week, when they face the Meralco Bolts (5-3). On the other hand, Alaska (2-5) seek to avoid the cellar of the standings against Blackwater (1-6) on Sunday. Both games will be played still at the Big Dome.