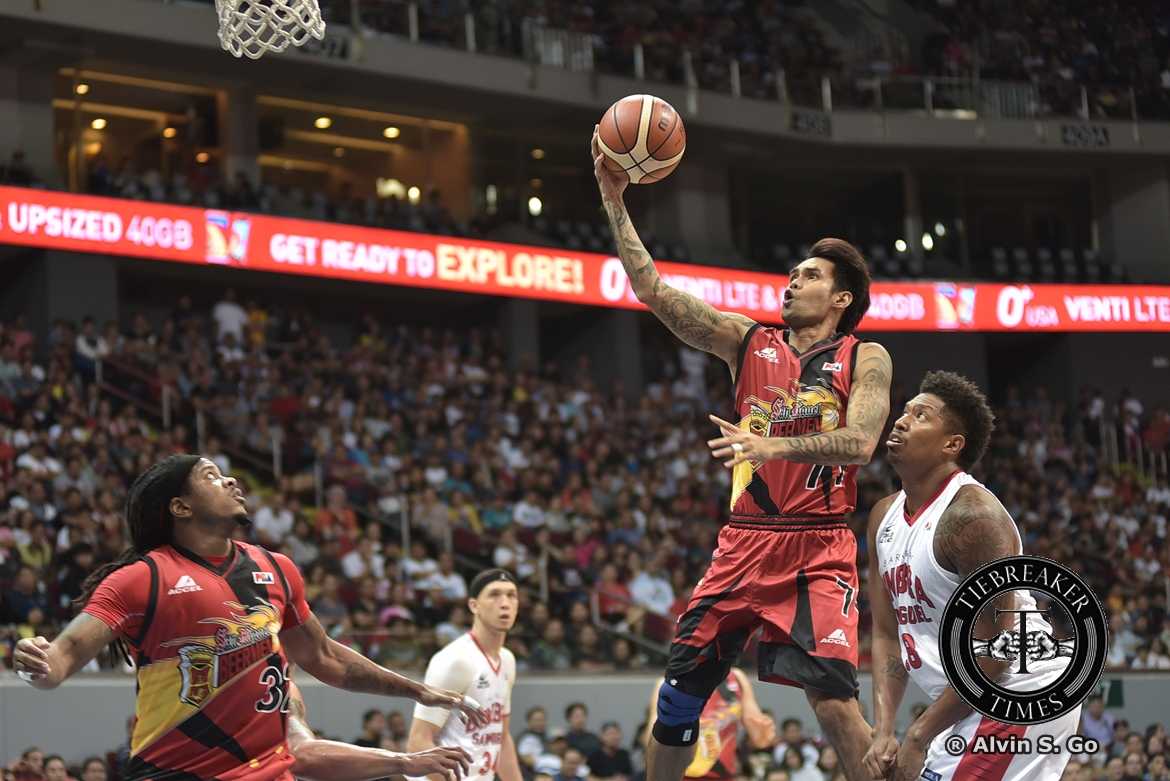 In another installment of a classic PBA Superball Sunday, the San Miguel Beermen ended as winners in the night cap of another double-overtime game over the Barangay Ginebra San Miguel, 111-105, at the SM Mall of Asia Arena.


AZ Reid and June Mar Fajardo both had massive double-doubles to lead the way for the Beermen. Reid posted 26 points and 15 rebounds, while Fajardo shrugged off a slow start and finished the night with 17 points and 17 boards.

San Miguel took control for the most part in regulation wherein they held a lead as high as 24 in one point at 71-47. However, a frantic Ginebra rally, anchored by another showcase of their ball movement helped them gather a 19-2 run in the second half.

An unfazed SMB team reinstalled a double-digit cushion in the fourth behind critical three-pointers by Arwind Santos and AZ Reid. On the flip side, Justin Brownlee capped a 9-2 run to end the regulation to force overtime.

In the first overtime, San Miguel used a 9-0 start to seemingly finish the deal for good. Unfortunately, four triples by Ginebra continued the ‘Never say die’ rally that was crucial in extending the match again.

As fatigue started to kick in, former best import Reid took control in second OT, as he made necessary free throws and a putback to lift his Beermen late. SMB held a six-point lead with a minute left, that was well enough for the win.

San Miguel shot 16-for-40 from downtown, compared to only 11 makes from Ginebra out of 35 tries. Moreover, a dominant interior team in SMB took charge of more second chance points at 20-13.

#ReadMore  Cone on tough decision vs SMB then getting top seed: 'It's the right call'

Brownlee had 33 points, 22 rebounds in the loss to pace Ginebra. Tenorio chipped in 17 markers, five boards and five assists.

Gary David and Chris Ross both suited up for the Beermen in the first half, but saw no action from that point because of injuries.

San Miguel (4-1) will have the GlobalPort Batang Pier (1-4) in their next assignment on Friday at the Ynares Center in Antipolo. On the other hand, Ginebra (4-2) looks to get back on the winning track against the Rain or Shine Elasto Painters (3-2) next Sunday at the Big Dome.