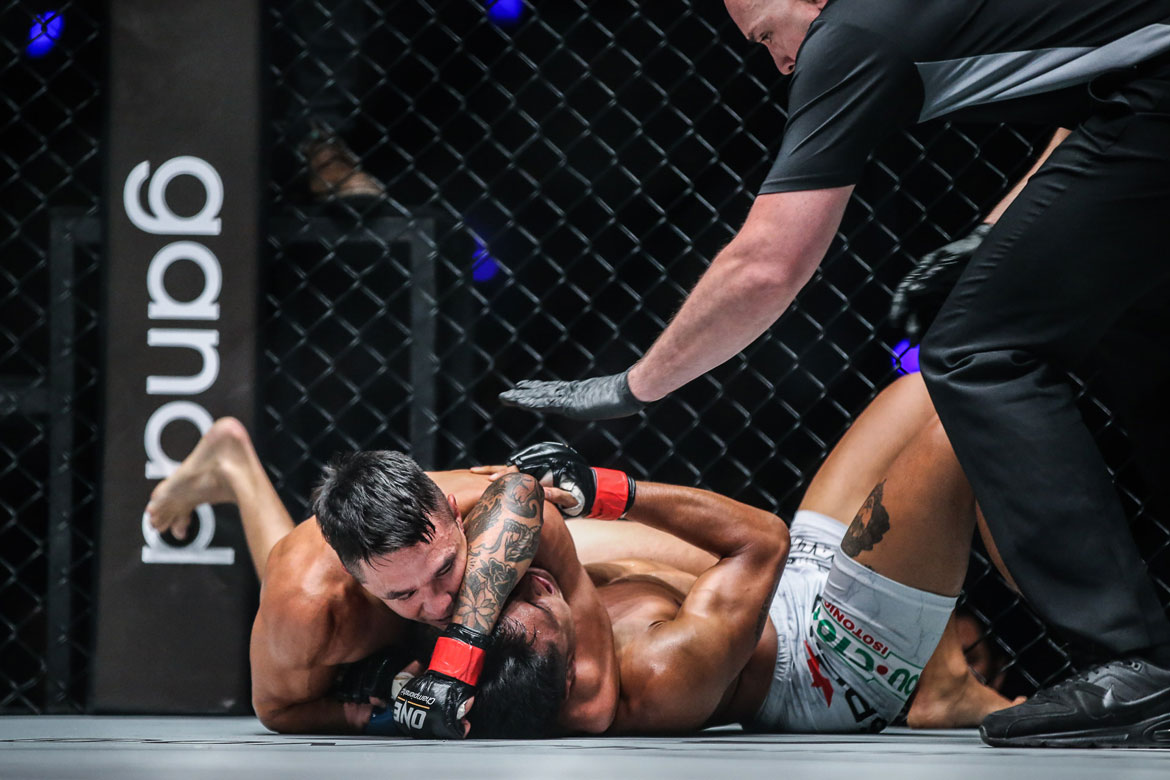 There was a lot at stake when Filipino-Australian grappler Reece “Lightning” McLaren stood face-to-face with Malaysian hero Gianni Subba during ONE: Visions of Victory held at the Axiata Arena in Kuala Lumpur.

McLaren was originally supposed to face reigning ONE Flyweight World Champion Adriano Moraes in Malaysia, but the Brazilian was forced to withdraw due to injury. McLaren selflessly accepted a short notice bout against Subba, putting his challenger status on the line to ensure the show still had a headliner.

Heading into the match-up, Subba was perceived to have the edge in the striking department, whereas McLaren, a Brazilian jiu-jitsu black belt, owned a grappling advantage. The action, however, was varied, and shifted from striking to grappling for the majority of the contest.

In the first round, “Lightning” immediately tried to close the distance from the get-go, storming out of the gates looking for a takedown. Subba, with his long reach, used his strikes to keep the Aussie from getting on the inside.

As McLaren constantly shifted between the southpaw stance and orthodox, the Malaysian caught him with a long and rangy left jab. It quickly became evident that the local favorite had to keep McLaren out of range, or else risk being taken to the mat.

After ducking a punch from Subba, however, McLaren was able to drive him to the canvas with a single leg takedown. He then swiftly took full mount, and ended the round with ground and pound.

The Malaysian turned up the pressure in the second frame, using his kicks to sweep McLaren’s legs from underneath him. At this time, “Lightning” chose to operate primarily in the southpaw stance, where he was able to move well and circle towards Subba’s weaker side.

McLaren’s game plan was evident, as he constantly sought the takedown. Subba was scouting him quite nicely, however, and defended comfortably while continuing to fire away with his left jab.

Although the Malaysian employed a sound striking strategy, the momentum started to shift towards McLaren, who connected on a left straight that shook Subba. McLaren proved relentless in looking for the takedown, and in an instant, he was able to secure a double leg, bringing Subba to the canvas once more.

Within mere seconds, McLaren moved into full mount, masterfully trapped the Malaysian’s left arm across his shoulder, and stepped over to complete an arm-triangle choke in a flash. The hold was deep, and Subba had no choice but to tap. 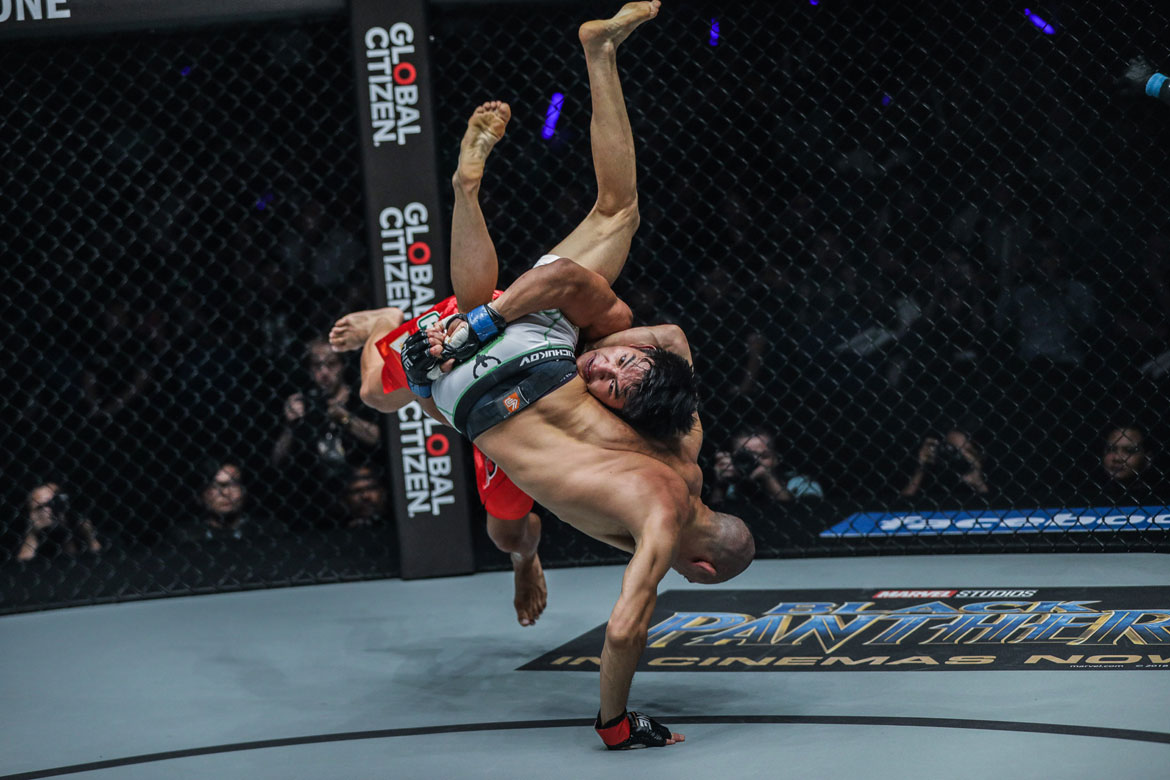 Earlier in the night, Danny “The King” Kingad relaunched his rise to the top of the flyweight division.

The Filipino bounced back from his defeat to ONE Flyweight World Champion Adriano Moraes, outlasting 20-bout Bulgarian veteran Sotir “The Trouble” Kichukov.

This is Kingad’s first fight away from the Philippines, and he secured his ninth victory in his young career.

“The King” started the bout fast, securing a near-instant takedown on Kichukov before moving into side control. Though best known for his wushu striking, Kingad showcased his ground game in impressive fashion. He used Kichukov’s attempt to stand up as an opportunity to swiftly move to the Bulgarian’s back.

Kichukov recovered his composure after that initial flurry on the floor, and scrambled back to top position, before the bout eventually returned to the feet for the end of the round.

The second frame started with “The Trouble” putting Kingad in big trouble, as the Filipino’s takedown attempt resulted in Kichukov locking up a tight guillotine choke. Kingad remained calm and managed to escape, and then returned to his bread and butter — his wushu striking.

He landed some spectacular strikes, and looked to impose himself on his more experienced opponent, but Kichukov matched “The King” and ended the stanza with another guillotine attempt.

The third round began with the result of the contest still in the balance. Both men looked to establish dominance over the other, with Kichukov initiating an early scramble on the mat.

Kingad looked to keep the bout on the feet, but “The Trouble” caught the Filipino catching his breath against the cage. He took the chance to take “The King” to the canvas, moved to back control, and went to work on a rear-naked choke.

With both men battling all the way to the scorecards, it was left to the judges to determine the victor after a hugely competitive encounter. And after the scorecards were collated, all three judges were in agreement as Kingad’s hand was raised.

Kichukov may have had more career wins than Kingad had bouts, but the result proved that, at just 22, “The King” already has the grit, determination, and maturity to battle toe-to-toe with a seasoned martial arts veteran and come out victorious.