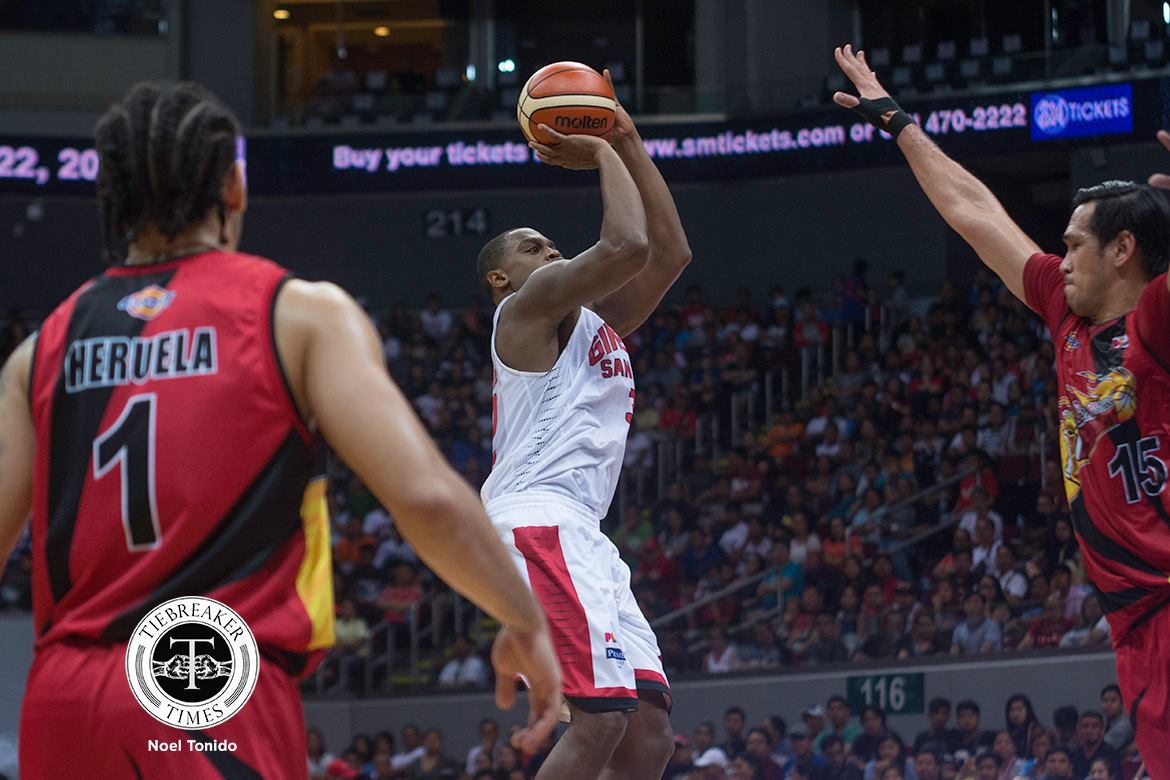 He unfortunately committed a turnover that led to a basket at the other end, and airballed a potential game-tying triple. The hot five-game winning streak of Barangay Ginebra then saw its bitter end at the hands of Rain or Shine.

In that moment, the pro-Ginebra crowd was in total disbelief. Their team could have immediately qualified for the 2017 Commissioner’s Cup playoffs had they won, but Brownlee — their hero for so many games in that streak —- and his errors had just cost them that chance.

“He was upset [with] himself,” shared Ginebra head coach Tim Cone, attesting to the regret Brownlee felt after that mishap. “He felt he took a bad shot at the end of the game.”

And on Sunday night, Brownlee showed sincerity in his apology regarding Friday night’s blunder. He made up for that mess, assertively serving as the Barangay’s captain en route to the playoff-clinching 107-99 victory over the mighty San Miguel Beermen.

The 29-year-old had his hands all over the win, scoring 34 points on 47 percent shooting to go with 12 rebounds, three assists, three steals, and four blocks, showing how much he wanted to redeem himself.

“He made it up tonight, certainly. He certainly made up for it tonight,” a satisfied Cone lauded of his prized import.

And for the Tifton, Georgia-born American, it was redemption done right.

“I owned up to coach and I just tried — this game — to be more focused. And I focused on the game plan. I did a really good job, we did a great job and we came away with the win tonight,” said the 6-foot-7 forward.

Right from the get-go, the Barangay were fiery on offense, even jump-starting to a 17-4 run in the opening frame. They even led by as much as 20 at one point in the bout, venting out their frustrations on the Beermen.

“We were definitely motivated. Man, it was just a bad [loss] ’cause I think we should’ve won that game, being in control of that game,” said Brownlee.

Nevertheless, Sunday night’s victory was sweet enough. Not only did they redeem themselves and take down one of the league’s giants, but it has finally sent them to the import-laden conference playoffs after being delayed by a game.

“It’s great — we showed great character from my team — to be able to bounce back. Taking from the loss Friday, we just learned a lot from it,” said Brownlee.

“Just staying together, I think was very helpful tonight — using our teamwork to the best of our advantage.”