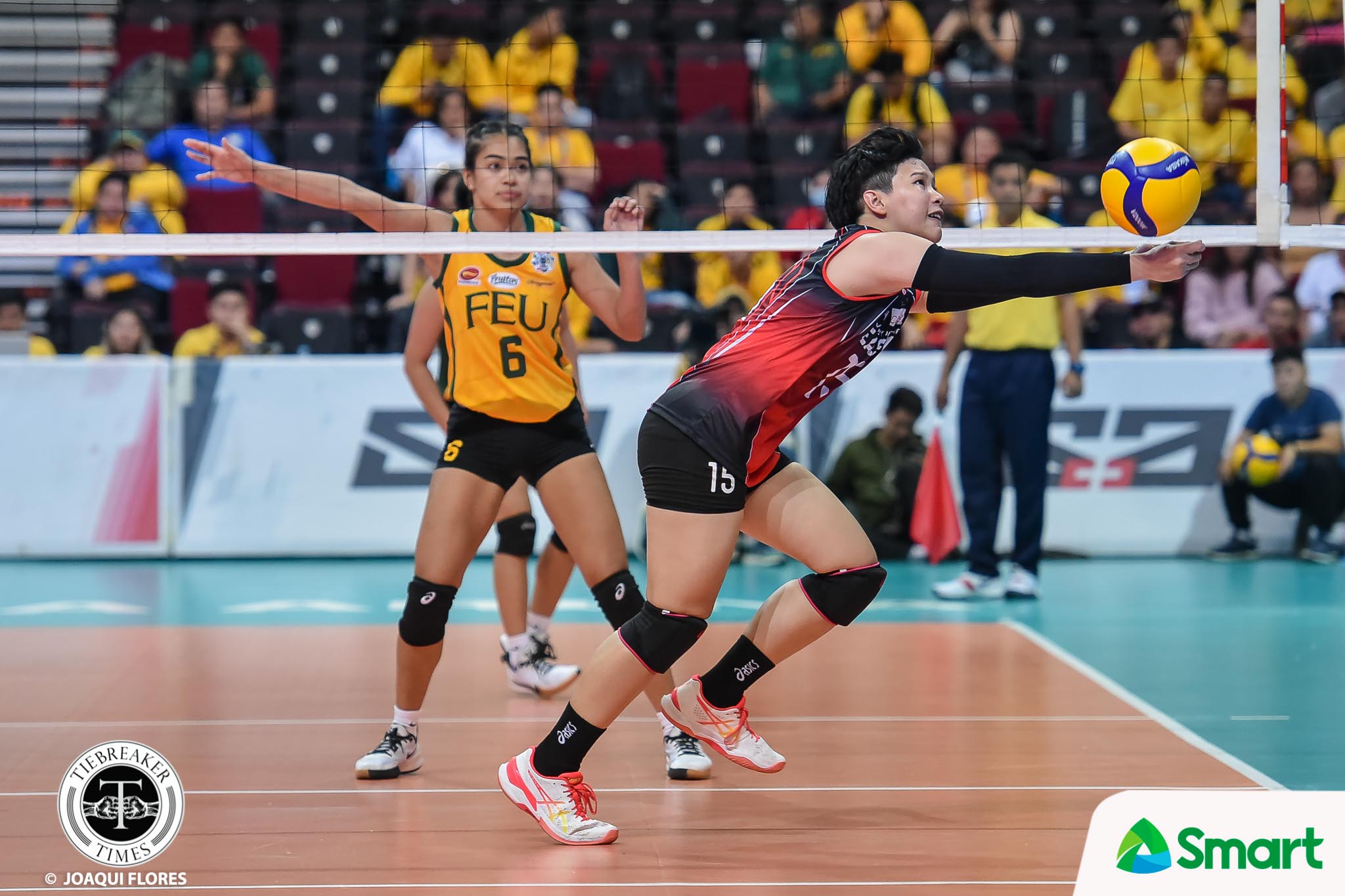 University of the East has begun life without four of its reliable cogs. And the absence of both Kath Arado and Judith Abil among others were immensely felt in the UAAP Season 82 opener of the Lady Red Warriors, Tuesday.

UE badly missed the defensive presence of Arado and Abil, since poor reception hounded the Lady Red Warriors in the face of Far Eastern University’s balanced offensive thrust and scorching service game. It culminated in a deflating straight-set defeat — an alarming start for a team looking to put its dreadful past behind.

It also didn’t help that the Lady Red Warriors struggled to sustain momentum. Despite picking up steam in the second and third sets, UE couldn’t preserve its rare cracks at the lead. 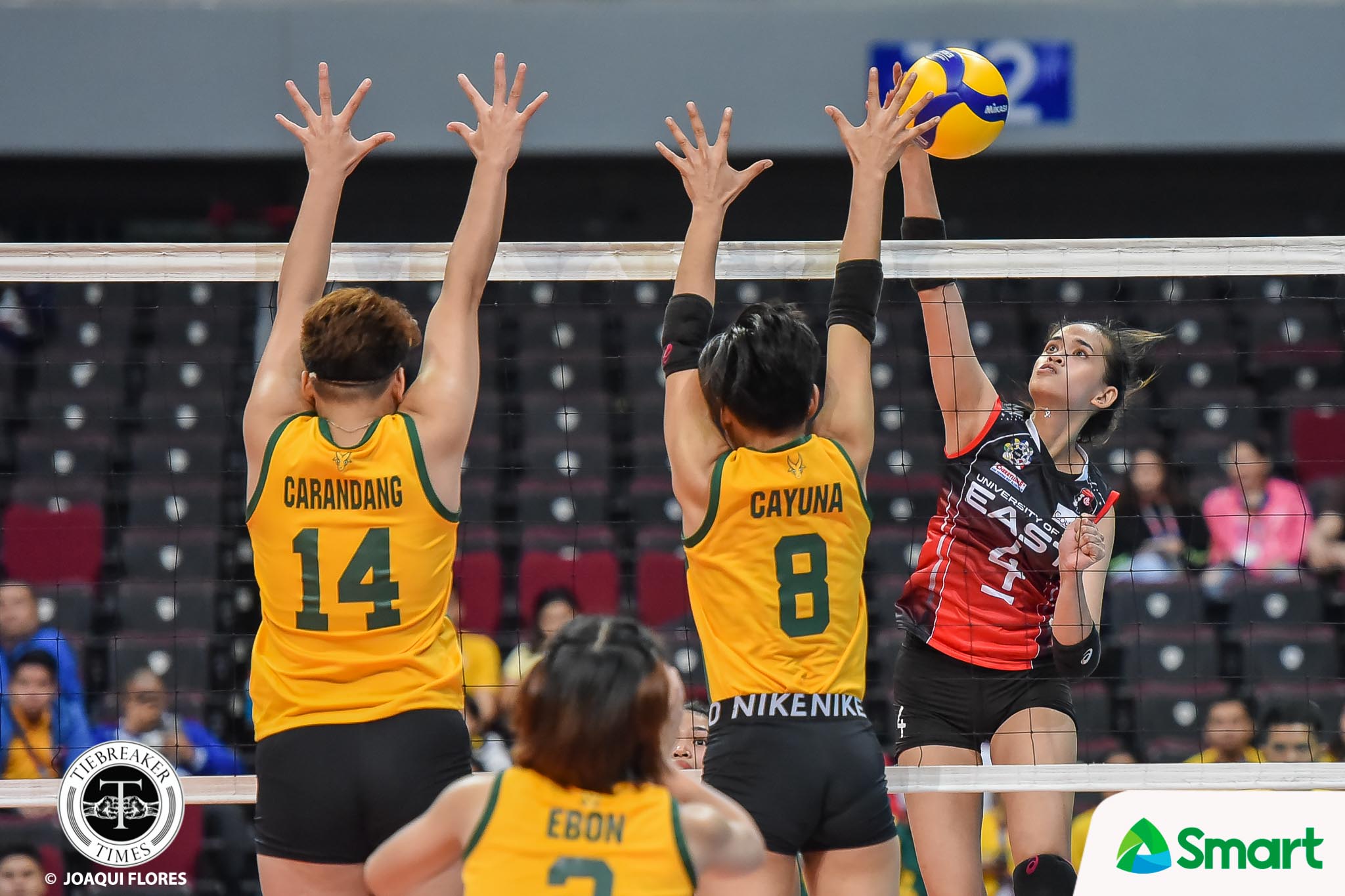 Jasckin Babol, billed as the heir-apparent to Arado’s throne, was the lone bright spot for UE on the defensive end. She collected a double-double of 12 digs and 10 receptions, but it wasn’t enough to cover up the team’s defensive lapses.

So it’s easy to understand that floor coverage is going to be the main focus of the Lady Red Warriors when they plunge back into training.

“I think so,” Mendrez responded when asked of receiving as a focal point of UE’s upcoming training sessions.