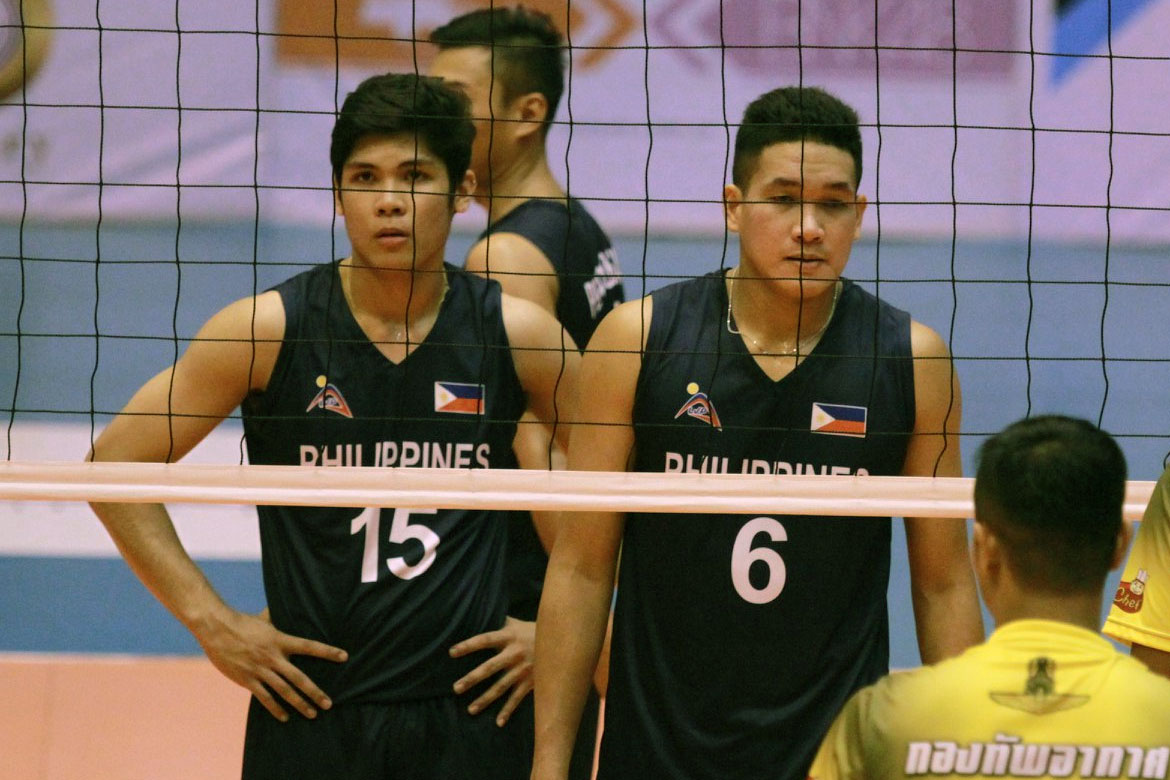 Looking to open their campaign on a high note, Marck Espejo and Rebisco-Philippines were off to a strong start against reigning Thailand League MVP Kantapat Koonmee and the Royal Thai Air Force.

However, the Philippine Men’s National Volleyball Team could not sustain it, falling, 25-20, 18-25, 21-25, 18-25, in the 2019 Thailand Open Sealect Tuna Volleyball Championships, Friday at the Sisaket Gym in Thailand.

Figuring in a tight affair in the initial part of the first set, the Nationals were able to provide a three-point cushion entering the second technical timeout, 16-13.

Kim Malabunga took over from there, scoring the next four points for the Philippines into a 6-3 rally which further buried Air Force, 22-16. Espejo then put on the finishing touches to take the first set.

The tides have turned in the second set as the Philippine team found themselves trailing by seven points, 11-18. Espejo and Bryan Bagunas tried to mount a comeback by igniting a 4-1 run which trimmed the deficit to just four points, 15-19. However, it was all Air Force from there as they capitalized on the Filipinos’ errors to tie the game.

The Philippines then dropped the third set and squandered a four-point lead in the fourth frame. Air Force took advantage of it, churning an 8-1 scoring spree to take a 17-14 advantage.

The Philippine team looks to bounce back tomorrow as they go up against Fine Chef Phitnasulok at 12:00 pm.

Pressure on for Pasig Chooks in Poitiers Challenger