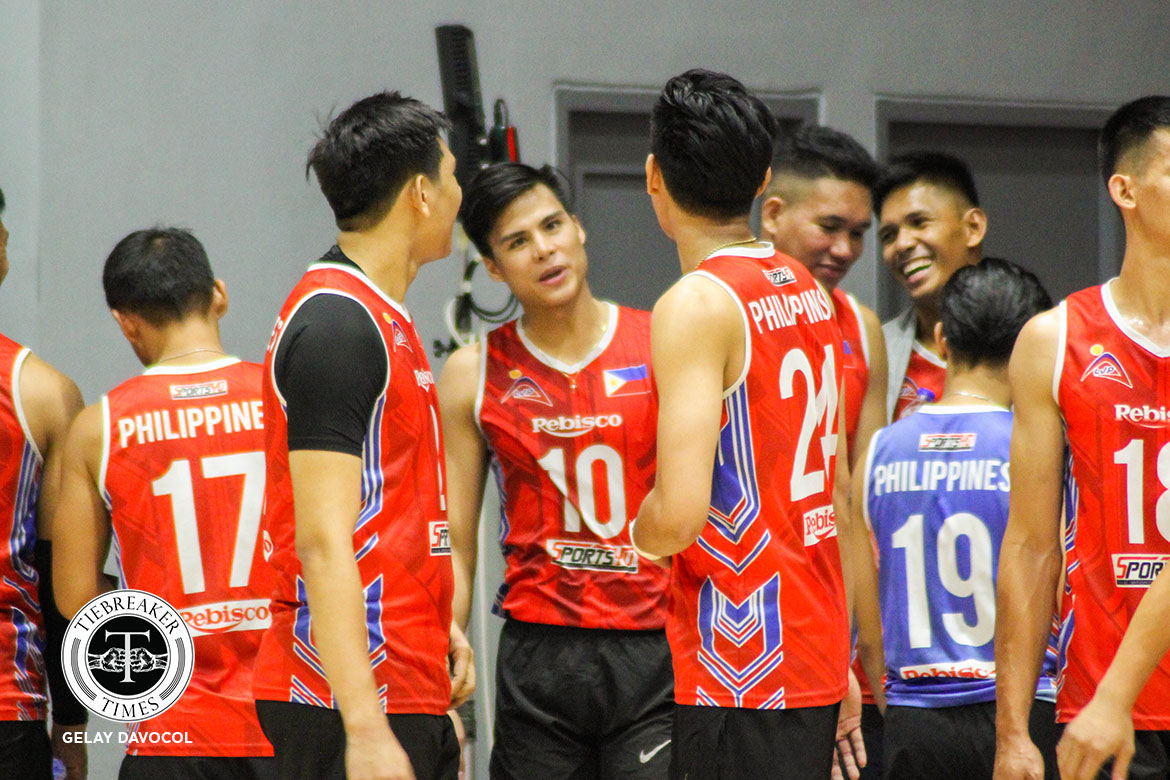 “I think ‘yung pinaka-key lang namin is ‘yung enjoyment inside the court.

Playing with smiles clearly changed the game, as the Nationals dumped the Philippine Army Troopers in straight sets, 25-12, 25-20, 25-8, in their most impressive win of the tournament.

De Guzman, who contributed nine points in the win, was the energizer of the team with his emphatic attacks.

Though looking like a well-oiled machine, the three-year pro believes that the team still has a long way to go to reach their top state.

Seeing fellow Nambatac snap out of funk, Javee Mocon does the same