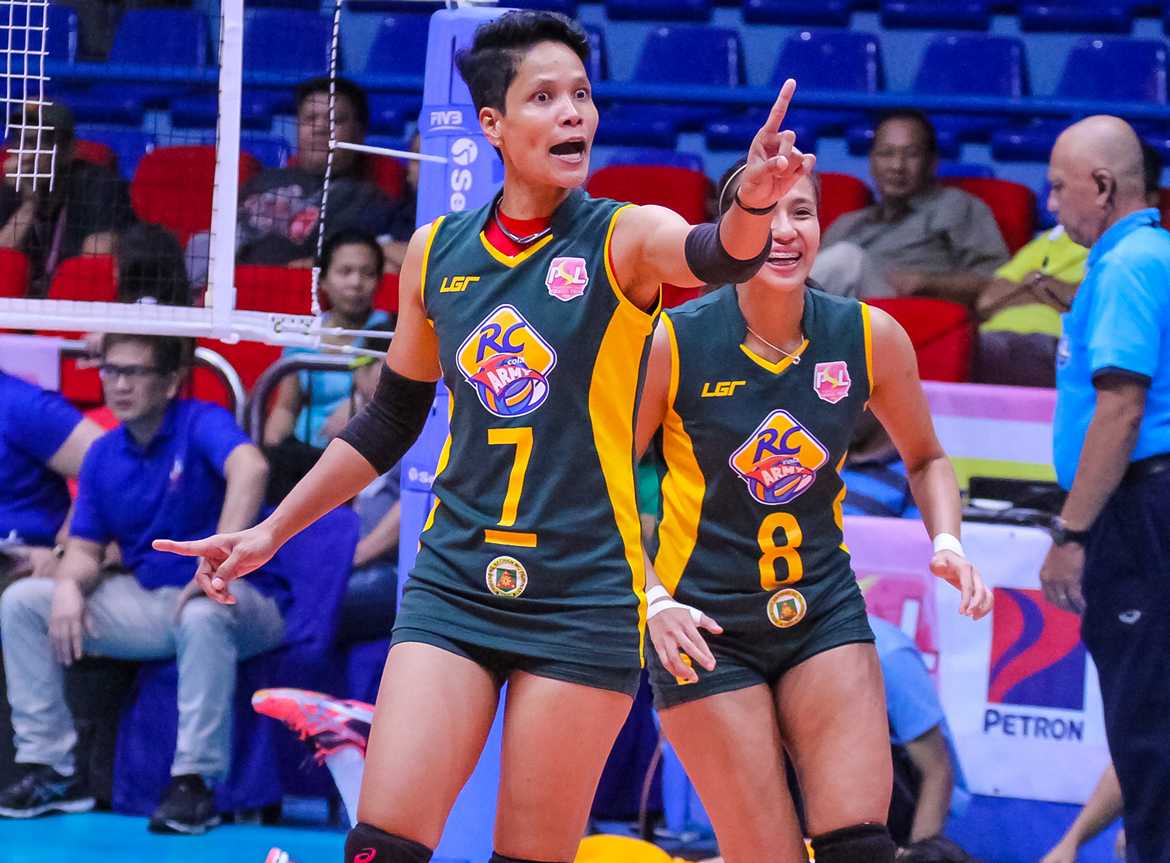 Back with a full roster and a pair of healthy imports, the RC Cola-Army Lady Troopers debuted in the 2016 Philippine Superliga Grand Prix with a rousing four-set win over the Generika Lifesavers, 25-17, 23-25, 25-15, 25-19 at the FilOil Flying V Centre.

Even with just a few new additions, the Lady Troopers came at the Lifesavers with their signature tough defense at the net and the floor. Army tallied 15 blocks to go with nine aces, outworking Generika in all facets of the game.

The Lady Troopers hit a snag in the second set, trailing 22-17 after consecutive plays at the net that went in Generika’s favor. After a timeout, however, Army regained momentum and tied the set at 22. Although the Lifesavers still managed to grind out the set, Army found their groove for the rest of the match.

The Lady Troopers quickly leapt to a 15-9 lead in the third frame. Starting open hitter Rachel Daquis suffered a minor ankle sprain at that point, but that did not stop Army’s takeover. The fourth frame became lopsided quickly, with Army hitting set point at 24-15.