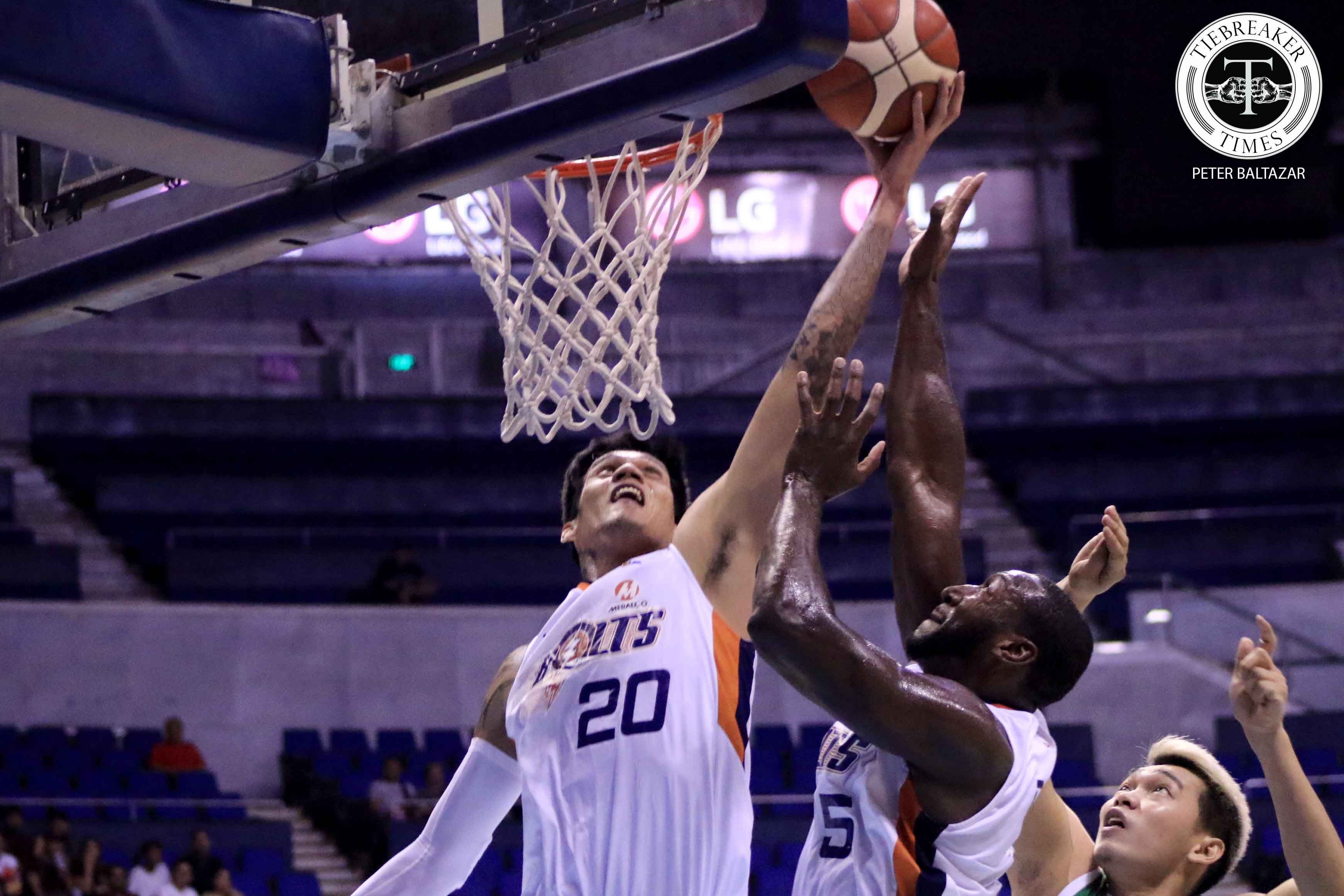 The one who controls the rebound controls the game, as they say. Meralco did just that on Friday evening when it went head-to-head with the Columbian Dyip in the 2019 PBA Governors’ Cup.

And the Bolts have center Raymond Almazan to thank, as they reigned supreme on the boards.

The 6-foot-8 big man collected a career-high 24 rebounds — a huge chunk of his team’s 66 caroms — along with 18 points. His performance powered his side’s 92-74 dismantling of the Dyip.

“He’s been a blessing, there’s no question about that,” lauded coach Norman Black of Almazan.

“He’s been doing a great job for us, particularly on the boards and scoring inside the paint.”

But for the six-year pro out Colegio de San Juan de Letran, his output is just a bonus.

The league record for most boards by a local in a game belongs to June Mar Fajardo, who had 31 in Game 7 of the 2019 Philippine Cup Finals last May, where San Miguel downed Magnolia.

Almazan feels like he can haul down 30 in a game, but he was quick to iterate that winning is more important for him. Friday’s win also helped the Bolts tighten their grip of the third spot with a 7-2 record.

Robin Catalan scores emphatic KO of Balart to bounce back