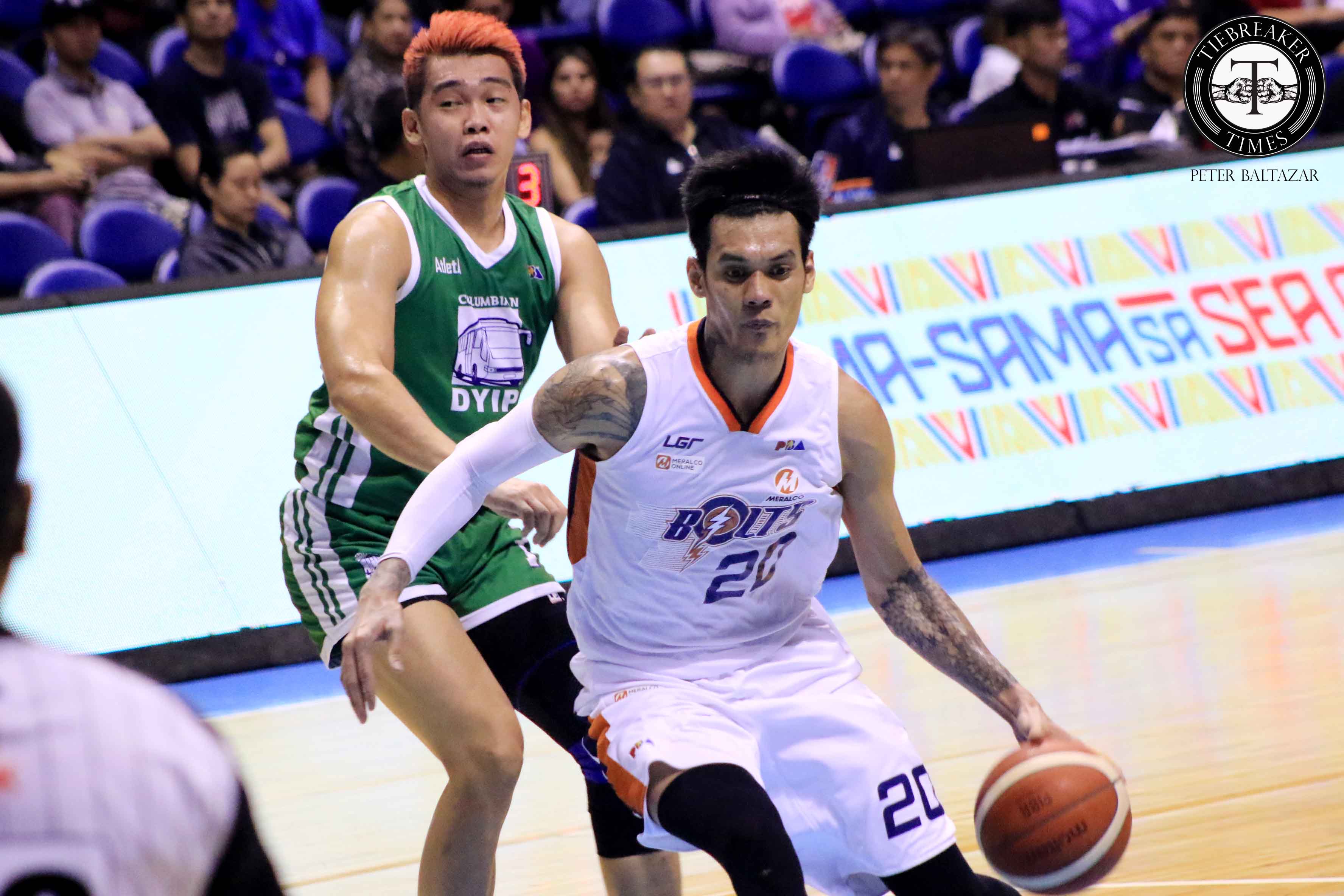 Meralco solidified its grasp of the third spot of the 2019 PBA Governors’ Cup standings after dealing Columbian a harsh 92-74 beatdown, Friday evening at the SMART Araneta Coliseum.

Two-time Best Import Allen Durham finished with 34 points, 15 rebounds, and five assists to power the Bolts to their fourth straight victory that hiked their win-loss card to 7-2.

Raymond Almazan was just two points shy of a 20-20 outing as he produced 18 markers and a career-high 24 boards for Meralco, who missed top gunner Baser Amer due to groin injury.

Durham and Almazan were instrumental for the Orangemen down the stretch, leading a 10-0 assault that gave their side an 85-67 lead with 2:29 left to play to put the game away for good.

“Our two big men, from my point of view, dominated the game,” coach Norman Black said. “Allen did a good job scoring the ball in the paint, and Raymond did a good job of controlling the rebounds.”

Rookie CJ Perez made 21 points, six rebounds, three assists, and three steals to lead Columbian, who lost its second straight game and dropped to 4-6 though it is still hanging on to seventh place.

Import Khapri Alston was the only other double-digit scorer for the Dyip with 19 markers, along with 16 boards.

Columbian already went down big early, 16-34, but showed signs of life after the halftime intermission as it sliced the deficit to just six points. That, until the Bolts regained their groove.

Meralco will next face NorthPort (3-5) on Sunday, November 10, at Ynares Center in Antipolo, while Columbian takes on Barangay Ginebra (6-3) next Friday, November 15, still at the Big Dome.