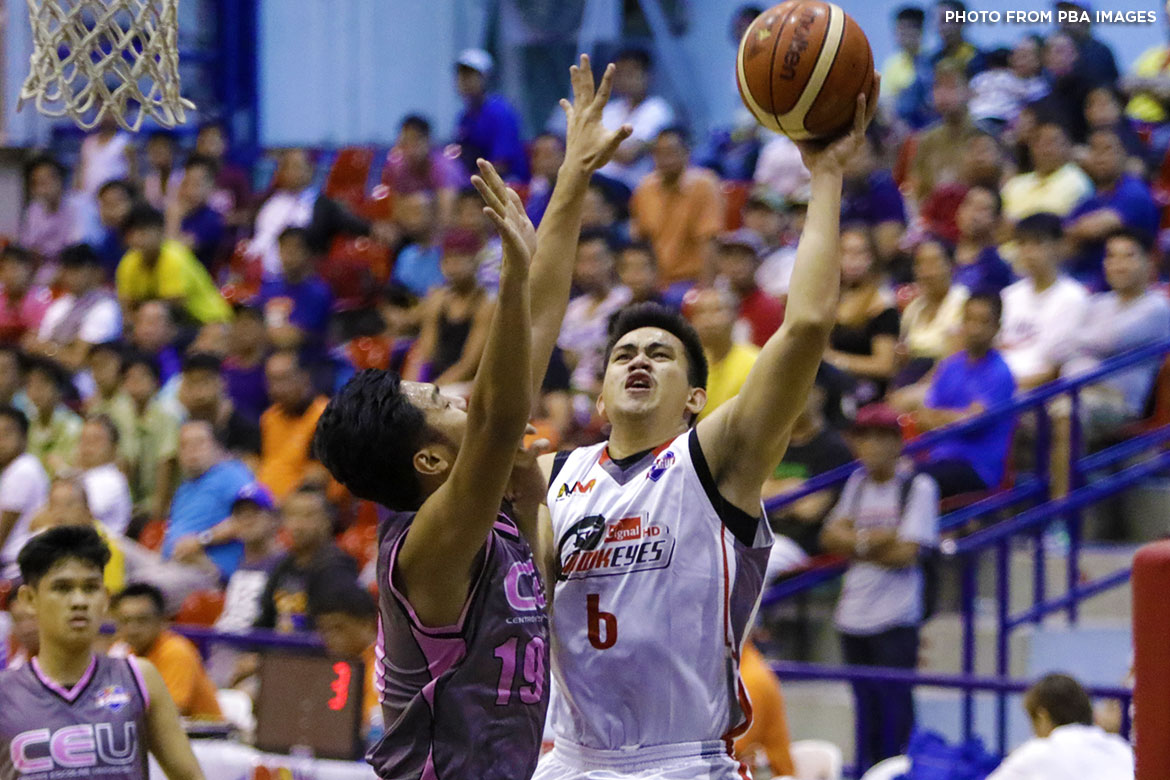 Continuing the long line of Far Eastern University products that have won the Most Valuable Player crown in the PBA D-League, Raymar Jose was hailed as the 2017 Foundation Cup MVP prior to tip-off of Game Two of the Cignal HD-CEU series.

All throughout the conference, the 24-year-old undersized big man was the work horse the Cignal HD Hawkeyes needed to notch the second seed in the tournament. The 6-foot-4 bruiser posted norms of 12.27 points and 10.18 rebounds until the semifinals.

However, he is currently not with the Hawkeyes, as he is serving national team duties with Gilas Pilipinas for the 29th Southeast Asian Games.

He is the third FEU Tamaraw to win MVP in the second league. Mac Belo won the crown back in the 2016 Aspirants Cup, while Mike Tolomia was hailed as the 2016 Foundation Cup MVP.

Moreover, he is the second Hawkeye to win the award as Robert Bolick won the award back in the 2017 Aspirants Cup.