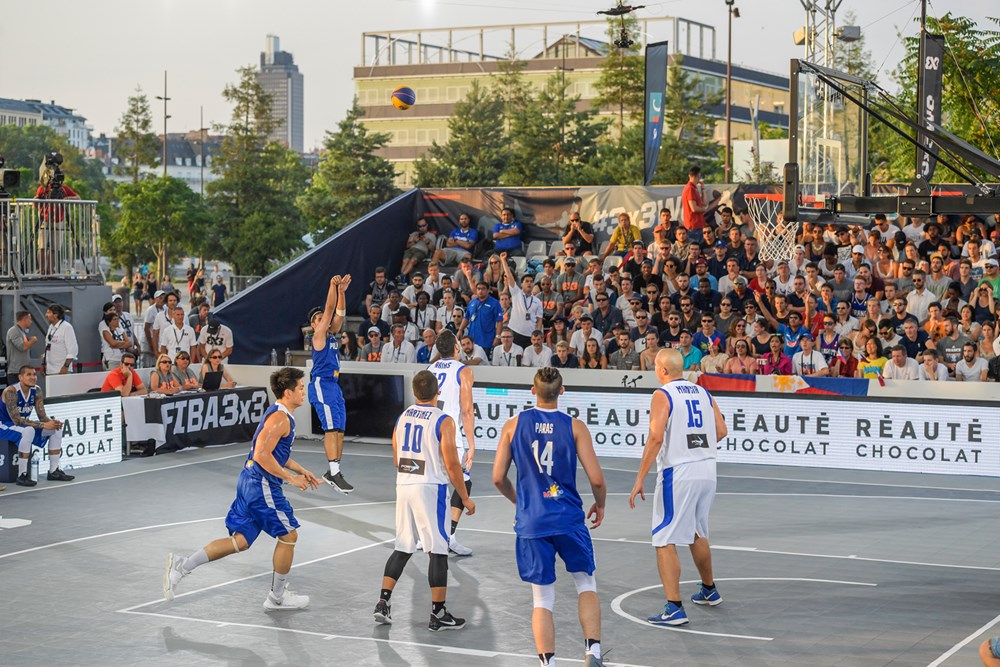 Collegiate rivals Jeron Teng and Kiefer Ravena linked up to lead Chooks-Pilipinas 3×3 to a 21-13 win over the hapless El Salvador squad to end their 2017 FIBA 3×3 World Cup campaign on a high note, early Wednesday morning at the Parc des Chantiers de I’lle in Nantes, France.

Teng and Ravena scored seven points each to lead the Philippines.

Chooks-Pilipinas 3×3 again had a slow start, but a two-pointer by JR Quinahan and a find by Ravena to Teng for a long jumper gave the Philippines an 11-6 lead with 5:40 left. Moreover, the slow El Salvador side figured in foul trouble early, being penalized with its eighth foul of the game with 4:20 left.

A 5-2 run by the Philippines, capped by a Teng putback off of a Ravena miss, gave them their biggest lead of the tournament, 18-9 with 2:46 left.

El Salvador gave the 18th-ranked team in the tournament a scare late, going on a 4-0 run capped by a Roberto Martinez assist to 6-foot-7 big man Julio Mancia to cut the lead to just four, 18-14, with 1:38 left.

But Ravena and Teng showed that they wanted to win this one badly, as the former found the latter for a lay-in, while a booming two-pointer by the two-time UAAP MVP sealed the win with 1:20 left.

Now back with Gilas, Amer and Alas look to familiarize themselves in system

Chooks-Pilipinas 3×3 bows out of World Cup