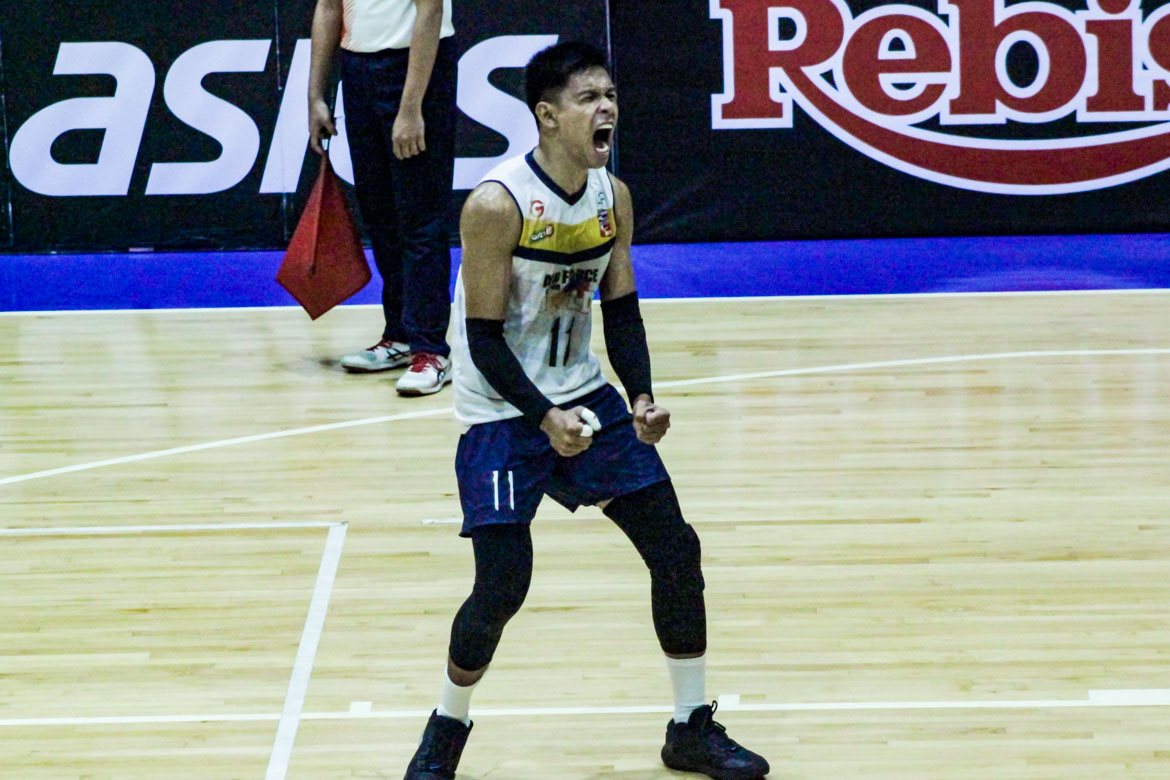 Go-for-Gold Air Force ace Ran Abdilla felt devastated after pointing out their lowly fourth set which, for him, cost them Game One of the Spikers’ Turf Open Conference Finals.

After dropping the first set, Air Force was able to swing the momentum on their side. They then bagged the following sets to take a 2-1 advantage over Cignal.

Jet Spikers head coach Dante Alinsunurin pointed out another factor in the fourth-set blunder, saying that his wards were rattled, which caused them to fail on executing their plays.

A day from their Game Two face-off, Abdilla believes that he and the Jet Spikers will need to work on their defensive schemes to have a chance at taking down the streaking HD Spikers.