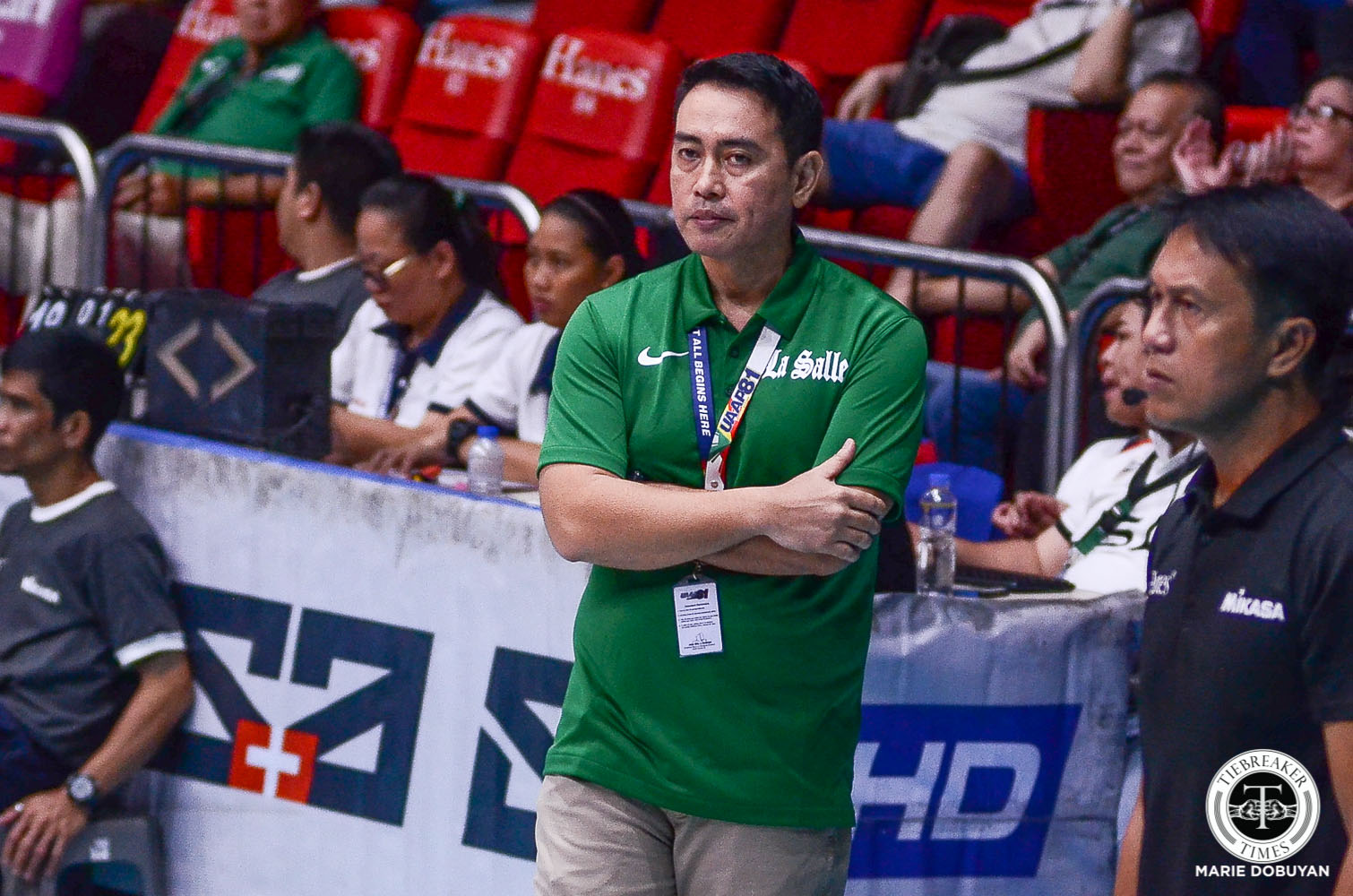 Ramil De Jesus would have split his body in two if he could. His De La Salle University Lady Spikers and F2 Logistics Cargo Movers were playing at the same time in venues miles apart – 42.1 kilometers to be exact.

While La Salle improved their UAAP Season 81 record to 5-2 with a decisive win over the Far Eastern University Lady Tamaraws, the Cargo Movers suffered their second loss of the 2019 Philippine Superliga Grand Prix to the PLDT Home Fibr Power Hitters.

The 11-time UAAP champion head coach could barely muster a smile when talking to the media about his predicament. He foresaw that this would be a problem, and the toll of preparing two teams has been a lot, even for someone as accomplished as him.

Admittedly, this has been one the toughest tasks De Jesus has had to fulfill in his illustrious two-decade-long coaching career.

For now, he sees problems that require unique solutions with the undermanned F2 Logistics, who have been playing without injured starting setter Kim Fajardo for the last two weeks. The Cargo Movers have had to adjust to backup playmaker Alex Cabanos calling the shots.