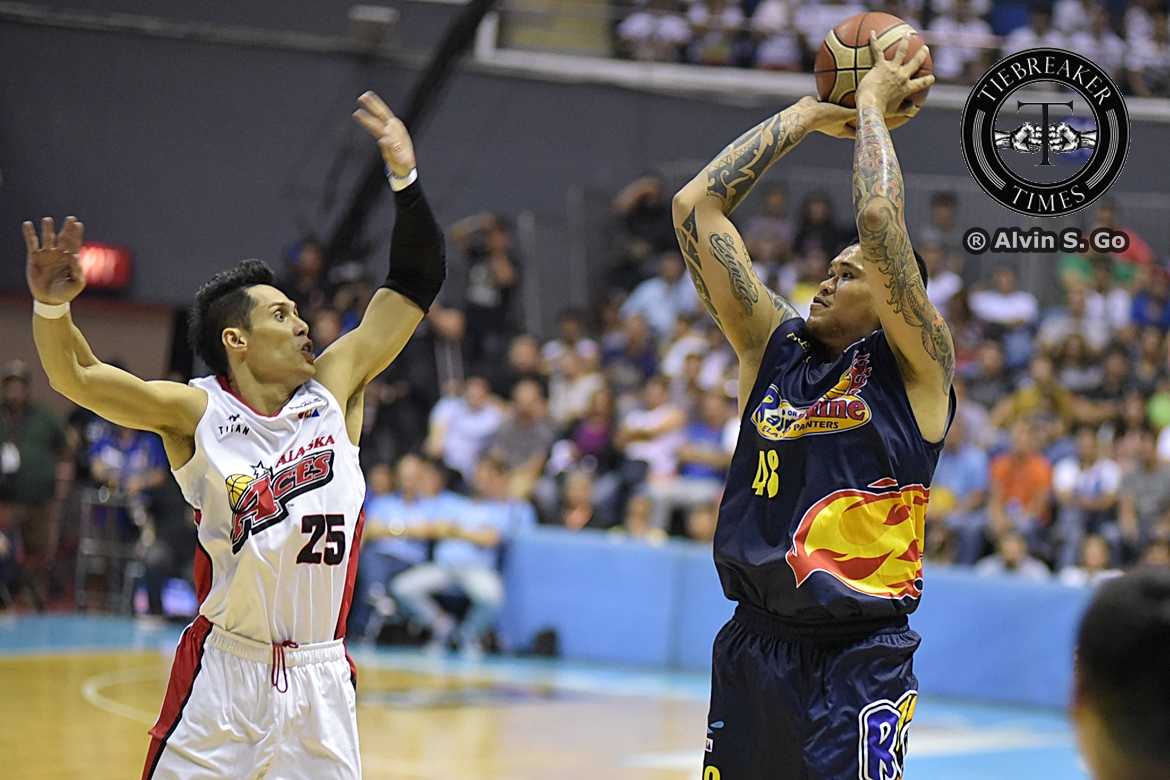 A high-fueled offensive showdown went the way of the Rain or Shine Elasto Painters in their 117-114 victory over the Alaska Aces to cap PBA Saturday action at the Smart Araneta Coliseum.

Dior Lowhorn had 24 points, 10 rebounds and five assists in the win to pace the Elasto Painters. JR Quiñahan added an efficient 16 points and three makes from beyond-the-arc.

Quiñahan admitted that there have been struggles with their defensive schemes, as they had lost their 40-28 cushion in the first half. The Aces set up a frantic run that bridged the two halves to swing the lead in their favor during the third frame.

Rain or Shine also lost coach Yeng Guiao after a complaint over a call and a verbal altercation with the referees during Alaska’s run in the third frame. Fortunately, the team stepped up late and made the adjustments in crunch time.

A 104-all deadlock in the final three minutes of action was broken by a crucial basket by Jeff Chan. A key triple by Paul Lee gave Rain or Shine the lead for good. Alaska had chances down the stretch, but were thwarted by a couple of defensive stops by the Elasto Painters to lock in the win.

Rain or Shine shot 30-for-42 from the free throw area, which yielded eight more points compared to Alaska’s 22-for-30 clip. Moreover, the two squads combined for 25 three-pointers, but the Elasto Painters shot a more efficient 58 percent clip (37-of-63) overall against the Aces’ 47 percent (40-for-85).

READ  Greg Slaughter disappointed as status versus Iran in limbo

Ladontae Henton feasted the entire game in the loss with 41 points, nine rebounds but had seven miscues. Calvin Abueva chipped in 17 off the bench, with eight rebounds and seven turnovers as well.

Rain or Shine (3-2) will next face Ginebra (4-1) on Sunday next week, while the struggling Alaska Aces (1-4) are on a three-game slump and will meet the Star Hotshots (1-4) in a showdown in Panabo, Davao on Saturday, August 20.

It all started with a plea by Dimaculangan says Rondina