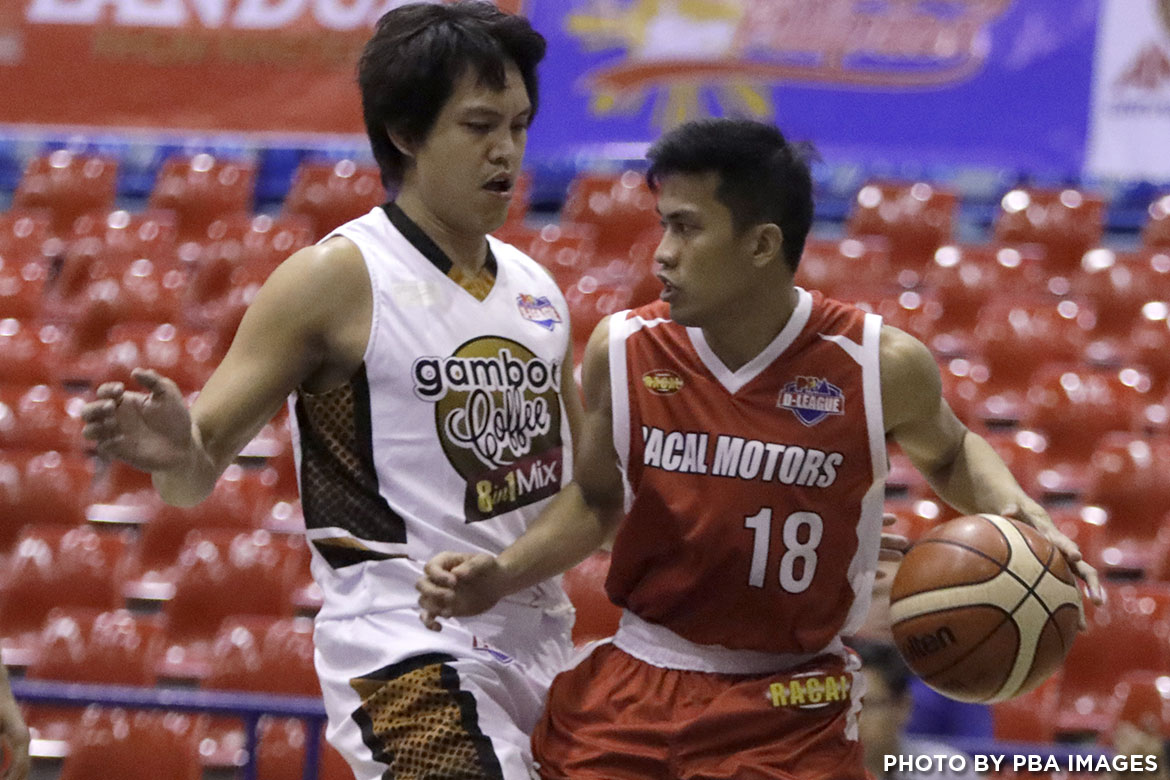 The Racal Motors Alibaba forced the Gamboa Coffee Lovers to set two records for futility with a 107-60 beatdown, Monday afternoon at the Ynares Sports Arena in Pasig City.

That allowed Racal to overturn a 47-45 halftime deficit and make it a comfortable 71-50 advantage and a 47-point win.

“For now, it’s a good springboard for us. It gives us a lot of positivity and well build on that,” said coach Jerry Codiñera.

Rian Ayonayon paced Racal with 26 points, seven assists, five steals, and four rebounds to help his side snap a three-game losing slide and improve to 3-3.

Mac Tallo also went perfect from the free throw line, going 10-of-10 from the charity stripe to collect 16 markers, two boards, and two dimes, while Jam Cortes chimed in 11 points and seven rebounds.

Mark Montuano fired 13 points and 10 rebounds, while Mike Parala added 12 markers and 10 boards in the losing effort for Gamboa, which suffered its sixth straight loss to fall down to 1-6.

Racal will next face the Marinerong Pilipino Skippers on Thursday, July 13, at 5:00pm. Gamboa look to break out when they face the CEU Scorpions on Monday, July 17, at 3:00pm.

Lakay’s Kevin Belingon to take on Fil-Aussie Reece McLaren at ONE: Quest for Greatness