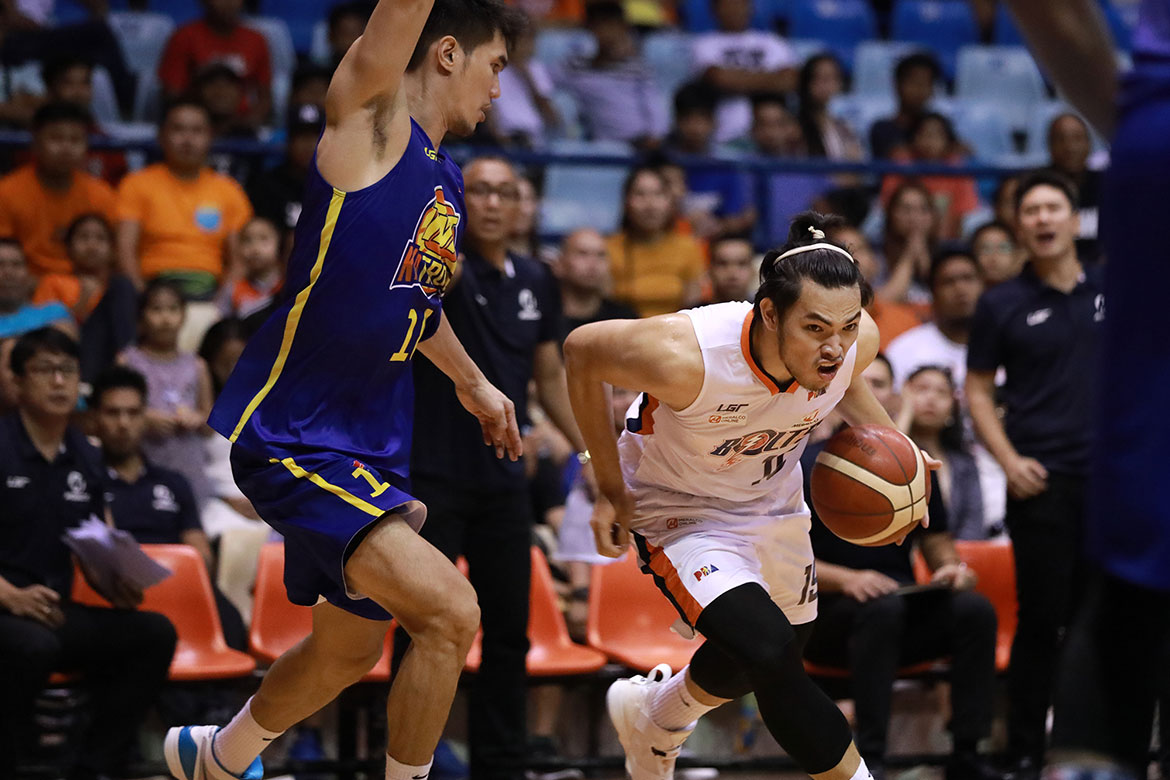 There is no denying how big a factor Bong Quinto plays, with Meralco now headed for the 2019 PBA Governors’ Cup Finals — its third Finals appearance in four years.

The 25-year-old rookie produced 19 points on a perfect 3-of-3 clip from beyond the arc to help the Bolts run past KJ McDaniels and the TNT KaTropa, 89-78, in Game Five of their semis series.

Quinto started the fire that burned the opposition down. He scored six straight points to open the final frame, sparking a 14-3 blitz that lifted Meralco to an 80-64 lead with 6:35 left to play.

“Bong Quinto has been a revelation,” lauded coach Norman Black of Quinto, whom the Bolts drafted in the second round of last year’s draft after being projected as a first-rounder.

“I’ve learned over the years that if you could get players who are versatile and can do more than one thing and play more than one position, they probably can help you win games,” he continued.

“Bong Quinto is a good defender, he’s a good shooter, he’s a good assist guy, and he’s really contributed a lot to the team. And if you have an All-Rookie team I think he should be on it.”

Upon learning what Black said, Quinto gushed, then expressed gratitude for the opportunity he has been given.

This Finals trip is the first for Quinto in the pro ranks, and he played a major factor in getting his team there. And for him, whatever he has done to get to this point, he owes everything to Letran, his Alma Mater.