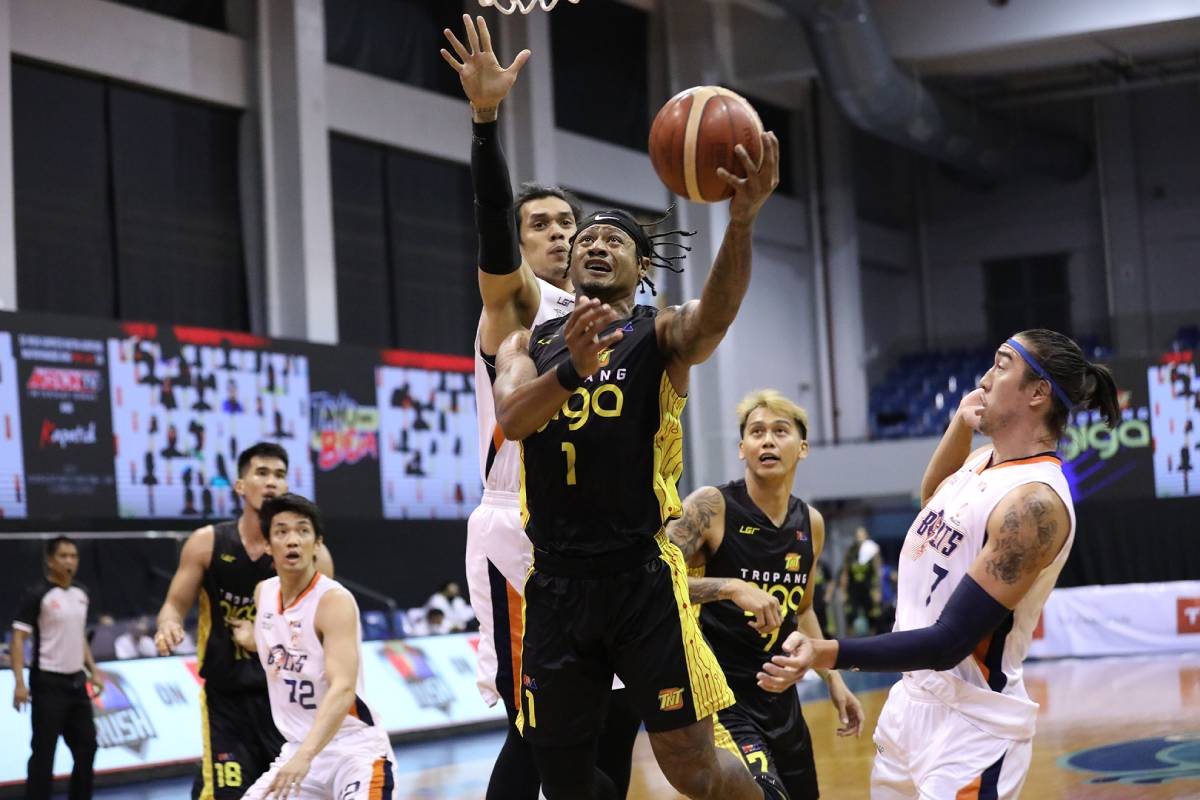 Ditching their typical blue and yellow uniforms temporarily on Saturday night, the Tropang Giga took down sister team Meralco Bolts, 92-79, to snap their two-game funk in the 2020 PBA Philippine Cup.

According to head coach Bong Ravena, the black jerseys were the idea of team captain Ryan Reyes. They drew inspiration from the Black Mamba kits of the Los Angeles Lakers that pay homage to the late, great Kobe Bryant.

Majority of the TNT players, and the league as well, are big fans of the legendary icon — just check their feet. Reyes himself has been an avid fan of the Nike Kobe shoe line.

But it wasn’t just the Black Mamba that inspired the outfit. Ravena said that they also had the great New Zealand All Blacks rugby team in mind — active consultant Mark Dickel is a New Zealander himself.

“And this All Black teams from New Zealand, the rugby team. Doon namin nakuha. Idea nila ‘yan,” he said.