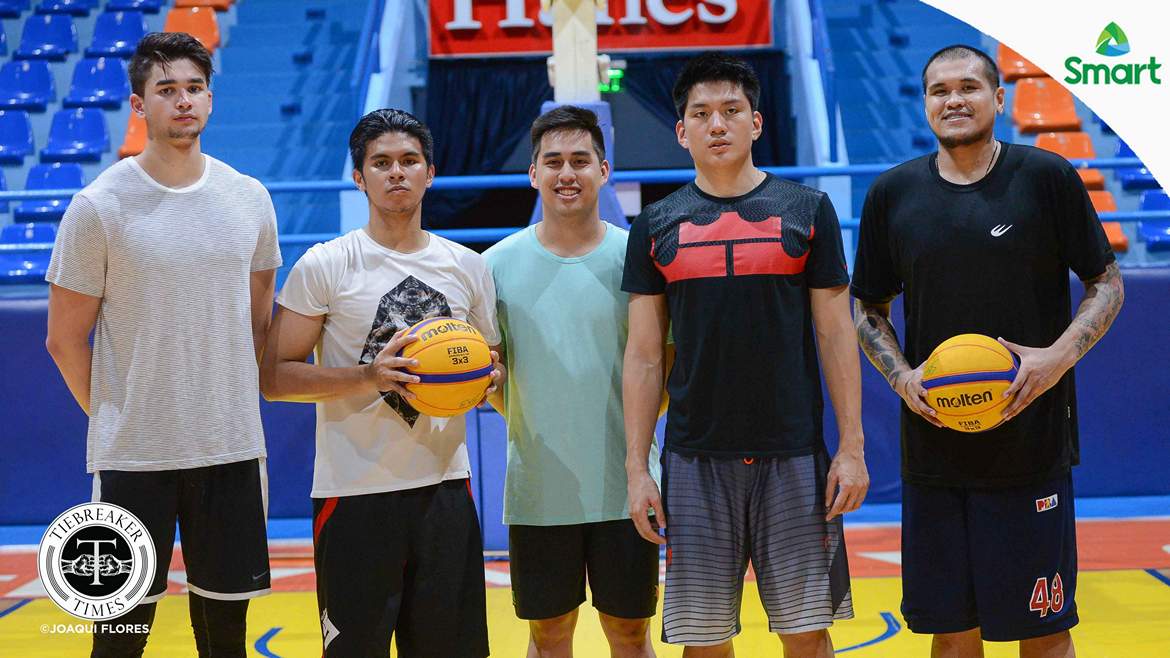 The cast is finally complete for the Philippine 3×3 team that is set to represent the country in the upcoming 2017 FIBA 3×3 World Cup from June 17 to 21 in Nantes, France.

Joining Kiefer Ravena, Jeron Teng, and Kobe Paras is NLEX Road Warrior JR Quiñahan. Raymar Jose was initially penciled in as the fourth man but his commitments to the Cignal HD Hawkeyes did not allow him to do so.

The recently-acquired stretch big man of NLEX was cleared by both his mother team and the PBA to join the team on Tuesday morning, as none of their remaining games in the on-going PBA Commissioners Cup will be affected by the tournament.

Back in 2002, he was part of the University of Visayas Green Lancer team that became the first Philippine-based team to qualify in the Adidas Asian Streetball Championship — a ground-breaking tournament in the 3×3 scene back then.

The Philippines, backed by Chooks-to-Go, is slotted with hosts France, Slovenia, Romania, and El Salvador in Group B of the World Cup.