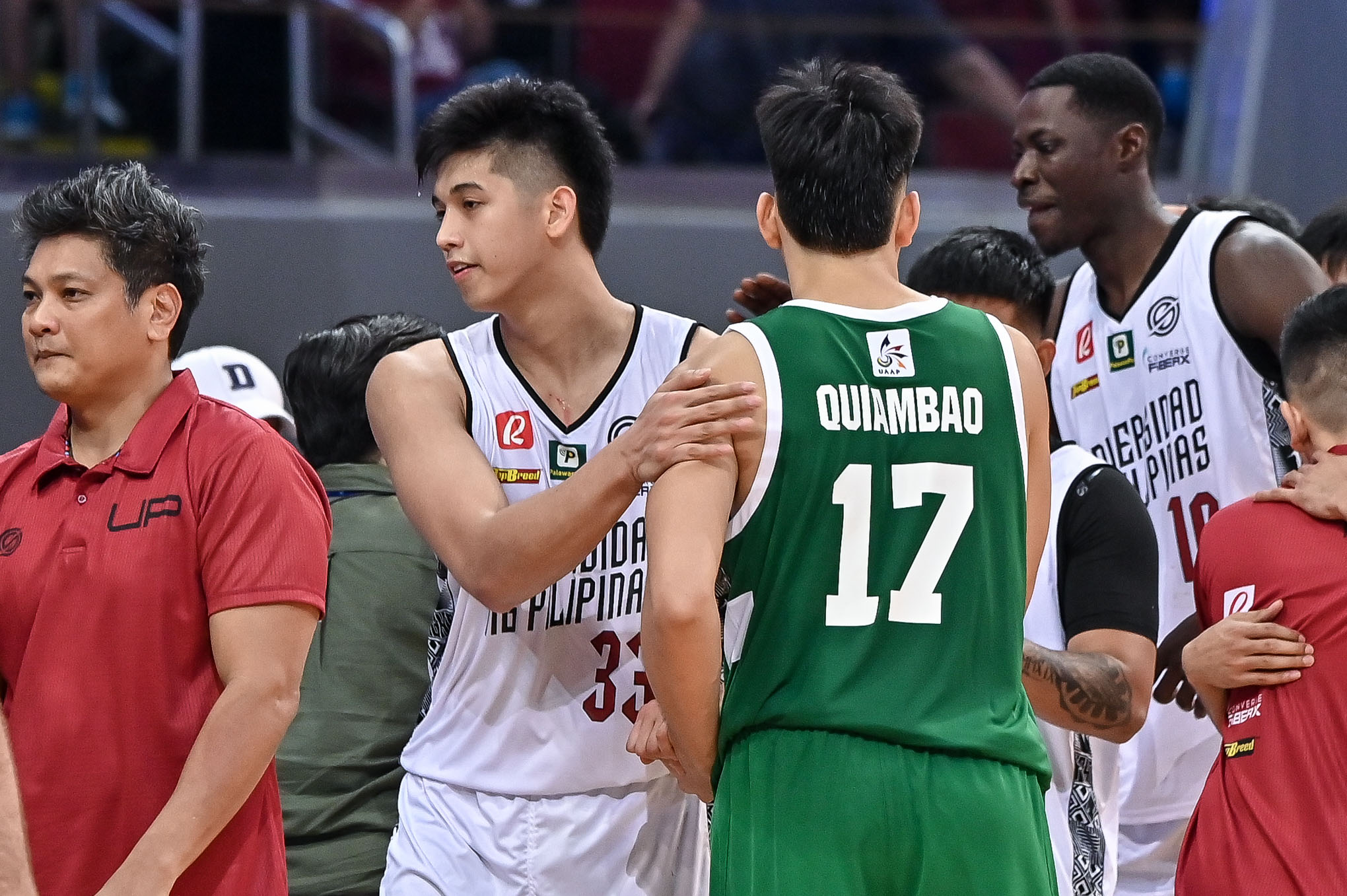 Kevin Quiambao’s much-ballyhooed UAAP collegiate debut was not living up to the hype.

That was, until the last three minutes.

After shining bright with Gilas Pilipinas and standing out in De La Salle University’s preseason, the 6-foot-7 modern big was held scoreless for three and a half quarters after missing his first 10 shots in the collegiate level. 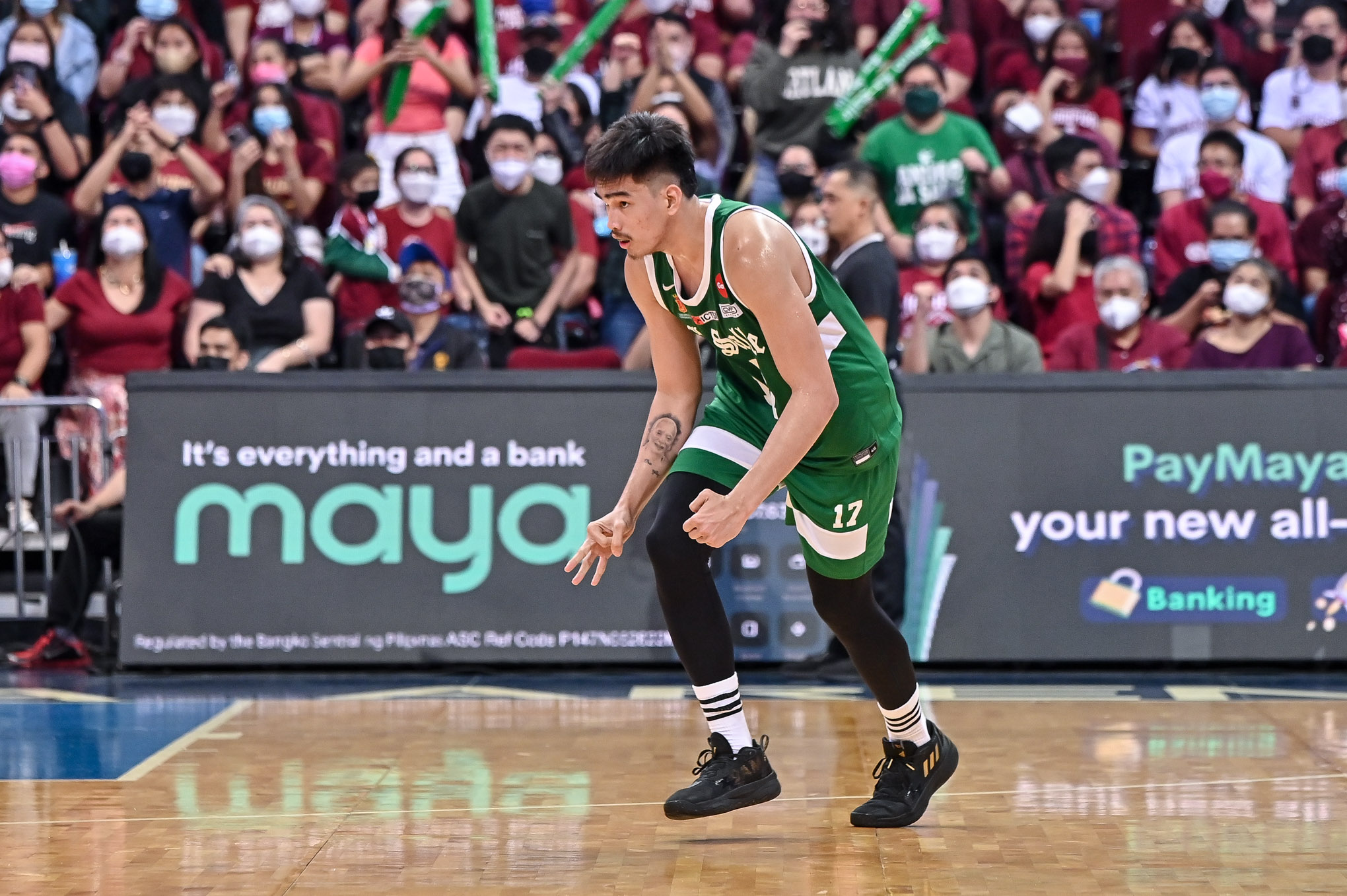 Quiambao hit his first basket with under four minutes to go in their close contest against the University of the Philippines on Saturday at Mall of Asia Arena. Not long after, he drilled a triple to keep the Green Archers alive and kicking.

Ultimately, though, he and the green and white let another one slip opposite the Fighting Maroons. And ultimately, his La Salle debut and UAAP Seniors debut had him with five points in 2-of-13 shooting, four rebounds, four assists, three steals, and three turnovers.

While his debut was, put simply, disappointing, the good news for the Green Archers is that Quiambao is determined to be better. As he should.

And even better, the opposing coach himself has no doubt that La Salle’s first-year tower will figure it out sooner than later. 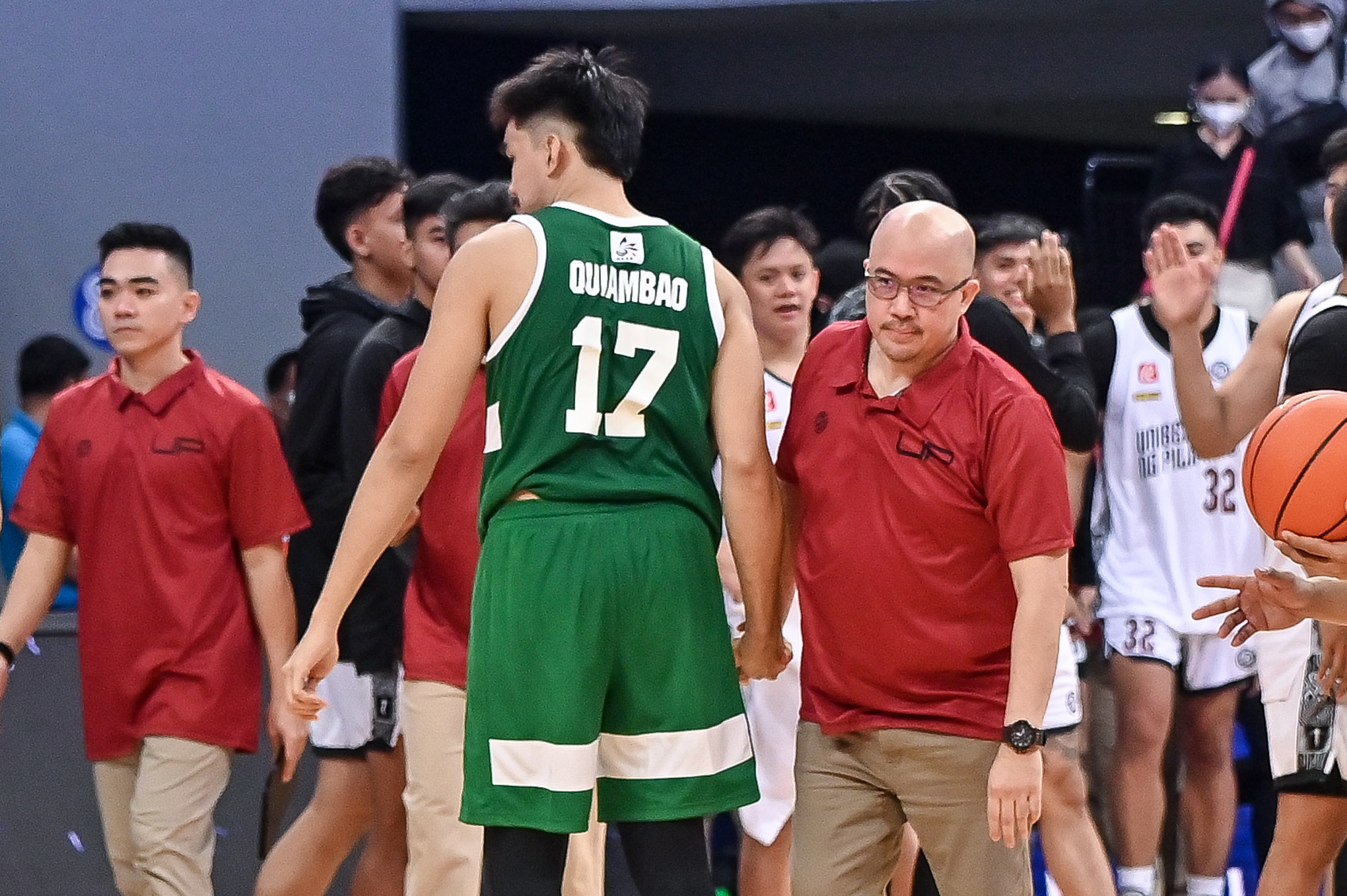 Monteverde had coached Quiambao for three years when the two were together in dynastic Nazareth School of National University, so he knows what he’s saying. Taft Avenue better believe that, too.