In what was one of the most painful defeats in recent memory, the Philippine Women’s National Football team were on the cusp of clinching the country’s first-ever medal for the said sport in the 2019 Southeast Asian Games on home soil, but they ended up succumbing to Myanmar, 1-2, in the final hurdle.

It was a heartbreaking result for the squad and the majority of 3,000 fans who supported the team at the Rizal Memorial Stadium in Manila last December 8. Four members of that team — Inna Palacios, Eva Madarang, Hali Long, and Cam Rodriguez — shared their recollections of that event in the July 4, 2020, episode of Tiebreaker Vods’ So She Did!, presented by SMART, and hosted by Martie Bautista and Trina Guytingco.

“It was when we were playing against Myanmar (in the group stage), and we were playing really good. I said ‘Wow, we can do this, we really can do this! We can take it all the way ’till the end’. And so the team also performed very well, and we ended up with a draw,” recalled Palacios.

The very first game of the nationals in the tournament ended up as a tense 0-0 stalemate against their eventual conquerors. Despite the goalless affair, it was still a positive result for them to build upon for their campaign.

“Now we are just so… It just felt so good, that we felt so proud.

“We did see a lot of improvement because before, we’re not able to really play with them. But now we can beat them, we can actually beat them. We should have beat them but again, stuff happens,” added the veteran goalkeeper.

By virtue of being the host nation, the players felt emotional every time they stepped on the pitch because of the support they received from the fans. With women’s football’s status in the country, seeing all the support was a big boost for the players during game one.

“It really meant a lot for the team and it meant a lot to us. And that first game kind of showed how passionate and ready we were, like Ina said. At the first ten minutes, the nerves were there, but at the same time, we were like ‘Hey, we can do this’,” said Rodriguez.

“Coming off our camp from Japan and going against high-level teams there, because Japan is one of the best in the continent and in the world… So for us to, in a way, be able to showcase our growth throughout the camp is very… It was a big win for us, even though we ended up with a draw. We felt like we won na, and we should have.”

After their opening day draw, the Filipinas routed Malaysia 5-0 then folded to Vietnam in the semi-final game with a score of 0-2. Both results then forced a rematch with Myanmar for the bronze medal. 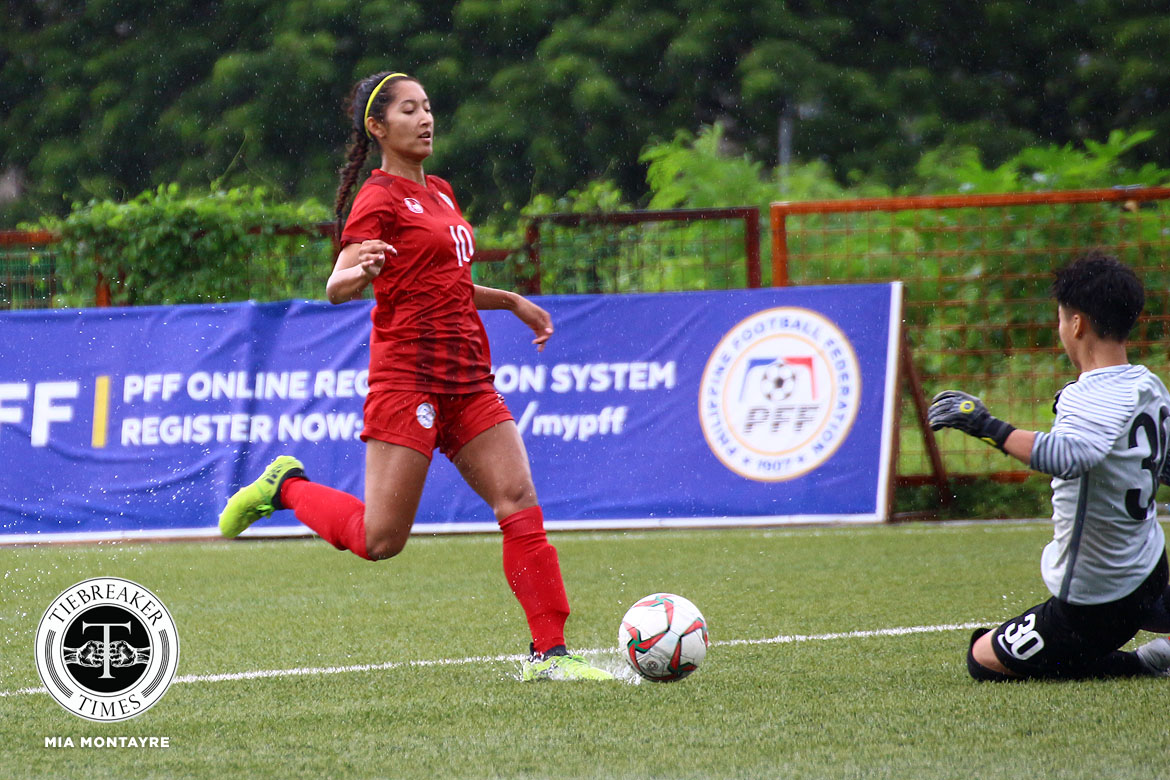 Quinley Quezada gave the home side a dream start in the 57th minute, but the visitors answered back through goals from July Kyaw and Yee Yee Oo to break the Filipinas’ hearts. When the final whistle blew, the pain of defeat struck Let Dimzon’s wards.

“I’m still upset, I’m not gonna lie. I am really still upset. It was like we held it, we really held it, and then we just let it slip in our hands. It was really… I can’t even put my emotions in words, it’s just too much over there,” said Palacios.

“I just wished that we knew how to really hold the game more, and we were confident enough to really take on the game when we’re leading. Because that’s our problem — we kind of just let the other teams dictate how they play. And after they score against us, that’s when we really fight, or when we score against them first, we kind of fold in. We were like ‘Oh hold up, let me just protect the goal first’,” the DLSU product continued.

“But if you’re playing for a bronze medal match, it’s typically like a championship game, you know. Winner takes it all. Losing in your home ground was the most painful thing I think. All your hopes, everything that you worked for the past years, the past tournaments… I wouldn’t say it went to waste, but I really want to put it into motivation and positive note, that we have accomplished a lot beside, even if we lost that bronze medal match. And we know that we can still do more.”

When the final whistle sounded, the Filipinas were down on the pitch in tears and took a short while to get back on their feet. Palacios cut was a lonely figure inside her box, and Madarang ran as fast as she could to console her teammate.

“It was like (Inna was) so far away from everyone, and I was like, you know what lemme just run over to my friend and give her a big fat hug because I know that out of everyone, I could feel your pain the most,” said the striker.

“Like I really could feel it, and I was like I need to go and run over and give my friend a hug.”

Ultimately, every setback in life must be internalized, understood, and remembered as a means to bounce back. They say that people need to fail fast in order to succeed, and the team’s story isn’t done yet.

“It was a moment that didn’t convert into a medal, but it was one na parang… We knew that we had to continue pa kasi may mabubuga pa kami eh. Hindi pa sapat, meron pa, kailangan,” said Rodriguez.

And perhaps there is no bigger redemption tale than the team fulfilling a dream. A dream that may be impossible to begin with, except for those who truly believe in it. That dream is a qualification to the 2023 FIFA Women’s World Cup hosted by Australia and New Zealand.

“Moved up that allows more Asian teams, and we were right there last time, but that also means we have competition for those extra spots like more spots, more teams, more competition, and all the other countries are gonna take those spots when we can play in the same thing,” said Long.

The Philippine Women’s National Football Team has released the names of the 23 players who will be involved in the squad’s last training camp... 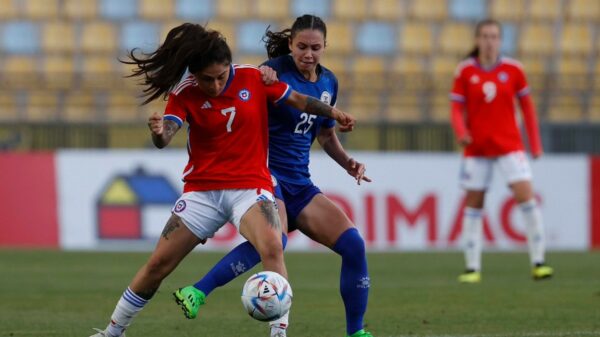 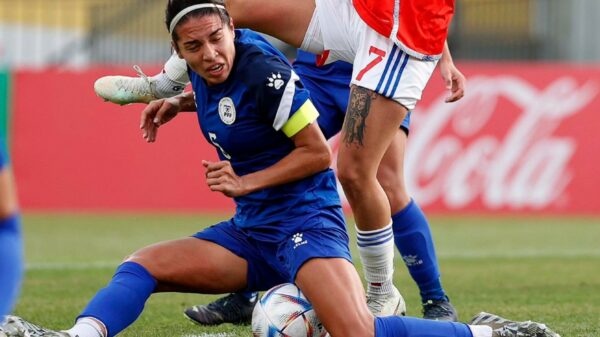 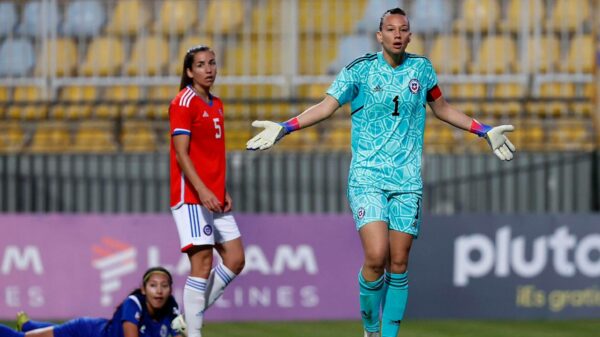 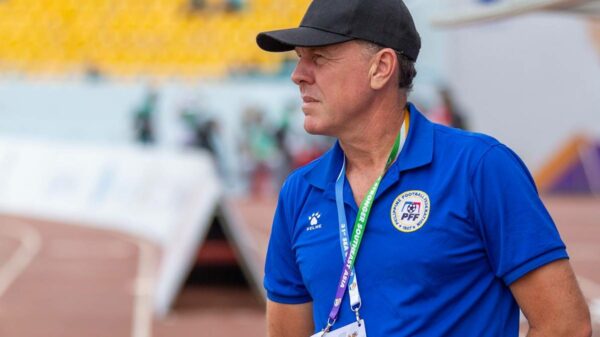 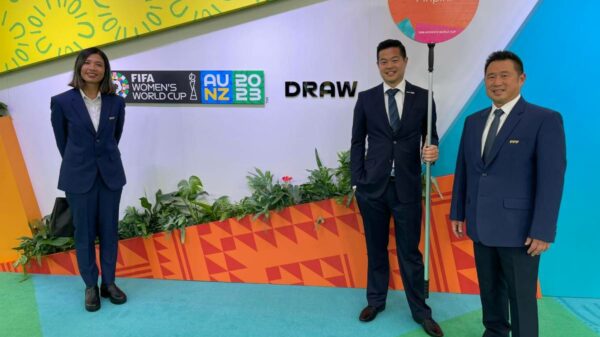