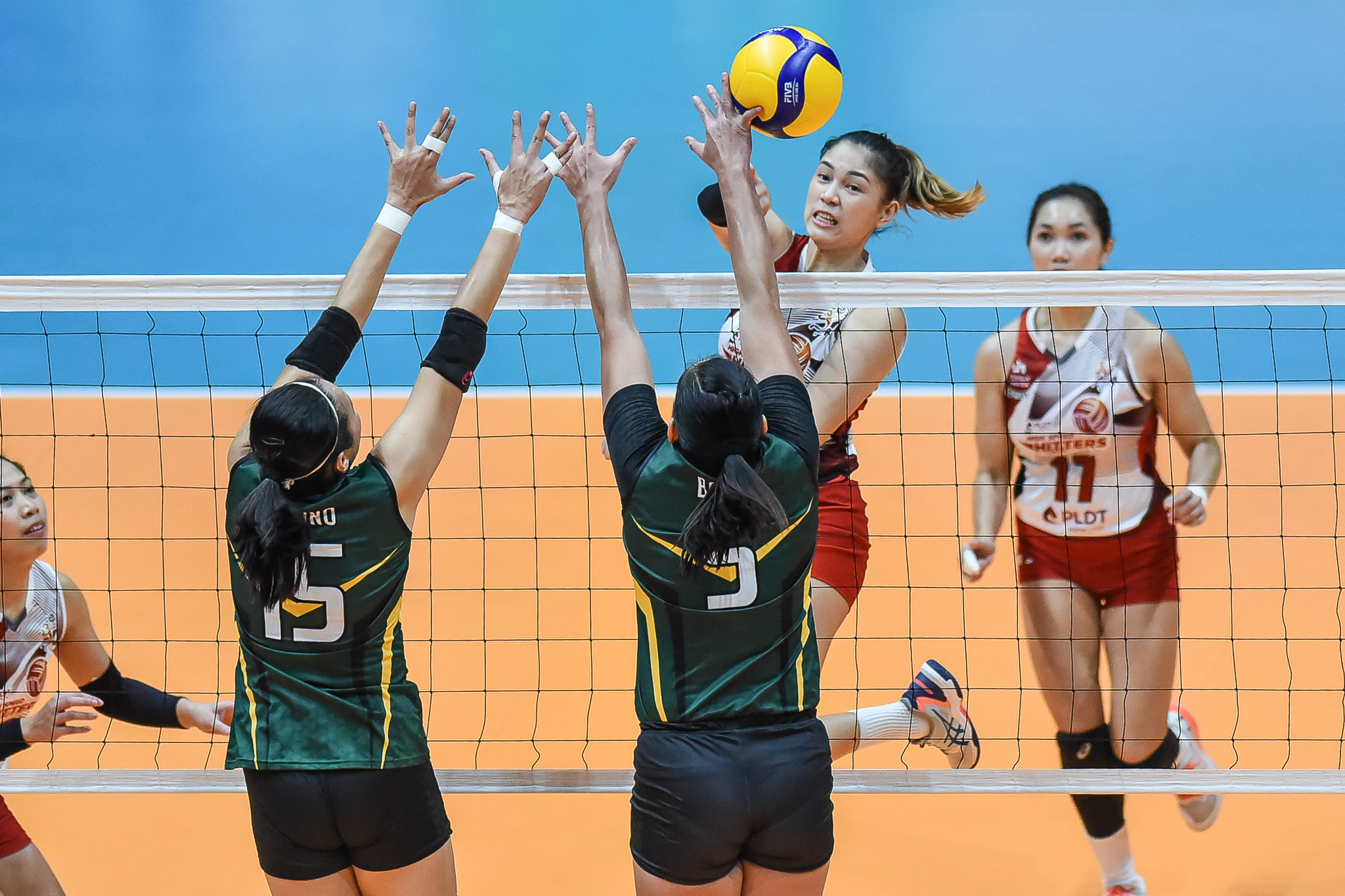 PLDT opened its semifinals campaign with a straight-set victory over Army-Black Mamba, 25-22, 25-18, 25-21 in the 2022 Premier Volleyball League Invitational Conference, Tuesday at the Filoil EcoOil Centre.

Rhea Dimaculangan and Mika Reyes starred for the HD Spikers as they take the early lead in the semis standings at 1-0. The former delivered 22 excellent sets along with two points; on the other hand, the latter added 16 points on 15 attacks and a block.

With the scores locked at 20-all, Mich Morente and Nene Bautista committed consecutive errors from the service and attack lines. Chin Basas then delivered a hit to put the High Speed Hitters ahead by three in the third set.

Reyes’ quick placed PLDT at match point but Bautista scored off of Reyes’ hands to keep Army alive. The former La Salle star then sealed the win with another quick.

Dell Palomata had 12 points for PLDT while Chin Basas chipped in 11 points. Fiola Ceballos finished with a triple-double of 10 points, 15 excellent digs, and 14 excellent receptions.

PLDT found the much-needed separation in the opening set after Jovelyn Gonzaga broke a 22-all deadlock with a service error. Eli Soyud then placed the High Speed Hitters at set point, before Wendy Semana delivered an ace to help her side take a 1-0 advantage.

In the second frame, Army sliced a six-point disadvantage to three, 17-20. But PLDT ended the set with a blazing 5-1 blast with Reyes scoring the last three points for the 2-0 lead.

Ivy Perez was held to just seven excellent sets in the loss.

Army fell to 0-1 to start the six-team semifinals.

PLDT takes on Cignal next on Thursday at 5:30 PM. Meanwhile, Army will face Creamline earlier that day at 2:30 PM. Both games will take place at the Ynares Center in Antipolo.