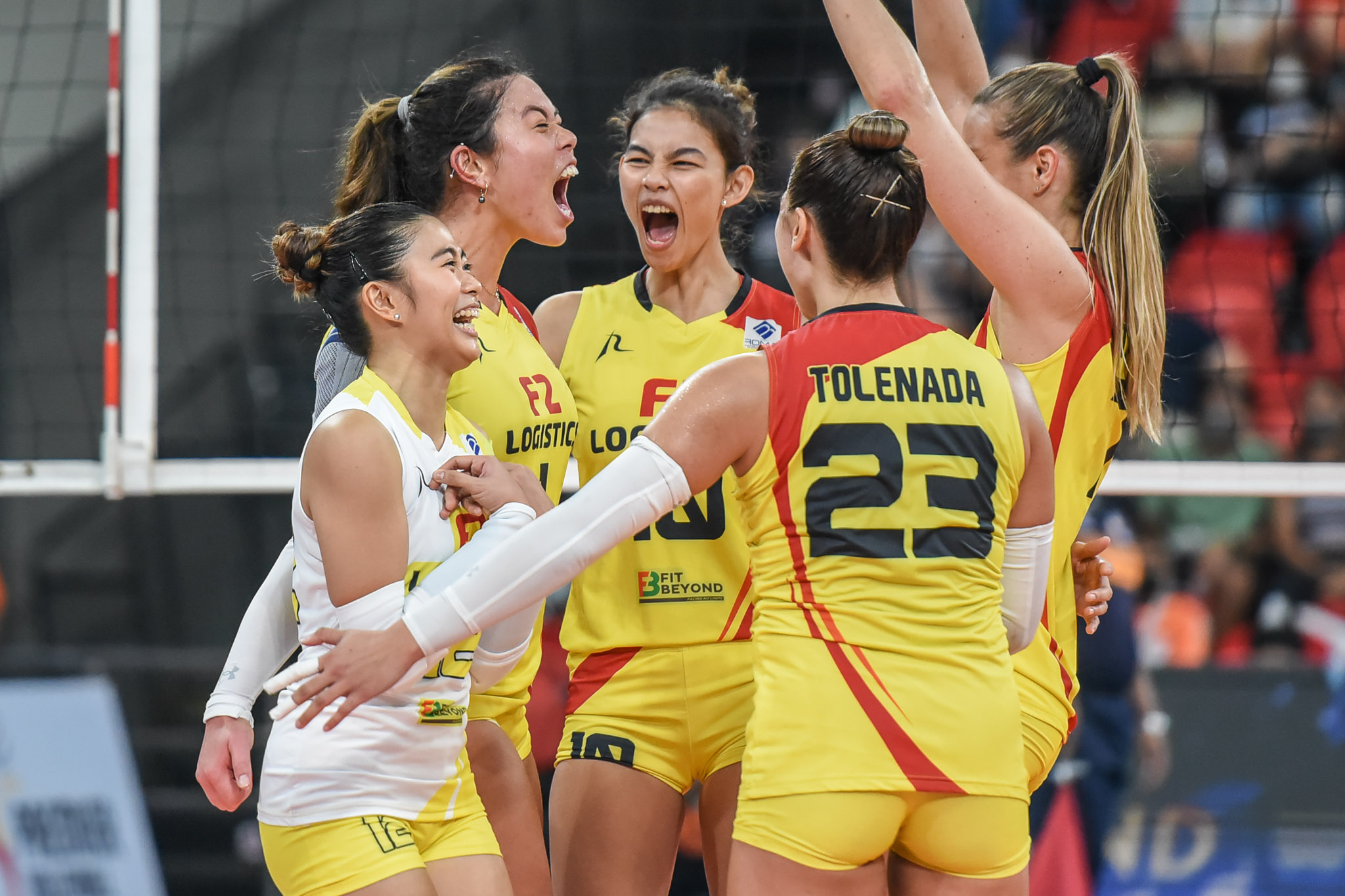 Lindsay Stalzer and Kalei Mau dominated as the also-ran F2 Logistics capped off its 2022 Premier Volleyball League Reinforced Conference campaign on a high after taking down the semis-bound Petro Gazz in straight sets, 25-16, 25-22, 27-25 at the Philsports Arena, Tuesday night.

Stalzer dropped 22 points on 19 attacks, two blocks, and an ace to go along with seven excellent digs and six excellent receptions while Mau, who missed the team’s crucial loss to Akari last week, unloaded 20 points built on 19 attacks for the Cargo Movers.

F2 Logistics ended the Reinforced Conference in fifth place with a 4-4 win-loss standing after deciding to skip the previous conference.

Mau scored six of the Cargo Movers’ last eight points in the third set to turn a 21-23 disadvantage into a tight 27-25 triumph that finished off the straight-sets win.

Lindsey Vander Weide scored 11 points for the 5-3 Angels on 11 attacks while MJ Phillips had 11 as well on six attacks, three blocks, and two aces.

Remy Palma and Myla Pablo had six apiece while Jonah Sabete and Aiza Maizo chipped in four points each.

Petro Gazz, who ended the eliminations as the number three seed, will take on the top-ranked Creamline in the semifinals on November 24, Thursday at 2:30 PM.