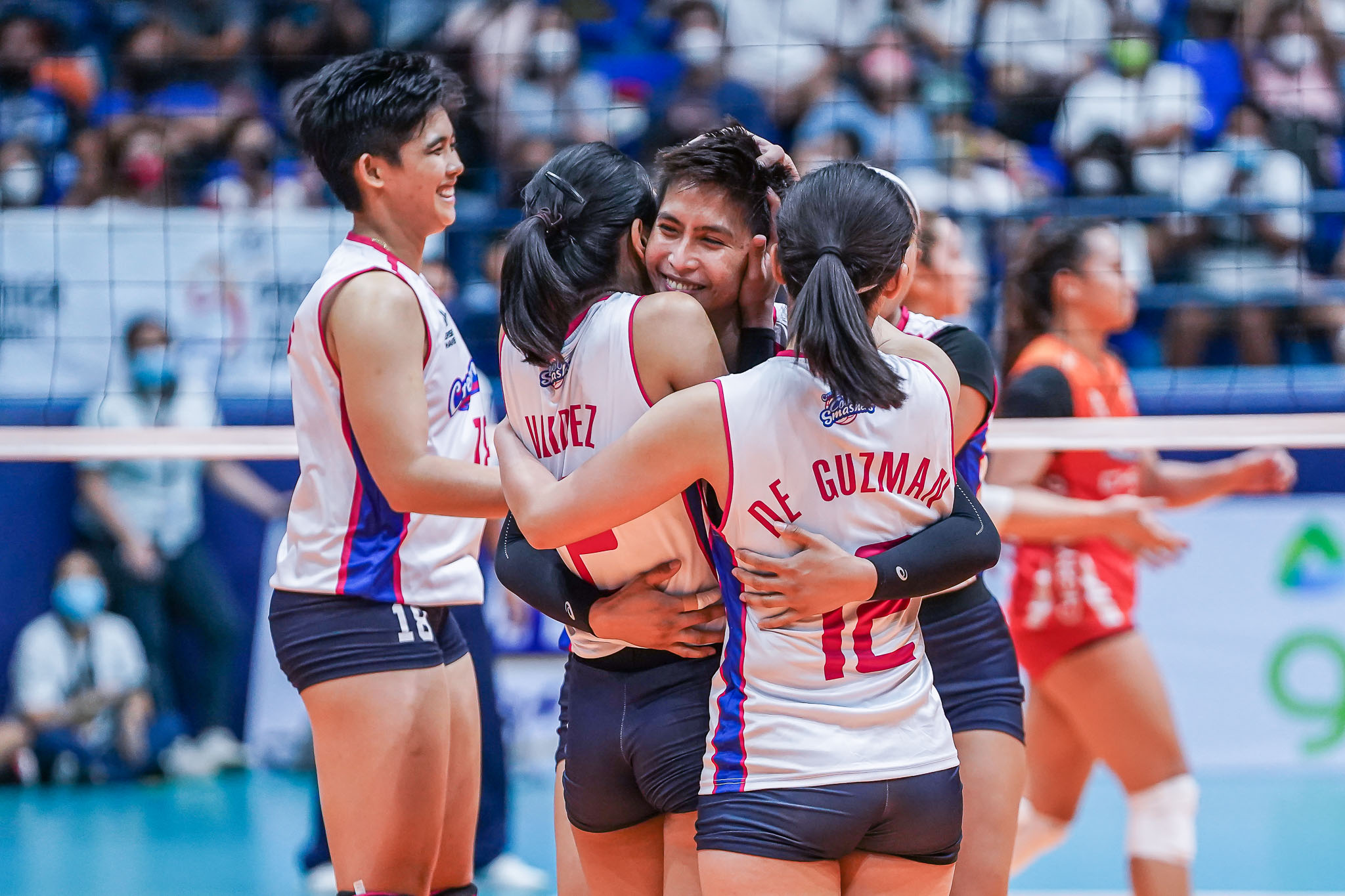 Creamline finally got its revenge on Chery Tiggo, Monday night.

Tots Carlos popped off with 17 points and 16 excellent digs while Jema Galanza added 16 points and nine receptions to help Creamline overcome a gutsy Chery Tiggo side that put up a gallant stand in the third set to extend the series.

Tied at 16-all in the fourth frame, Alyssa Valdez kick-started a 5-1 run to give the Cool Smashers a 21-17 advantage.

EJ Laure trimmed the lead to three, but Rachel Austero’s service went long in the next play which put Creamline’s lead back to four.

Tots Carlos fired back-to-back hits to place the Cool Smashers at match point before Jeanette Panaga ended the game with a runner.

Panaga finished with 15 points for Creamline while Alyssa Valdez and Celine Domingo chipped in 11 and 10 points, respectively.

On the other hand, Mylene Paat paced the defending champions with 11 points while EJ Laure chipped in nine markers and eight digs. Dindin Santiago-Manabat was held to just four points in the loss.

The last time these two teams met was in the finale of the 2021 Open Conference finals where the Crossovers bagged the first-ever professional title of the PVL.

Creamline will go up against the winner of the Choco Mucho-PLDT match in the semis on Friday at 6:00 PM while Chery Tiggo will head to the classification face on Sunday against Black Mamba-Army at 11:00 AM.