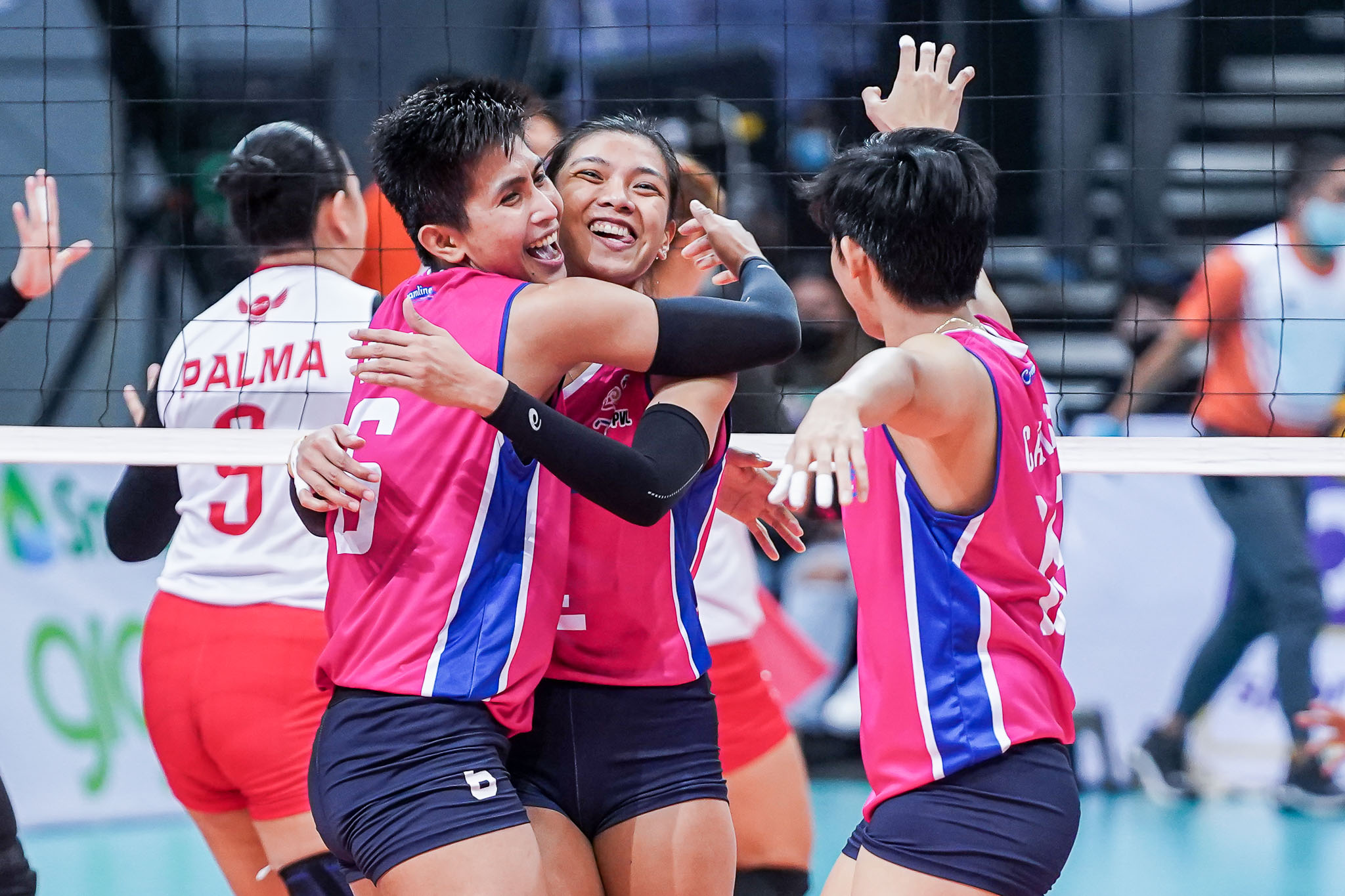 Tots Carlos and Alyssa Valdez were at the forefront of the Cool Smashers’ assault, finishing with 26 big points each.

With the Jonah Sabete-led Angels already at match point, Valdez fired a hit while Carlos converted an ace to lock the scores at 24-all in the fourth set.

Jia De Guzman failed to get the ball over the net in the next play, but Valdez once again scored. This time, an off-the-block hit to knot it at 25. Nicole Tiamzon found an opening to put Petro Gazz ahead by one, but Jema Galanza equalized the scores anew.

Not wanting to go down without a fight, MJ Phillips scored one off an over receive but Tiamzon committed an attack error which tied the ball game at 27. Phillips went for a quick but Carlos’ off-the-block conversion once again locked the match.

Valdez and Aiza Maizo-Pontillas exchanged hits before the former put Creamline ahead, 30-29. Valdez’s next attack went out but Carlos was there to give the Cool Smashers the lead. Seth Rodriguez’s attack went long afterwards, giving Creamline the win.

After exchanging the first two sets, the Cool Smashers grabbed a dominant third set win with a 13-point advantage.

Over at the other end, Phillips and Grethcel Soltones, who left the game late in the fourth set due to a knee injury, led the way with 13 and 12 points, respectively, while Jonah Sabete added 11 points.

Chie Saet had 21 excellent sets while Bang Pineda only had eight digs in the loss.

Game Two will be on Friday, 6:00 PM at the Ynares Center in Antipolo.