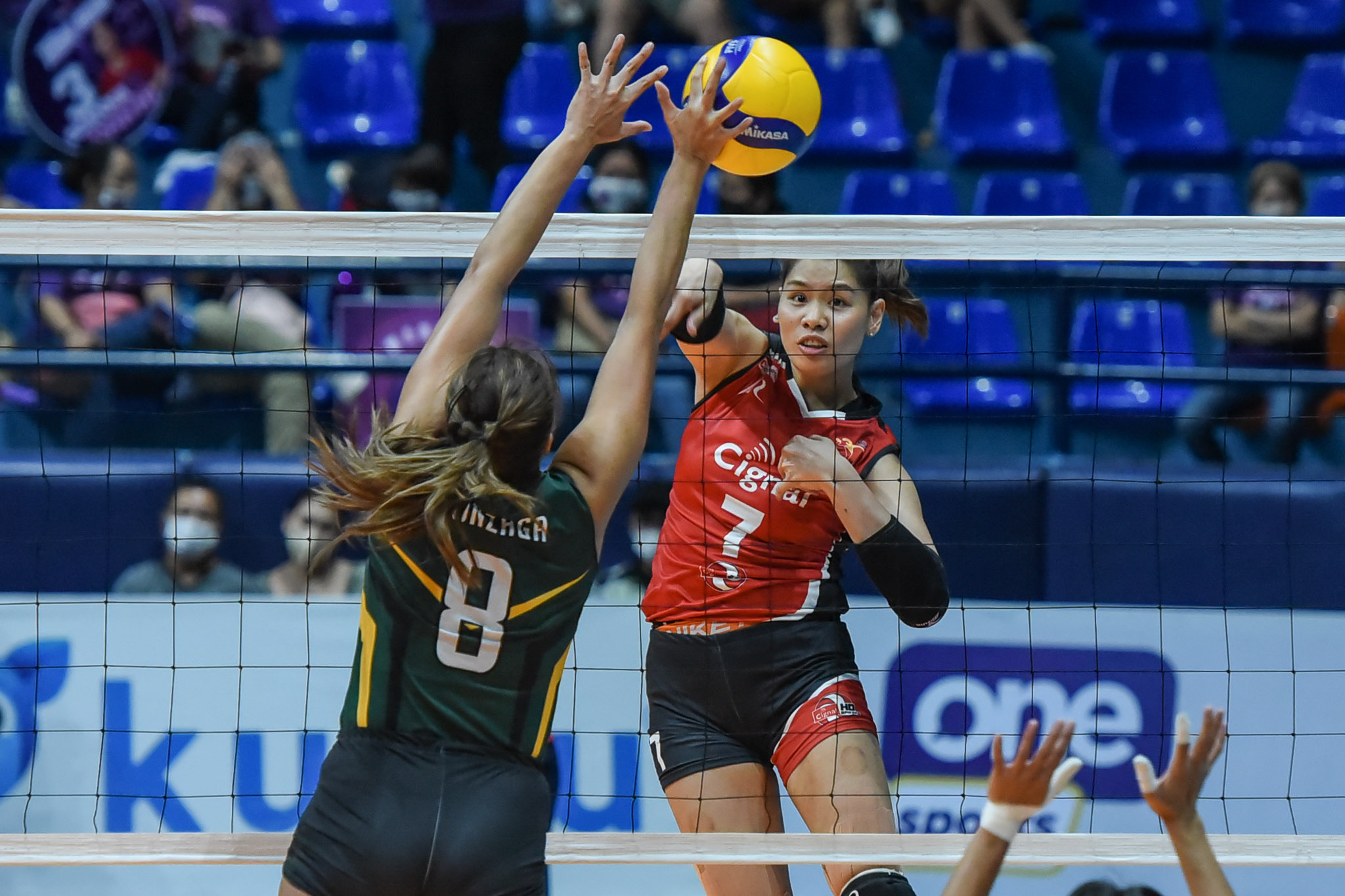 Despite playing without head coach Shaq Delos Santos, Cignal fended off a gutsy Army-Black Mamba side in four sets, 25-17, 21-25, 25-20, 25-20 for its first win in the 2022 Premier Volleyball League Invitational Conference on Saturday at the FilOil Flying V Centre.

In the fourth set, the Lady Troopers committed three consecutive errors which gave the HD Spikers a 21-17 advantage. Cignal never looked back from there, once again capitalizing on a pair of errors from Ivy Perez to take its first win of the conference.

Angeli Cayuna glued things together for the HD Spikers with 24 excellent sets to go along with seven points. Jheck Dionela had 16 receptions and eight digs.

After a tight affair in the opening of the first set, Cignal ran away with a 12-5 blast to take a 21-14 advantage over Army. An attack error from Jovelyn Gonzaga eventually pushed the HD Spikers’ advantage to eight, 24-16. Molina then nailed a spike to seal the win.

Both squads once again figured in a tight encounter in the second set. The Lady Troopers leaned on Nerissa Bautista, who kick-started a 5-0 blast to put a 21-16 cushion. Cignal tried to mount a comeback, but Ging Balse-Pabayo, Joanne Bunag, Gonzaga, and Bautista took turns in securing the crucial points to even the scores at 1-all.

The HD Spikers pulled away late, establishing a 24-17 advantage off a Ria Meneses block on Bautista. Still, Army did not go down without a fight. It trimmed the deficit to four before Meneses bagged it with a quick.

Bautista topped the Lady Troopers in scoring with 14 points. The returning Gonzaga added 13 points and 22 excellent digs, while Mich Morante had 12 points, 11 digs, and six receptions.

Cignal will face Choco Mucho next on Thursday at 2:30 PM. On the other hand, Army looks to bounce back against Petro Gazz later that day at 5:30 PM.