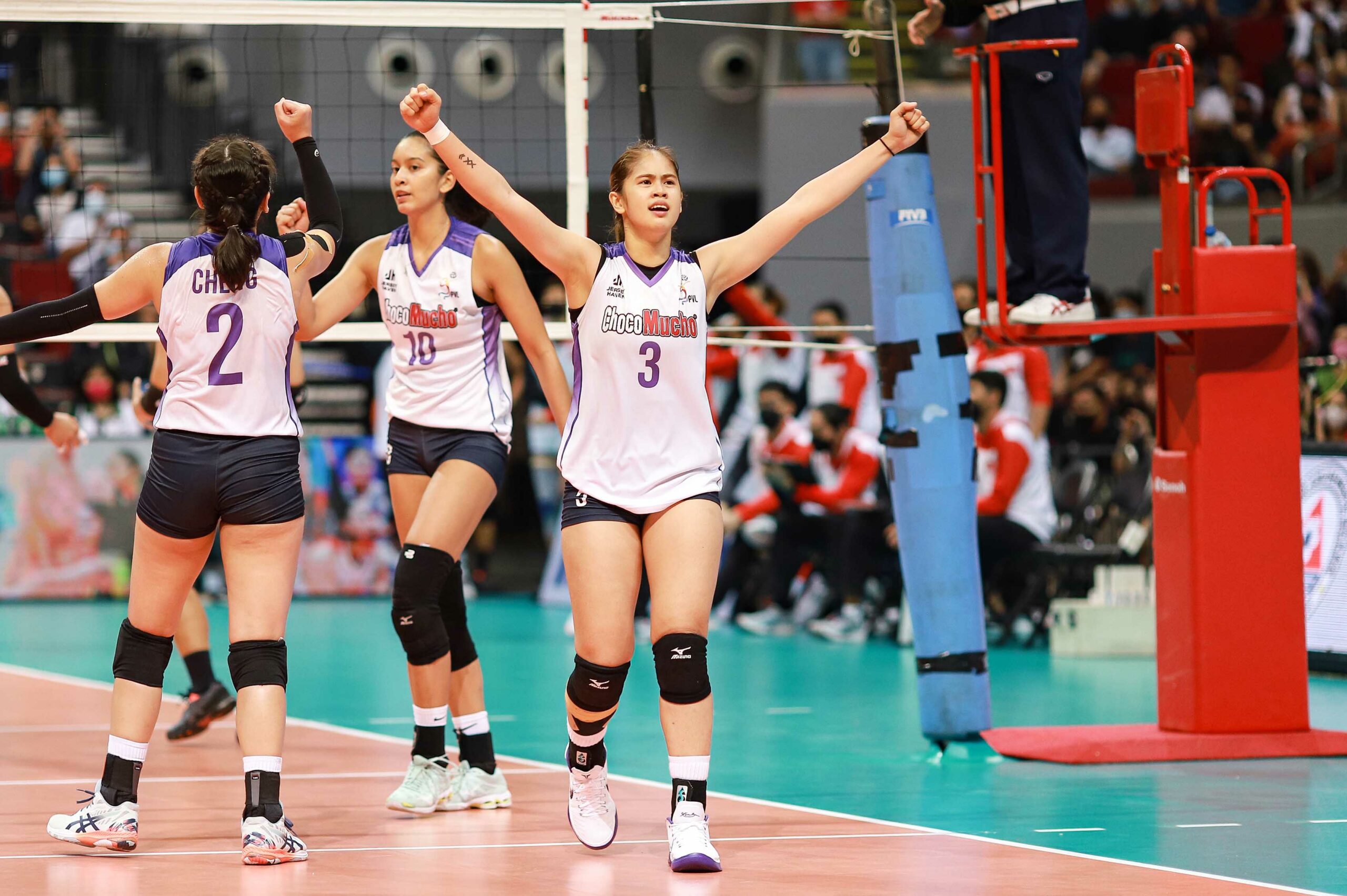 Choco Mucho is on the verge of its first podium finish since entering the Premier Volleyball League in 2019.

Still, despite the victory, Choco Mucho star Deanna Wong stressed that the job remains unfinished for the Flying Titans.

“Masaya, pero hindi pa tapos yung trabaho namin. So there’s still one more game and we want to get it,” said Wong after the match.

If Choco Mucho bags bronze on Friday, this will be the team’s highest finish in the league.

The Flying Titans settled for a seventh-place finish in their debut back in the 2019 PVL Open Conference.

The team had the chance to enter the finals in the 2021 Open Conference in the Ilocos Norte bubble. However, it fell to eventual champions Chery Tiggo. Choco Mucho then lost the battle for third series against Petro Gazz, which relegated them to fourth place. 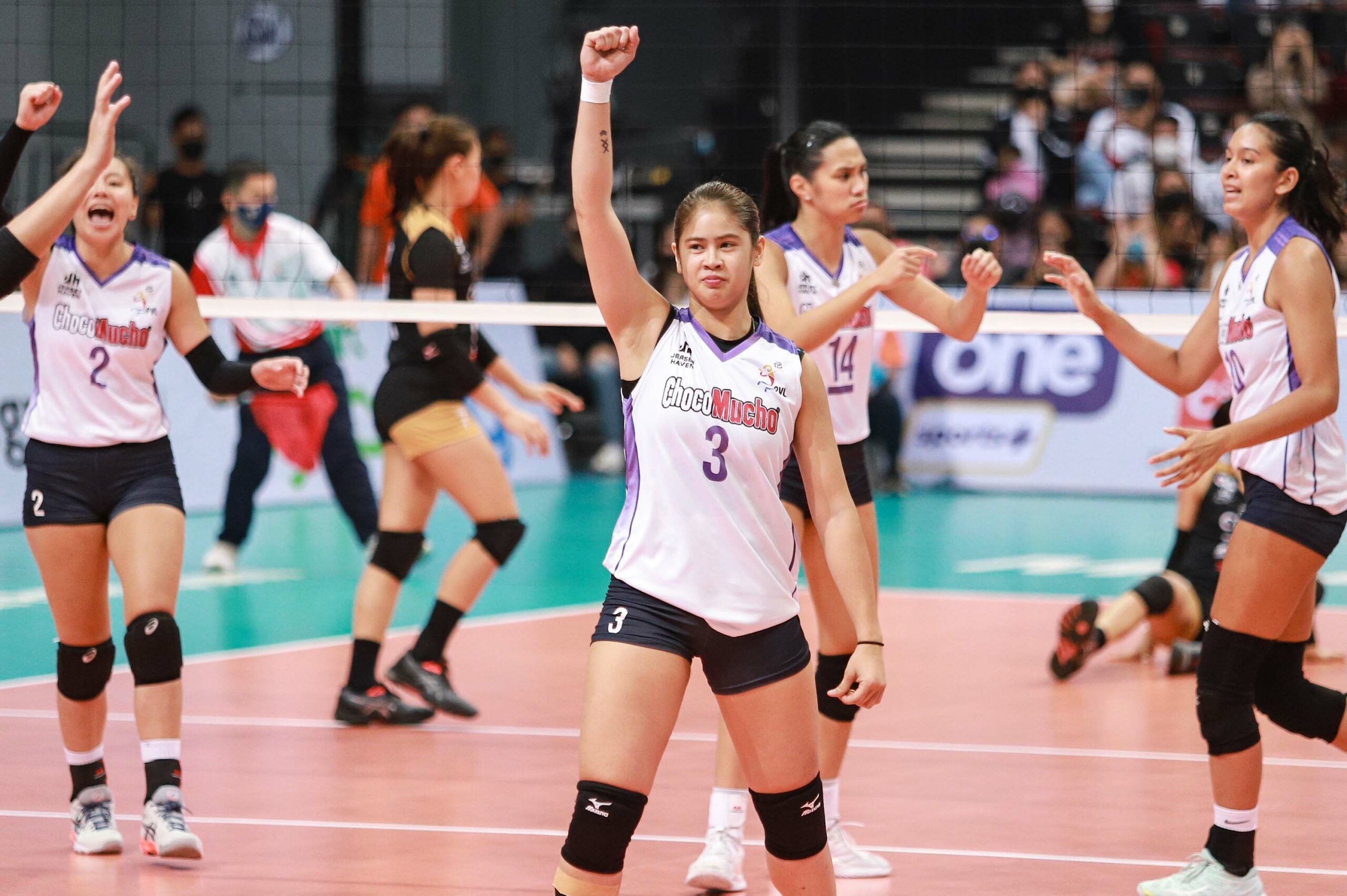 “Siguro mindset is to be able to win. So, lesson learned yung ‘di kami nakapasok ng finals. Maybe it’s not our time. Pero yun we want to end the season with a win, a bang,” said the native of Cebu.

Wong, whose fans flocked to the MOA Arena to support her and Choco Mucho, had an inspired outing against Cignal. She finished with 30 excellent sets along with 26 excellent digs and four points.

And she could not thank them enough for taking the time to show their support for the team in their campaign for the bronze medal.

“I’m really just grateful for all of them kasi hindi lang sila sa’kin nagsusuporta, sa buong team [din]. I wish them the best.”