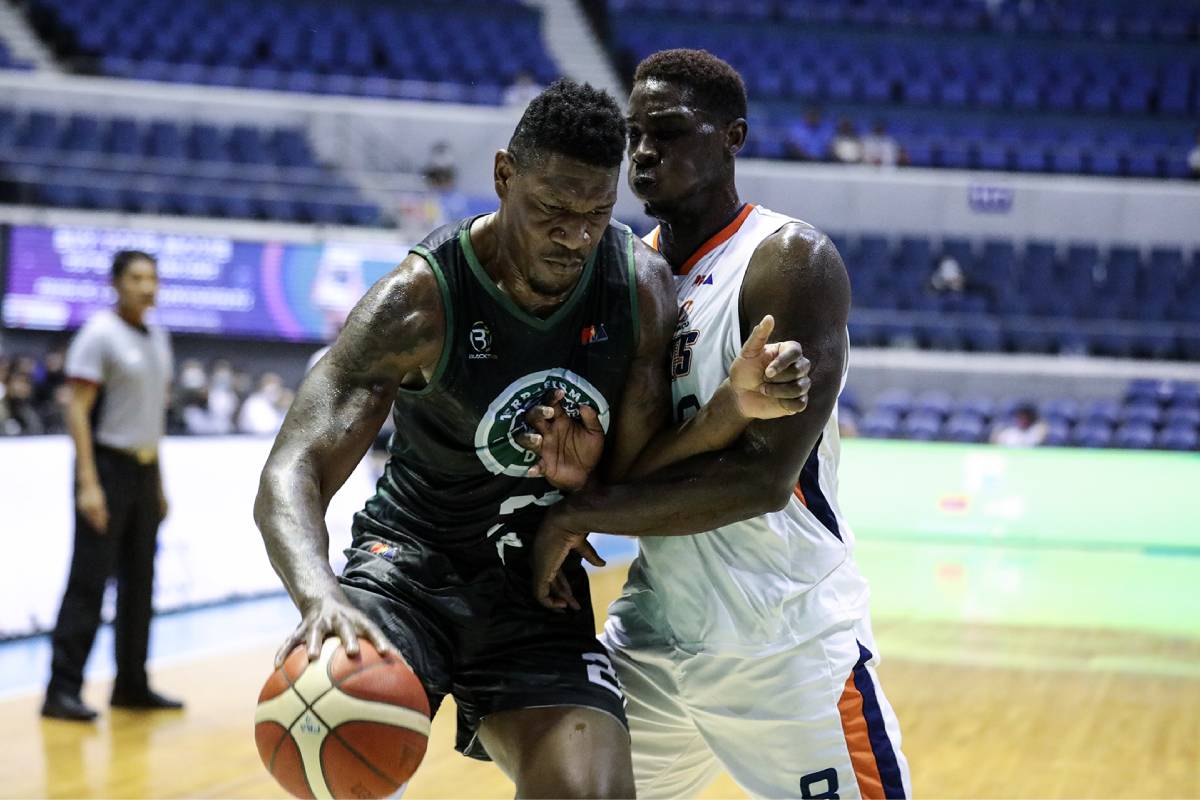 Lester Prosper is keeping the faith that Terrafirma will have everything figured out soon as the ball club is in the midst of a harrowing losing skid.

The Dyip on Friday absorbed their 20th consecutive defeat after dropping a 105-92 decision to Meralco in PBA Commissioner’s Cup action, but the returning import is choosing to stick to the positives despite the predicament they’re in.

It has been 236 days since the franchise last tasted a win or since a 109-103 victory over Blackwater in the Governors’ Cup last February 12.

“I just saw improvement, the way we fought,” offered Prosper moments after the match at the SMART Araneta Coliseum.

“Our team is very young and they’re developing day by day. They’re becoming better and better day by day,” added the 34-year-old.

Terrafirma did make it a tight encounter against the Bolts early on, but injuries to Andreas Cahilig and, later on, star guard Juami Tiongson took its toll on the crew. The remaining ones, unfortunately, could only do so much.

It couldn’t be any more disappointing for a Dyip side that’s already without key cogs in Ed Daquioag, Isaac Go, and Bonbon Batiller due to injuries.

Serving as the bright spot in what has been an agonizing campaign, though, is Prosper, who had 35 points and 18 rebounds versus Meralco.

#ReadMore  T1's Kuku out of Singapore Major due to 'health problem'

The naturalized Indonesian center has been a picture of consistency for Terrafirma with averages of 34.8 points and 19.5 rebounds — including a monstrous 43-25 outing against Converge last September 23.

He didn’t hide that frustrations mount whenever they lose but added it’s all part of the growth and improvement Terrafirma is going after.

“When you’re always losing, there is always frustration. But as I said, it’s about improving, helping this team improve,” he offered.

“Helping these guys to be a cohesive unit, to be able to go out there on the floor and battle against teams like Magnolia, Meralco, San Miguel, and even the young teams like Converge,” he furthered.

And if the Dyip continues to improve, Prosper believes, the win will come soon — just one, for him, is what the team needs to ‘stop the bleeding.’

“We have to play with more energy. We have to make better decisions. If we continue to do this, if we continue to improve, we can definitely get one win. All we need is one to just stop the bleeding,” he said.