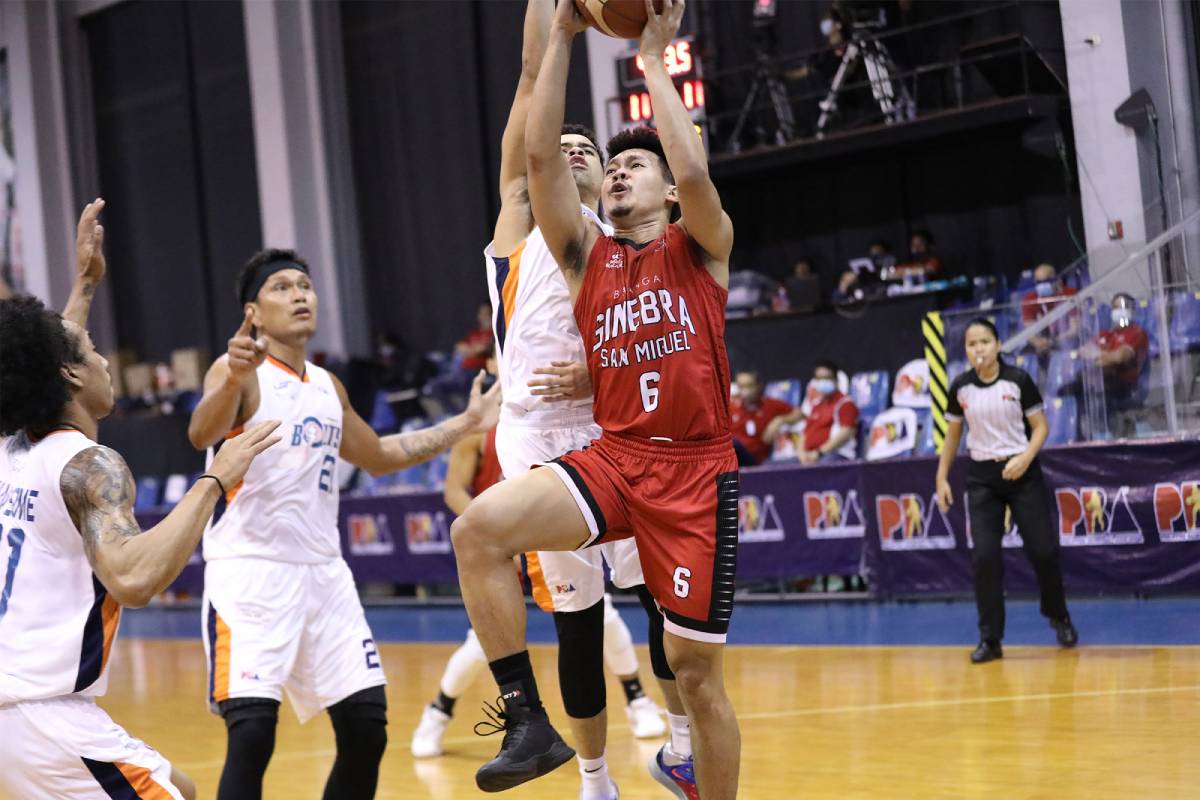 This, as the Gin Kings dominated the Bolts anew, 96-79, to decisively take Game 1 of their 2020 PBA Philippine Cup best-of-five semifinal series, Wednesday night at the SMART 5G-powered AUF Sports and Cultural Center.

Stanley Pringle led the spread-out attack with 19 points, nine of which came in the second quarter where the Barangay started to break the game wide open that saw them flip a two-point lead to a 48-36 lead at the half.

The Fil-Am guard actually had a bad start into the match as he incurred two offensive fouls just five minutes in, but Coach Tim Cone lauded the other Gin Kings for soldiering on without their top scorer for a while.

Aljon Mariano, who checked in as Pringle was pulled out with 7:40 in the first; LA Tenorio, Scottie Thompson, Prince Caperal, and rookie Arvin Tolentino steadied the Barangay before Pringle came back prior to the frame’s end.

“Our guys were able to hold the fort until he was ready to come back late in the first quarter, and we made a little run before halftime. And that gave us a little bit of cushion going into the third quarter,” said Cone.

Thompson flirted with yet another triple-double, finishing with 13 points, nine rebounds, and eight assists. One of his dimes led to a Caperal trey that pushed their lead to a game-high 25 points, 90-65, with 4:46 left to play.

Tolentino supplied 13 points as well. Tenorio and Mariano each produced 11 points, while Caperal chimed in 10 markers on two triples as a total of six Gin Kings scored in double figures in the impressive win.

“It was a great team game,” Cone said. “Stanley played great, he deserved the Player of the Game, but there were a lot of contributions out there. We did a lot better offensively than I thought we would against their defense.”

Allein Maliksi led Meralco with 24 points, as he carried much of the load offensively on a night that saw usual providers Reynel Hugnatan and Baser Amer limited to just nine and two points, respectively.