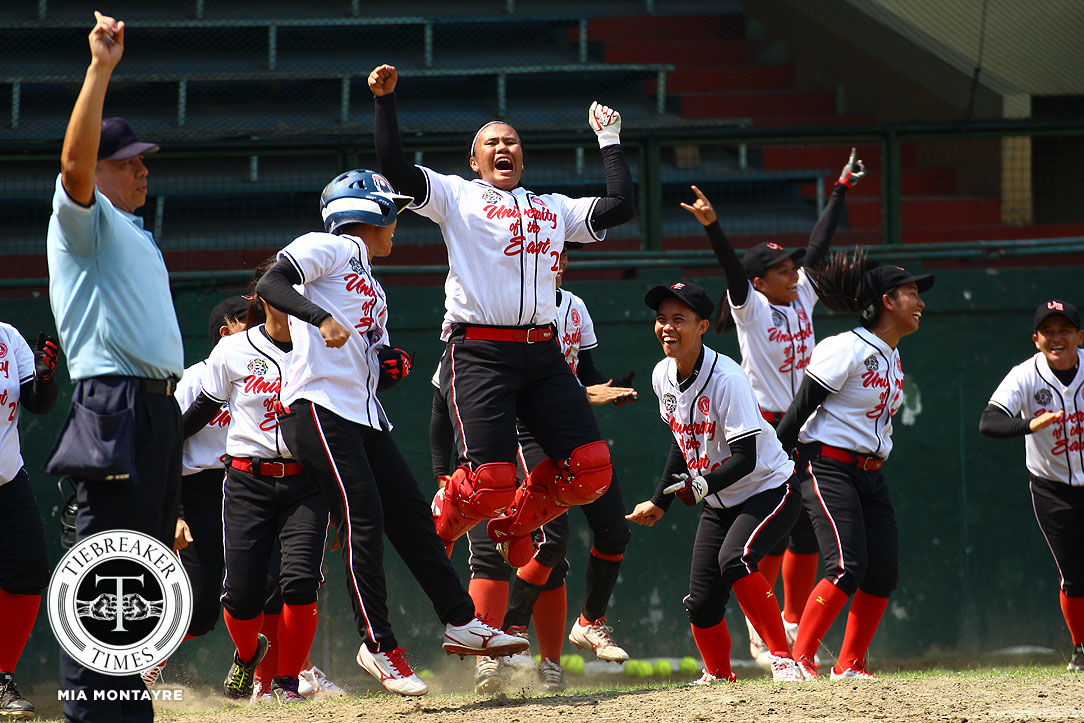 In an opening day thriller, the University of the East Lady Warriors stormed back from a 0-3 deficit to stun the depleted National University Lady Bulldogs, 4-3, to open their UAAP Season 80 campaign on a high note, Thursday afternoon at the Rizal Memorial Stadium.

The Lady Warriors had to dig deep in the game as the Lady Bulldogs jumped on an early 3-0 lead.

After pitching five excellent innings and helping give NU a 3-1 lead, NU’s ace pitcher Mia Macapagal tired out in the sixth inning, hitting two batters to start the inning. Leslie Latina was able to score a run to cut the lead down to just a solitary run entering the final inning.

Lovely Redaja was able to hold the fort during the top of the seventh inning, setting up the huge finish.

Pinch hitter Michelle Mercado knocked the first home run of the year to start the bottom of the seventh for the tying run.

A walk of Redaja gave UE base and was substituted for pinch runner Princess Huesca. A sacrifice grounder by Mary Joy Catacutan gave Huesca scoring position. Charlene Quintos then capped the huge end game rally with a hit to left field that paved the way for Huesca’s winning run.

UE only had two hits for the day but it was the defense that helped paved the way for the win. The Lady Warriors stranded a total of seven batters on base.

The Lady Bulldogs entered the season with nine of their key players either graduating or have left the school. Slugger Aimee Watson had to move to Italy while eight seniors graduated from the team.

Shaira Damasing made her return to NU, going 2-for-4 at-bat and notching an RBI.

UE will next face La Salle on Saturday, February 3 while NU next faces the defending champion Adamson on the same day.