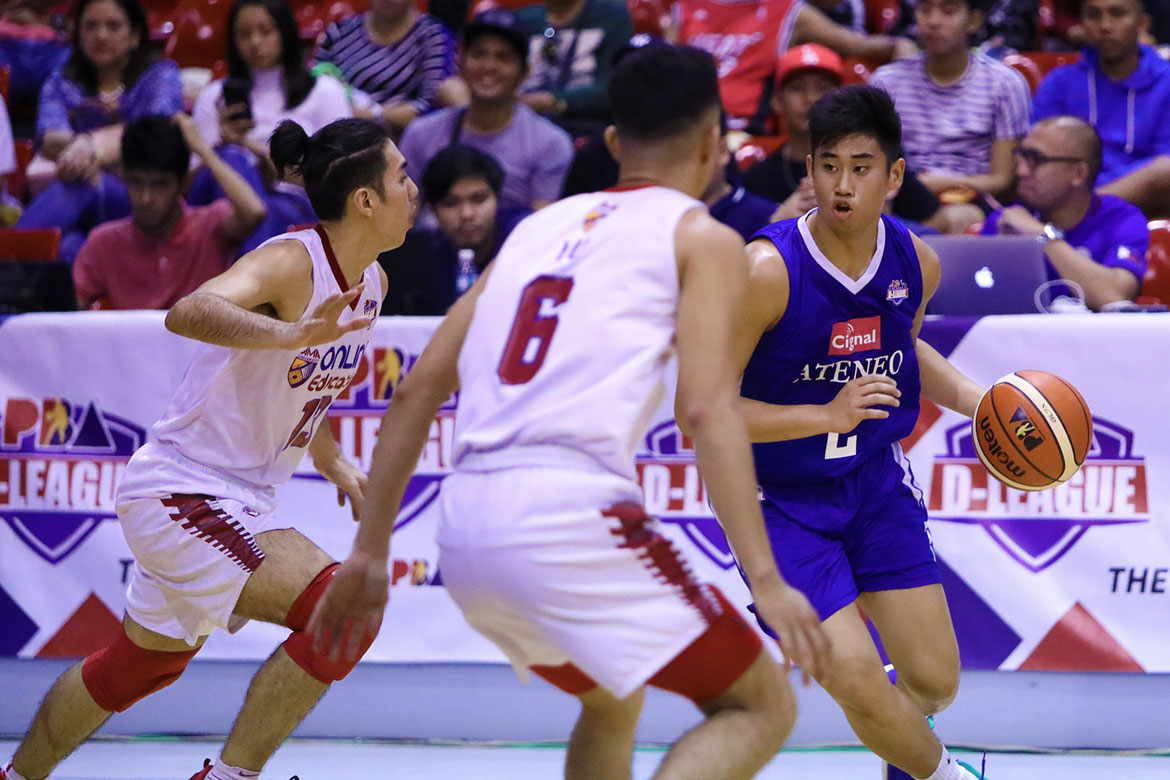 BJ Andrade has been putting in the work for Ateneo this off-season.

After impressing in the Philippine Collegiate Champions League in January – where he helped the Blue Eagles win the crown – the 6-foot guard continues his fine play in the 2019 PBA D-League.

And Ateneo head coach Tab Baldwin himself is proud with the marked improvement done by the 20-year-old.

“He’s in his third year now, he should be stepping up. He’s a very good shooter of the basketball, a very good defender. We’ve got to get him thinking about the game more especially defensively,” Baldwin remarked about the former Blue Eaglet.

“He allows his instincts to take over. I love his aggressiveness, but sometimes he’s out of position, sometimes he fouls a bit. He’s making improvements and I’m proud of him,” the former national team tactician added.

“He’s continued to work hard even with very limited role in the team. Hopefully this year, he’ll reap the rewards of that.”

But more than just showing what he’s capable of, it is his desire to having longer minutes in the new UAAP season that pushes him to work harder and hone his craft even more.