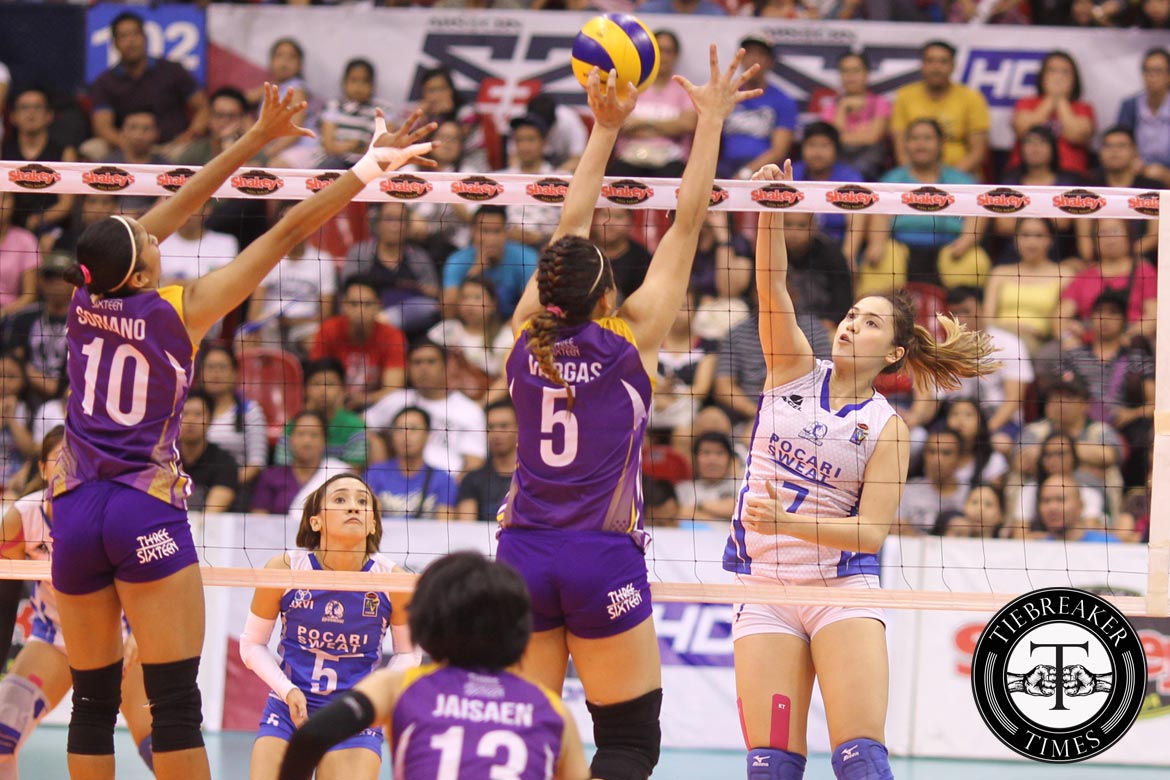 The Pocari Sweat Lady Warriors neared a historic double-crown after dispatching the Bureau of Customs Transformers in Game One of the 2016 Shakey’s V-League Reinforced Conference Finals 25-22, 25-18, 25-18 at the PhilSports Arena in Pasig City.

Unlike their championship run in the Open Conference, Pocari Sweat claimed a cushion in the series by coming out of the series opener strong.

The Lady Warriors dominated right from the first point, leading the opening set 16-13 and maintaining the lead until the end. The second set was a romp with Pocari amassing an 8-3 advantage while the third set saw a spirited late comeback from Customs but their own service errors allowed Pocari to cruise to the win.

“We knew from the start naman na kahit lumamang kami, we’re going to need to maintain our intensity throughout the game kasi lalaban ‘yang Customs. Thankfully, we were consistent even if Customs had a few rallies to keep it close,” said Pocari skipper Michele Gumabao.

Captain Alyssa Valdez was the lone bright spot for BOC with 12 points and nine digs.

Game Two will be on Monday, 6:00 pm at the PhilSports Arena.

“We want to close it out in two, siyempre, but that’s easier said than done. We’re just going to practice tomorrow and prepare for a tough fight,” said Pocari head coach Rommel Abella.

Melecio steps up to Ayo’s challenge