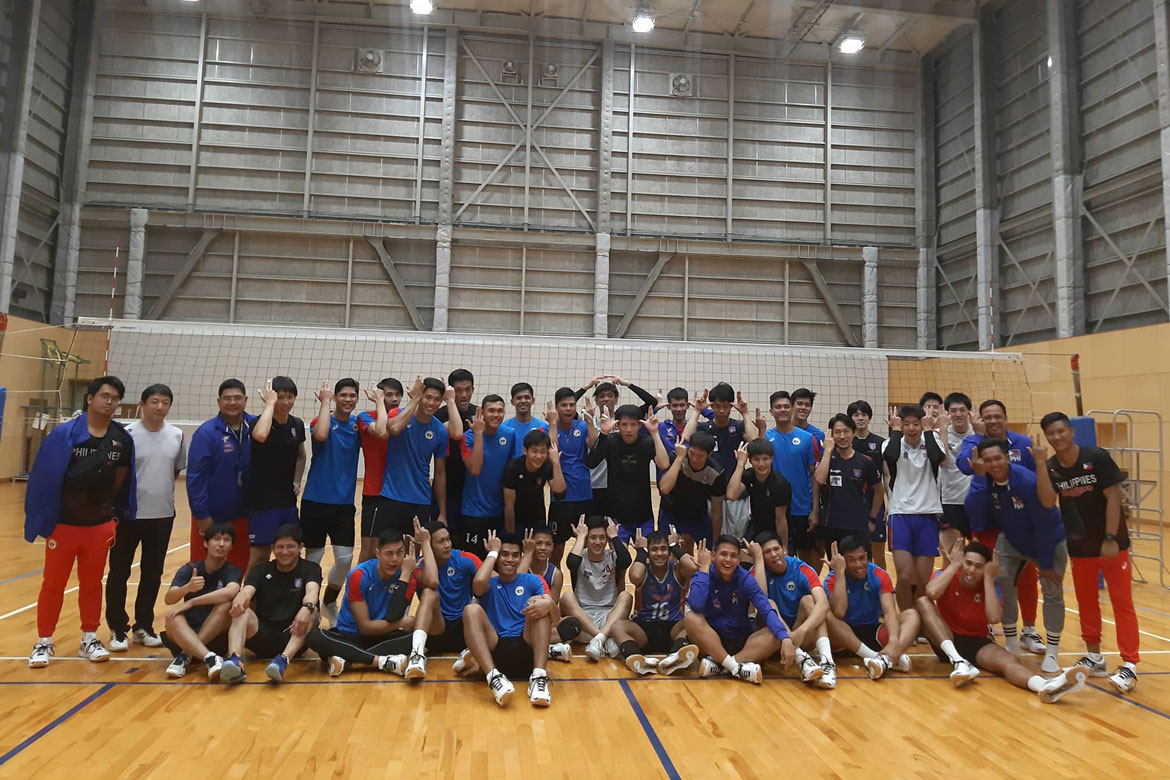 Coming off a thrilling victory over Chiba Zelba, the Philippine Men’s National Volleyball Team continued its momentum against FC Tokyo, falling by just four sets, 22-25, 15-25, 25-21, 18-25, in their tune-up match at the Fukagawa Gym, Tuesday.

Despite committing several unforced errors against the Japan Division I squad, Philippine team head coach Dante Alinsunurin remains satisfied with how his wards stood their ground in the team’s fifth straight friendly.

The Nationals, though, got its much-needed silver lining in the form of Bryan Bagunas, who played his first tune-up match in the 16-day training camp. Bagunas bolstered the Philippines’ offensive attack bannered by Marck Espejo, John Vic De Guzman, and Ranran Abdilla.

Since his time with the squad is limited, the Oita Miyoshi import looks to work on his communication with the rest of the Philippine team.

Losses aside, the reigning UAAP MVP believes that the Japan camp will only lead to great things for the Filipino spikers.

Bagunas will play his last tune-up match with the Rebisco-backed squad on Thursday against the FC Tokyo, before reuniting with his mother club on Friday.

Boyet Fernandez on end of San Beda streak: ‘The pressure is off our backs’