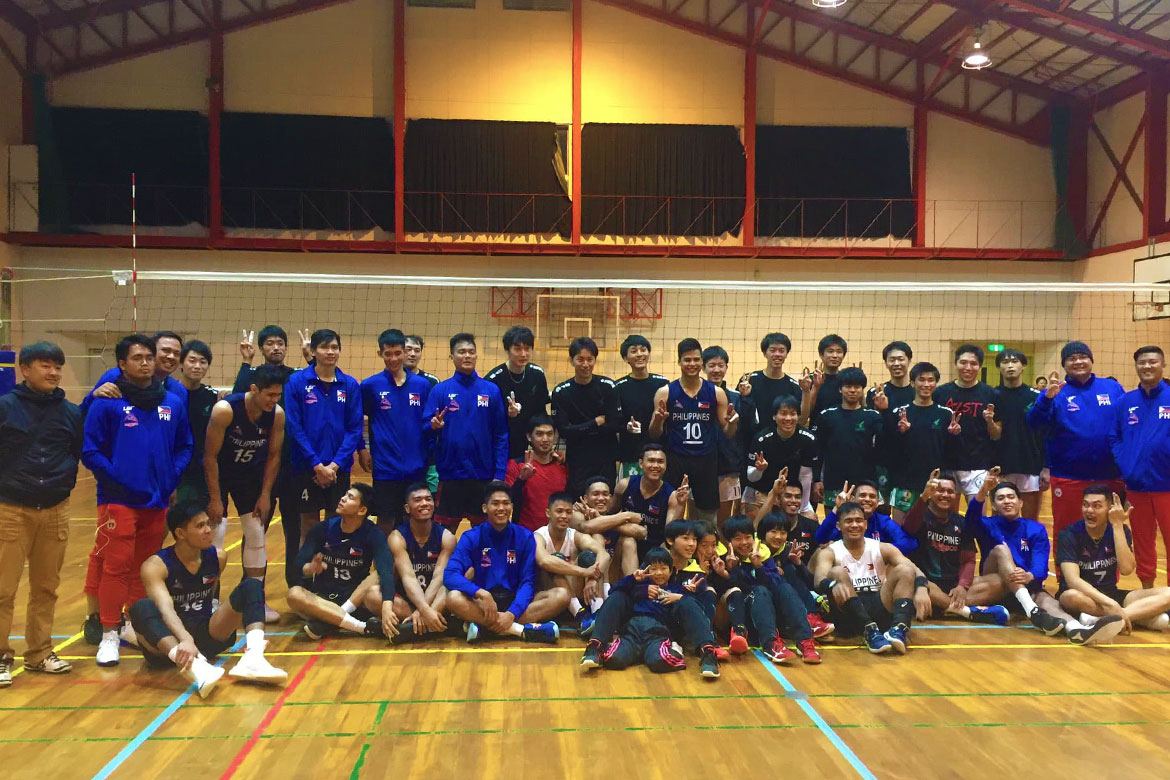 Coming from a straight-set defeat at the hands of Saitama Azalea, the Philippine Men’s National Volleyball Team showed its improved play after settling for a draw against Div II squad Tsukuba United, 24-26, 25-21, 25-21, 17-25, at the Matsushiro elementary school gym, Friday.

Ahead by a point off a Marck Espejo kill, the Nationals wasted a set-point advantage. They failed to contain Sun Gaia who scored three consecutive markers to help Tsukuba take an early 1-0 advantage.

The group of Espejo, John Vic De Guzman, Ran Abdilla, Kim Malabunga, Francis Saura, Ish Polvorosa, and Ricky Marcos then led the onslaught in the second and third sets to give the Philippines a commanding 2-1 lead.

Looking to test his team’s depth, Alinsunurin decided to insert his supporting cast of Joshua Umandal, Rex Intal, Joshua Retamar, and Jack Kalingking to join Espejo, Abdilla, and Malabunga in the fourth frame.

However, the move seemed backfire for the Nationals. They then failed to gain footing – causing them to drop the set.

And with the gymnasium only reserved until 10 pm, the host team requested to play only four sets, forcing the match to a draw.

The Filipino spikers will play their third straight tune-up match when they face the Fujitsu Red Spirits on Saturday afternoon at the Fujitsi Kawasaki Gym.