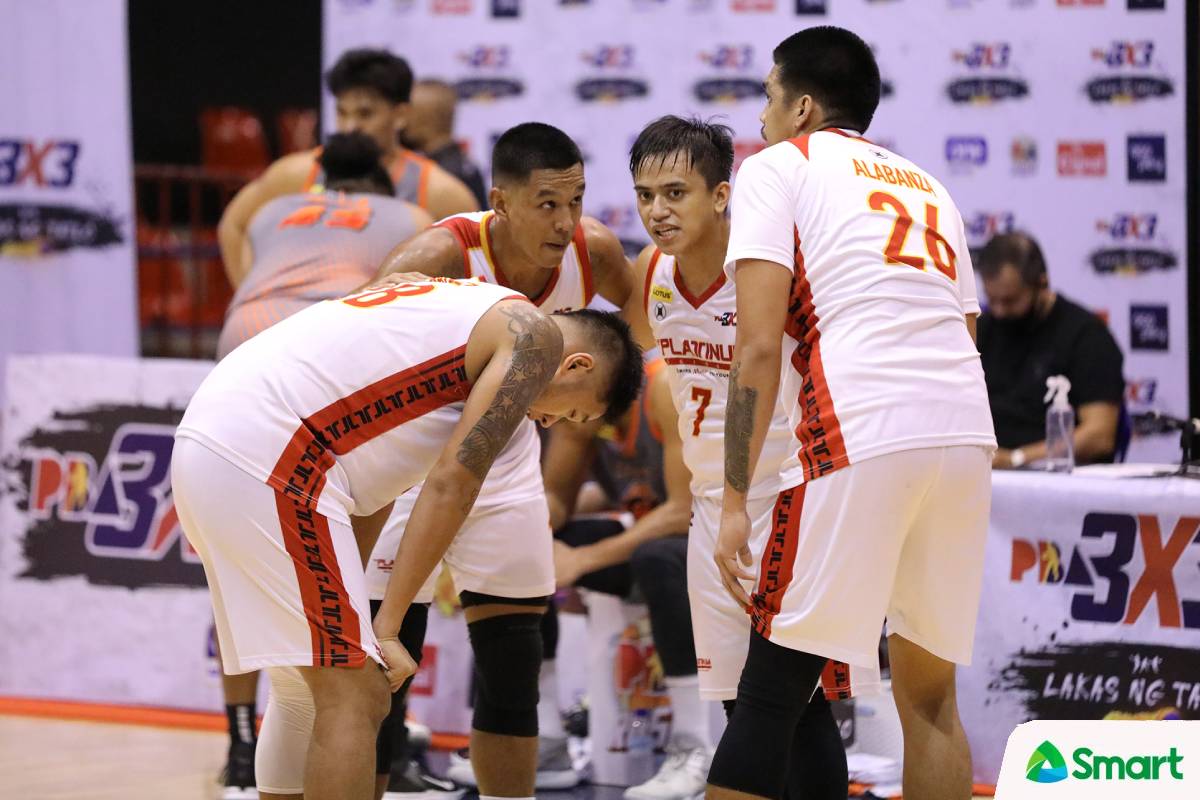 Platinum Karaoke signified its intentions of winning it all this time with a perfect run in the PBA 3×3 Leg 4 opener, Saturday at the Ynares Sports Arena.

After bombing out of the quarterfinals in the previous stop, the guest team finished Day 1 by winning all of their three matches to sit atop Pool A.

Platinum first took down CAVITEX, 21-13, and then beat third leg champions Sista by way of a 21-17 decision in a match marred by a scuffle between former national team pool members Chris De Chavez and Leo De Vera.

De Chavez charged towards De Vera, fuming as the latter’s attempt to block his game-winner got him hit in the face instead. But no untoward incident took place, as he was pulled by teammates Karl Dehesa and Ryan Monteclaro.

Tournament Director Joey Guanio told Tiebreaker Times that De Vera will have to pay a P1,000 fine as he was called for an unsportsmanlike foul.

The incident overshadowed the efforts of big man JR Alabanza, who powered the veteran-laden squad in the victory with 10 points.

Platinum concluded its Day 1 campaign with a 21-12 beating of Limitless App thanks to the nine-point outing of De Chavez, who ended up as the day’s top-scorer with 27 points, highlighted by his 12 markers versus the Braves.

They became the first team to clinch a spot in the quarterfinals, and will have a shot to finish the eliminations at 4-0 versus Zamboanga tomorrow. 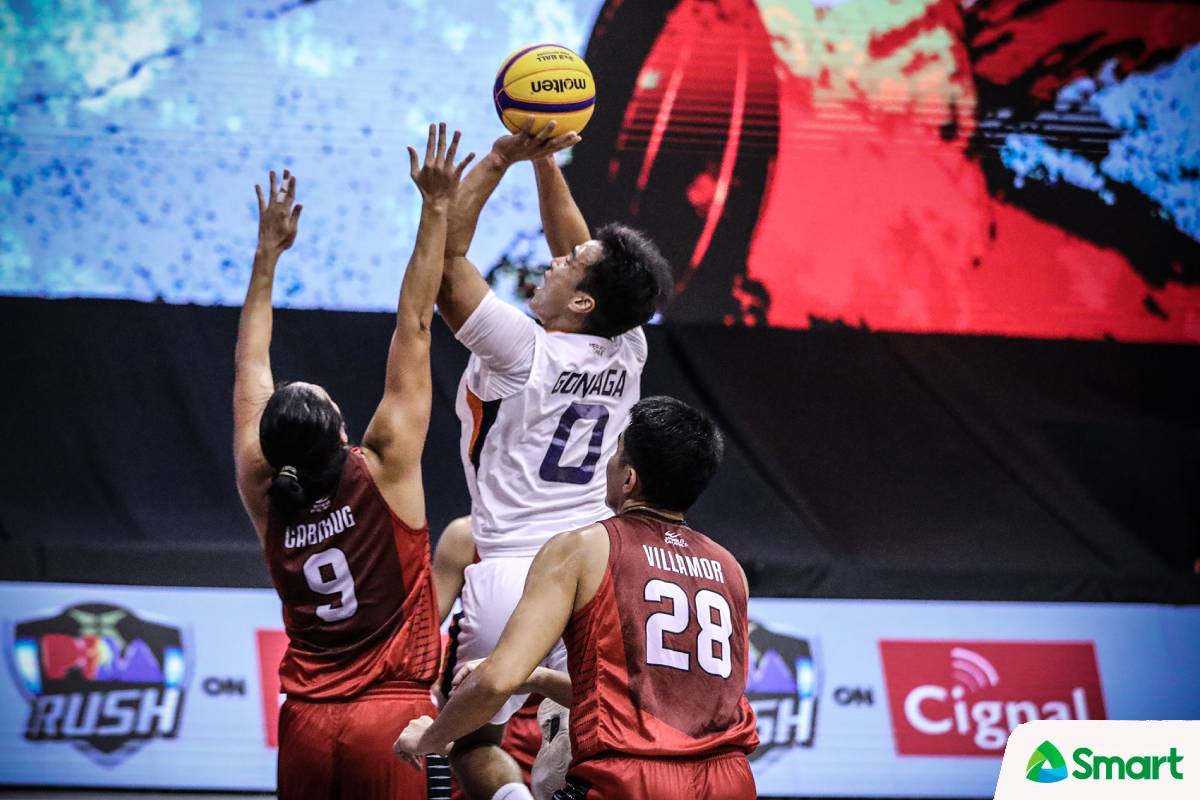 Meanwhile, Leg 2 rulers Meralco defeated both Pioneer Pro Tibay and Barangay Ginebra to lead Pool B with a 2-0 record.

Those wins, though, didn’t come easy. The Bolts had to escape the gusty guest team to bring home the 21-17 victory, and then went through another ordeal just to beat the youth-laden Gin Kings by way of a 21-15 result.

Tonino Gonzaga starred against Pioneer with eight markers, while Joseph Sedurfia had six against the Barangay to lead the balanced attack.

Pioneer trails Meralco in the standings with a 1-1 card. San Miguel is also carrying a similar slate, but the Beermen are at third as they suffered a 12-21 decimation from the ProTibay earlier. Ginebra is last at 0-2. 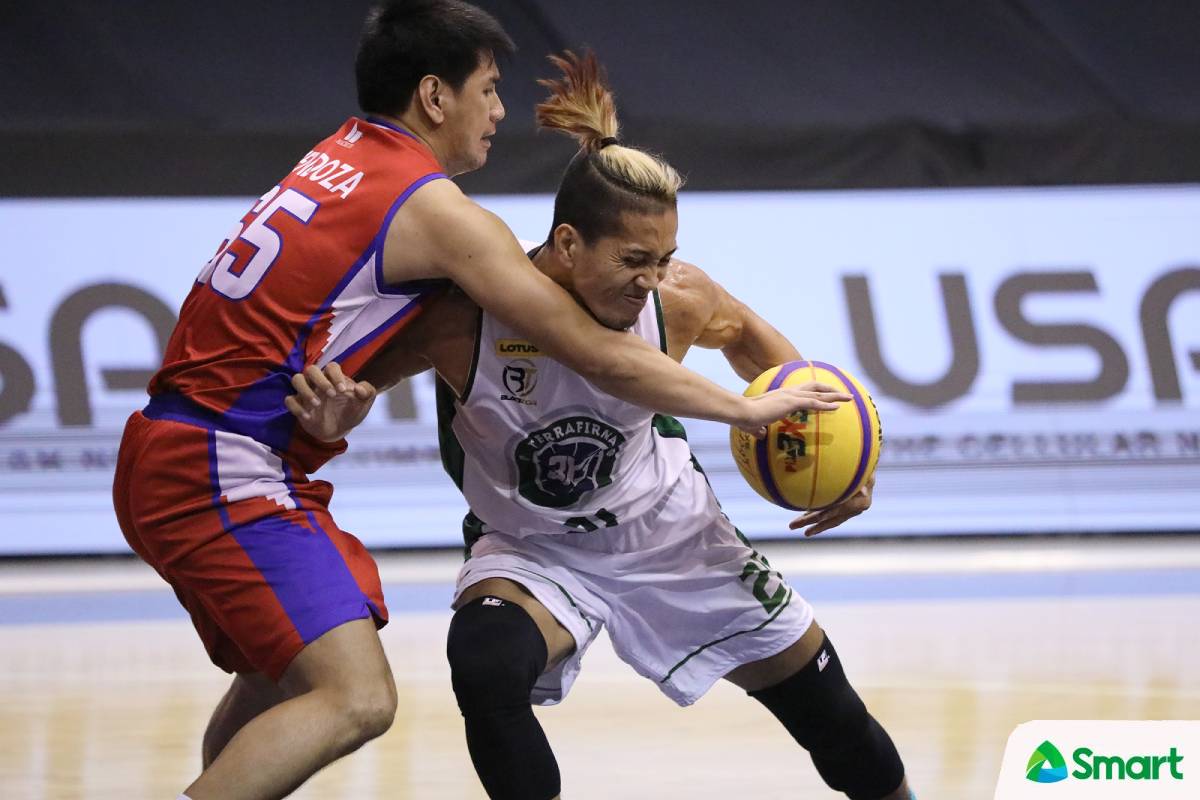 Pool C, ultimately, is led by Terrafirma, the other unbeaten team in the fourth leg as the motivated crew sports a clean 2-0 record.

Still buoyed by their desire to win the grand prize for teammate Roider Cabrera, the Dyip opened their campaign with a dominant 19-9 conquest of NorthPort. They then followed it up with an escape of Purefoods, 18-15.

The Tender Juicy Titans are the no. 2 seed in the group so far with a 1-1 record, with their lone win coming at the expense of TNT, 21-19.

They beat a team who’s starting to cope without star Jeremiah Gray, who’s out for the season due to an ACL tear he suffered last leg. Guard Martin Gozum, who has a bit of 3×3 experience, took his place.

The Tropang Giga showed promise when they beat the Batang Pier, 21-15, thanks to the 11-point performance of Almond Vostoros, but failed to continue their winning ways when their fightback versus Purefoods fell short.

TNT also ended the day with a 1-1 record to place third in the pool, with NorthPort sitting at the bottom as they lost both of their games.

The last six games of the pool stage will be played tomorrow beginning at 12:30 p.m., with the knockout rounds set to start at 3:00 p.m.