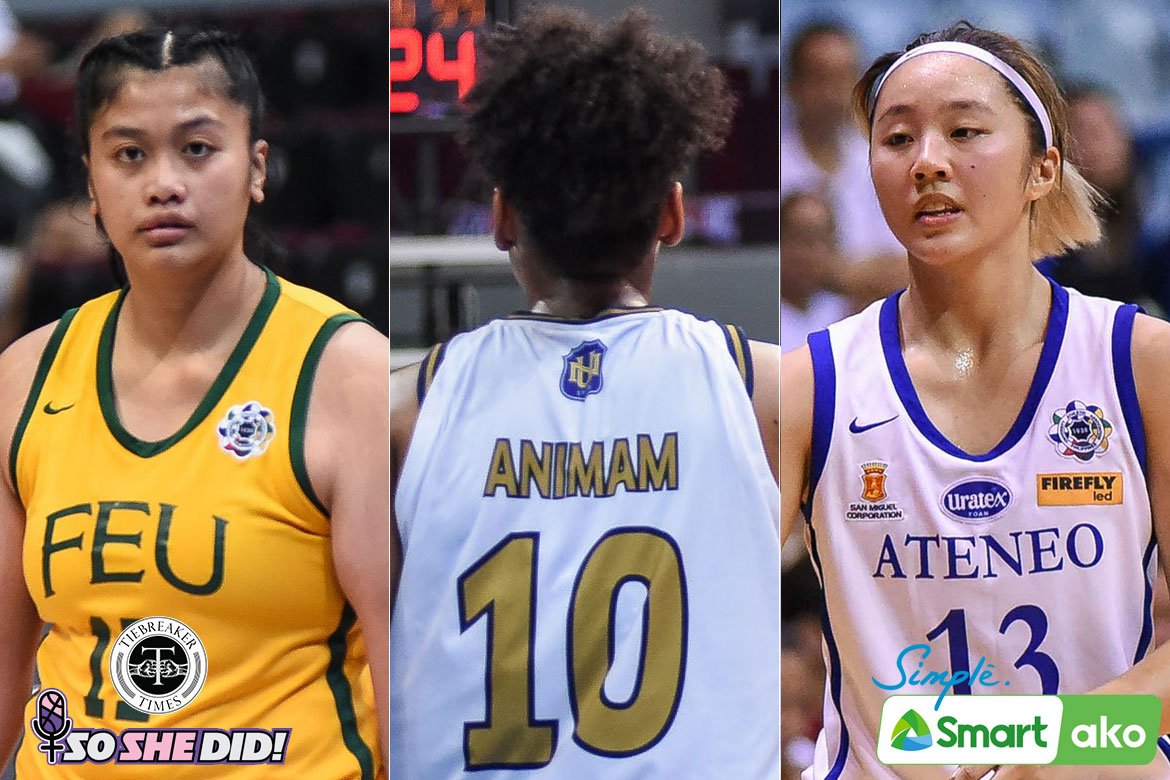 For 96 straight games in the University Athletic Association of the Philippines, National University’s women’s basketball team has remained unbeaten.

And it seems like nothing can slow down the Lady Bulldogs machine.

So what makes the Lady Bulldogs a cut above the rest? Far Eastern University’s Clare Castro and Ateneo’s Trina Guytingco were able to share it during an episode of So She Did! presented by SMART Sports.

For Guytingco — who played against the Lady Bulldogs during her rookie year back in Season 78 — when the Lady Eagles would face NU, every game felt like a championship match.

Besides their height as a squad, NU’s championship experience made the difference in every game.

“It’s not that we were intimidated, it’s just every time that we played NU, we felt this extra pressure just because of their record, and obviously we know how good they are,” said Guytingco, who averaged 11.0 points, 5.5 rebounds, 1.86 steals, and 1.29 assists per game during her senior year.

“We know how tall their players are, so there was always that extra… I guess not intimidation, but nerves while playing against them, just because we knew that we had to be on our top game in order to be at least compete with them.”

Six-foot-four Castro, on the other hand, opined that the most special thing that NU has over the rest of the field is their off-court bond, which shows in every game.

On the other hand, former Lady Bulldogs Afril Bernardino and Jack Animam stressed that they do nothing special in practice that differs from the rest of the league.

And for them, maybe Castro got it right in saying that it’s their bond that is leading them in their historic run.

“Siguro kasi gaya ng sinabi ni Ate Clare, ‘yung bond namin as a team — from the management, to the coaches, to the players — grabe. We’re just like a one big family talaga,” said Season 80 MVP Animam.

Despite being on the losing end in all of their games against NU, Guytingco and Castro still hold the NU program with high regard.

“I really admire their program because they produced so many amazing players, and a lot of those players made it to the national team too,” said Guytingco.