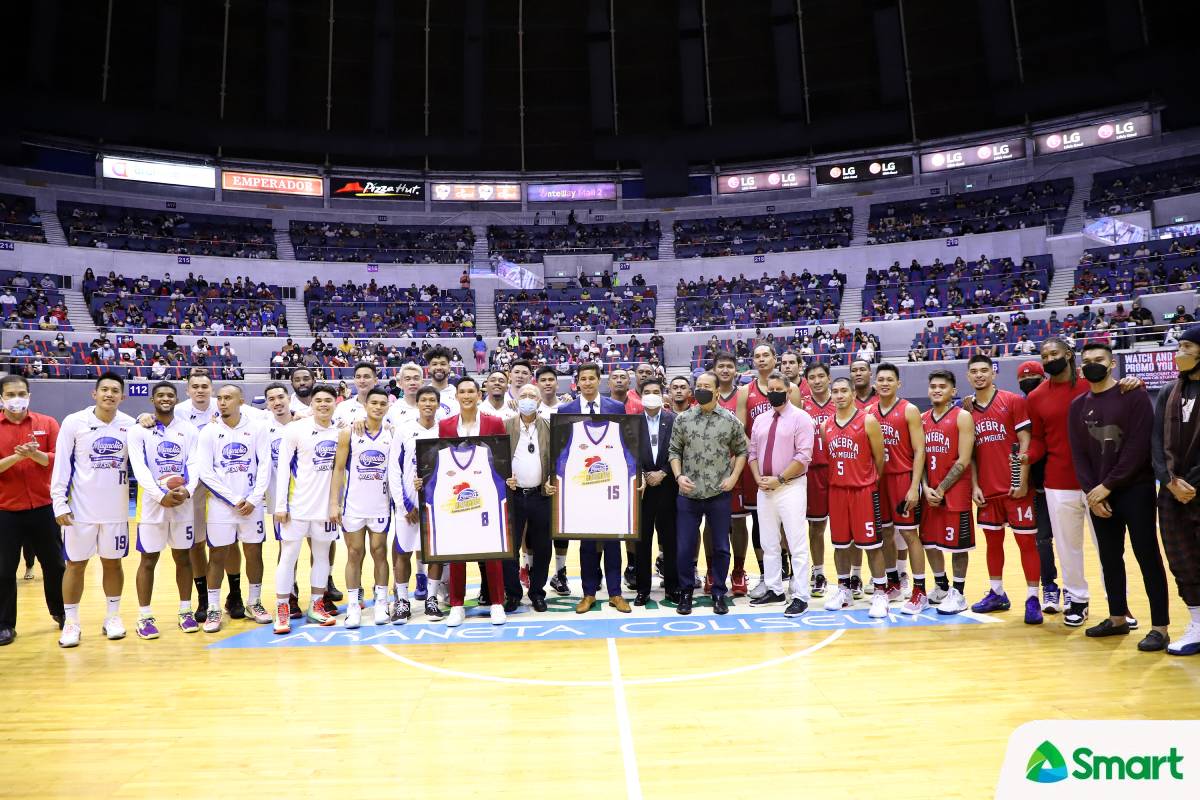 Magnolia officially retired the jersey numbers of Marc Pingris and Peter June Simon at halftime of the PBA Governors’ Cup duel between the Hotshots and Barangay Ginebra on Christmas Day at the SMART Araneta Coliseum.

The two all-time greats received their framed uniforms while showered by the cheers and adoration of an appreciative crowd in a ceremony that made this particular chapter of the Manila Clasico rivalry even more memorable.

Present as well as their former head coach Tim Cone, the architect of San Mig Coffee’s historic Grand Slam achievement in 2014 that had the celebrated troika of Pingris, Simon, and two-time MVP James Yap at the forefront. 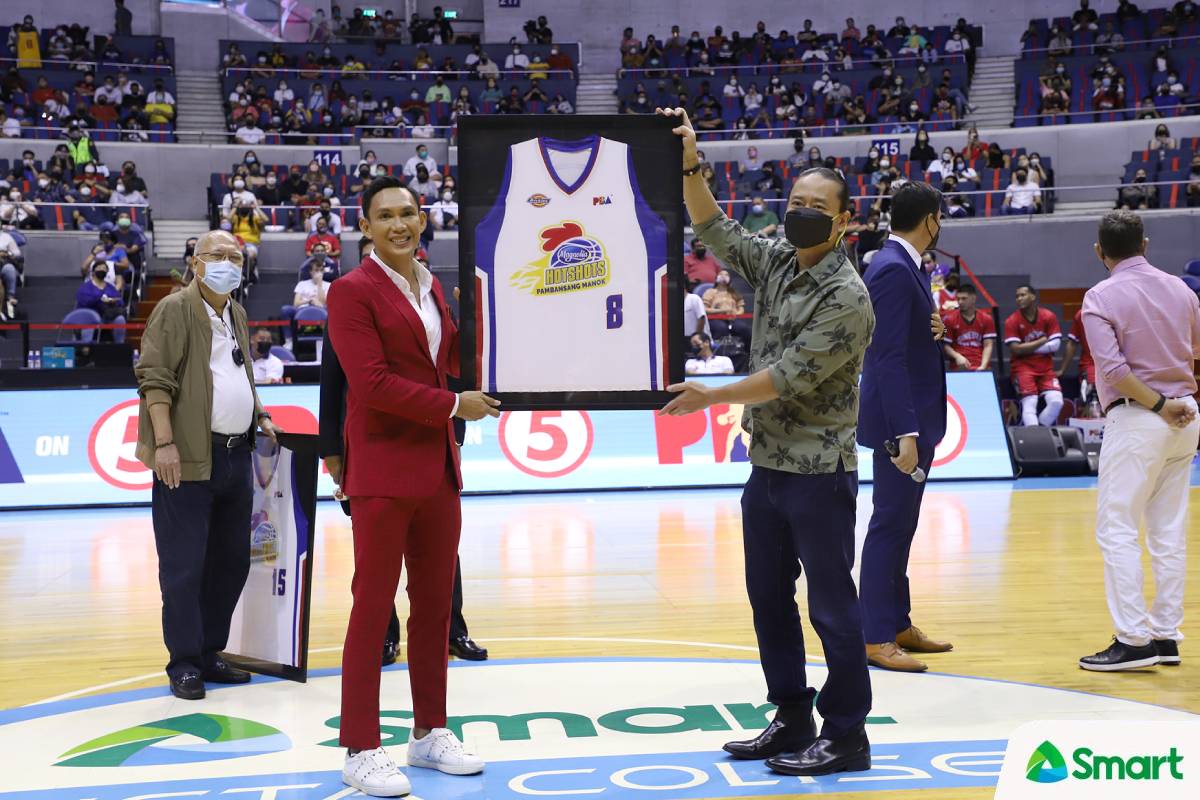 The 40-year-old turned emotional as he expressed thanks to mother Erlinda, who was in attendance, for raising him to become the man that he is today. 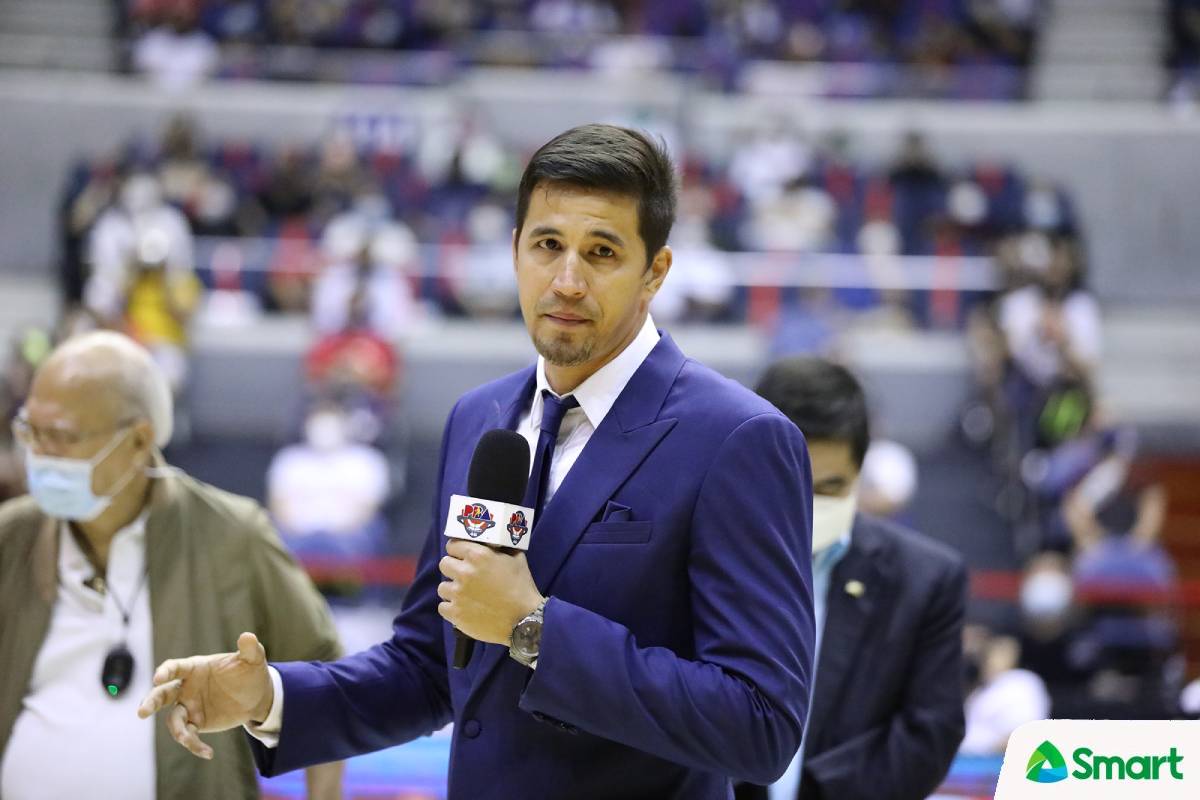 “Thank you, Ma. I love you so much. Pinagmamalaki kita lagi,” continued the proud son of Pozzorubio, Pangasinan.

Simon, meanwhile, wore no. 8 in his entire stay with the ball club from 2004 to 2020. He hung up his sneakers for good September last year. 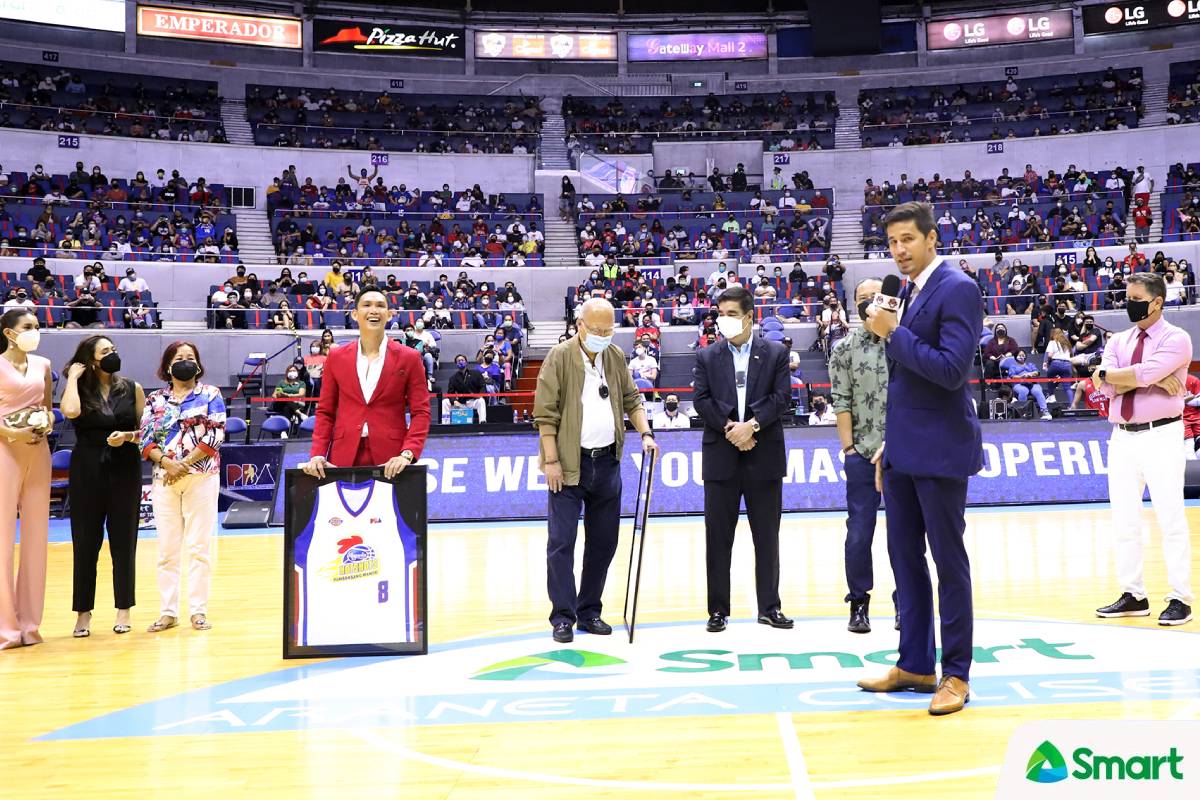 Pingris and Simon won eight PBA championships together, the last of which was in 2018 when the Hotshots ruled the Governors’ Cup.

The two are the latest to have their jerseys retired by Purefoods, next to the no. 16 of four-time MVP and current team manager Alvin Patrimonio, the no. 44 of the Jerry Codiñera, and the no. 7 of Rey Evangelista.