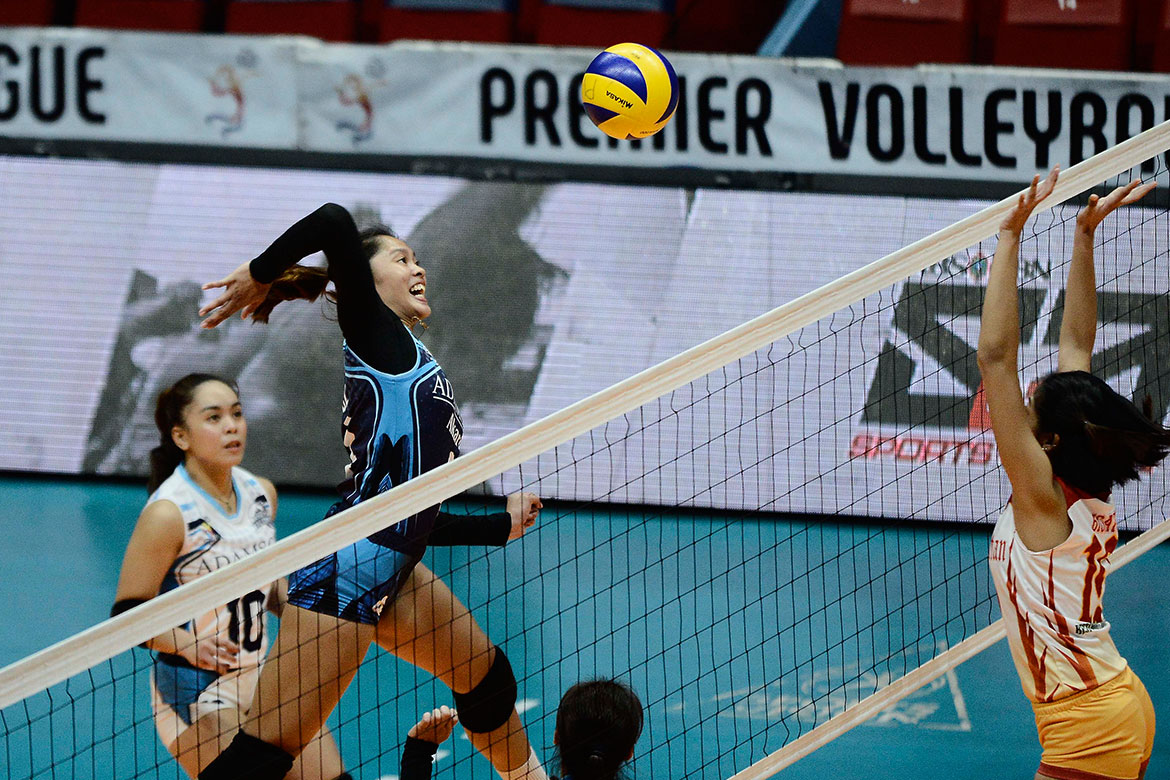 Pinar put up a game-high 15 points built on 11 attacks and three kill blocks for the Lady Falcons, who soared to a 3-0 slate — tied with Ateneo in Pool A.

Adamson playmaker Louie Romero had her double-edged on full display. She dished out 11 excellent sets laced while dealing damage from the service area with five of her total points coming from aces.

The Lady Falcons outperformed the Lady Stags on all fronts. The former rained down 35-19 differential in attacks, 5-2 in blocks, and 9-4 in service points.

Still, despite a rousing performance, Adamson head coach Lerma Giron said that the team has yet to tap into its maximum potential.

Meanwhile, the Lady Stags fell out of semifinals contention with a 0-3 slate.

Adamson seeks to keep its record pristine when it clashes against streaking Ateneo on Sunday while San Sebastian looks to pick up its first win at the expense of Letran the day before. Both matches will be played at the same venue.

Rival schools out to give Ateneo tough three-peat bid