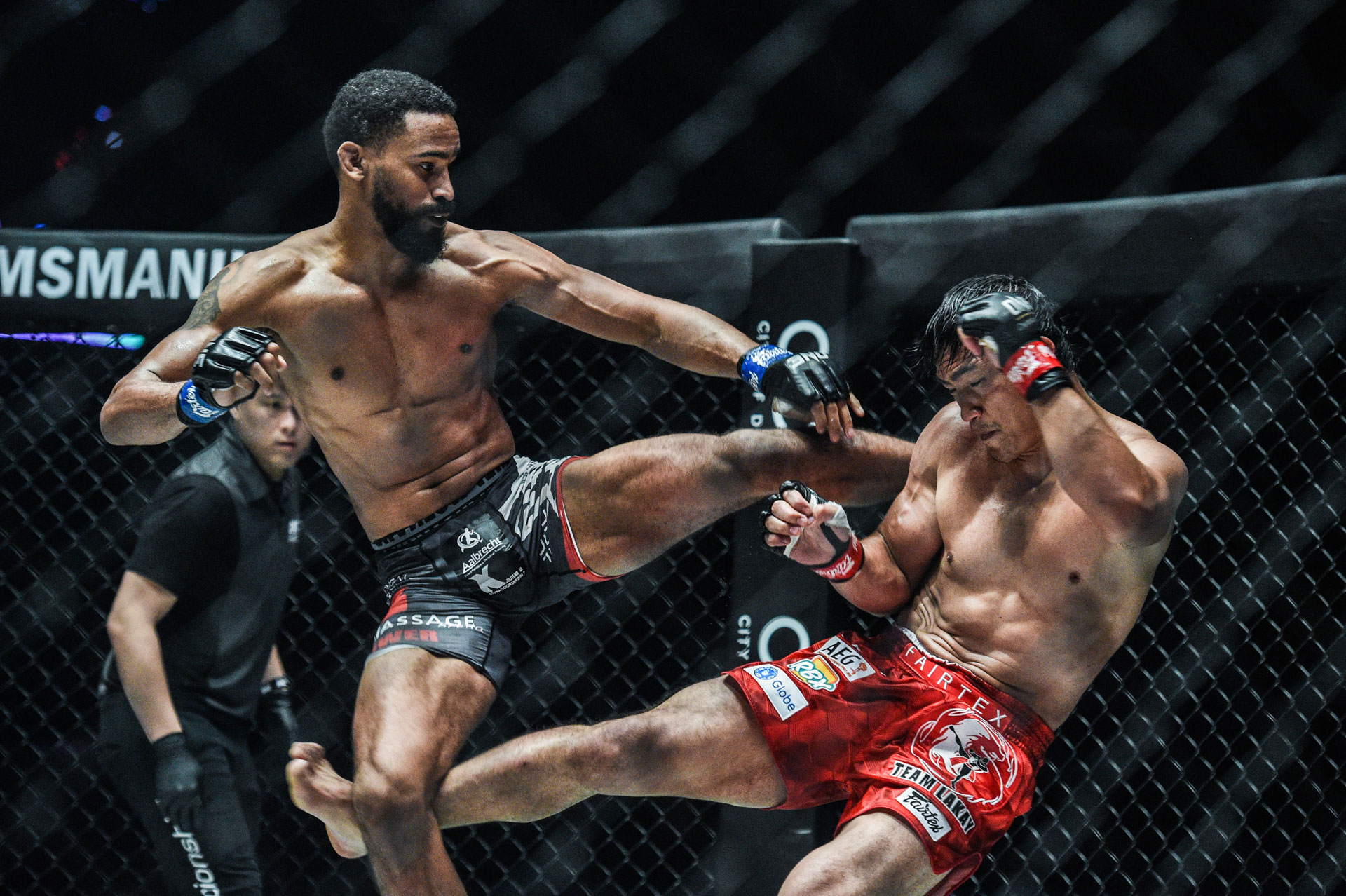 Pieter “The Archangel” Buist might have been the underdog at the Mall Of Asia Arena in Manila, Philippines when he battled Eduard “Landslide” Folayang in the co-main event of ONE: FIRE & FURY.

Still, he knew that he had to take care of business.

“It’s really an honor to fight him.

“He’s a legend. He’s a former champion. And for me, this win is a huge step up,” Buist said, as he took home the eighth-straight win of his career — his third in ONE Championship.

But more impressive is how the 31-year-old made the most out of a short training camp. He stepped in with less than two weeks’ notice to make this match happen.

At first, Buist felt reluctant, especially since his wife had just given birth to their son in the first week of January. Still, the Combat Brothers representative knew he could not let this opportunity pass. After careful consideration, he finally agreed to face Folayang.

“I am feeling blessed. Fourth of January my son was born, so when they called me, I was with my son on the couch,” Buist said.

“I was still training but not on a high level, not for a match. I told my manager that I’ll go to my training this evening, and if I feel great I’ll do it. I felt awesome, so I called him and told them that I’ll beat Folayang.”

And beat Folayang he did.

After a back-and-forth first two rounds, “The Archangel” took control in the final canto, landing a head kick that rocked the Filipino and ultimately turned the tide to his favor.

Fearing Team Lakay’s patented comebacks, Buist admitted reluctance in going for the finish. Still, he won’t complain about the result, either.

“I think the first round was for him, the second round was for me, and the third round I landed the high kick, though I felt it wasn’t as sharp as normal. So I hesitated because you know Team Lakay, they always come back strong, so I was afraid of the spinning back fist,” Buist said.

“But I kept it technical. He was able to land those knees, but it is what it is. I won the fight. I thought it was weird that it was split, but I’m happy I won.”

After scalping one of the legends of the organization, Buist now has his eyes set on reigning ONE Lightweight World Champion Christian “The Warrior” Lee.

One look at his resume and it is going to be hard building a case against him.

“In my last fight, it was against an undefeated fighter on three weeks’ notice, now on two weeks’ notice against a legend and a former champion.

“Now I have bragging rights,” Buist said with a laugh.

In the meantime, the ONE Featherweight Muay Thai World Title will be at stake when Petchmorakot Petchyindee Academy faces Detrit Sathian Muay Thai in the main event of ONE: WARRIOR’S CODE this Friday, February 7, at the Istora Senayan in Jakarta, Indonesia.