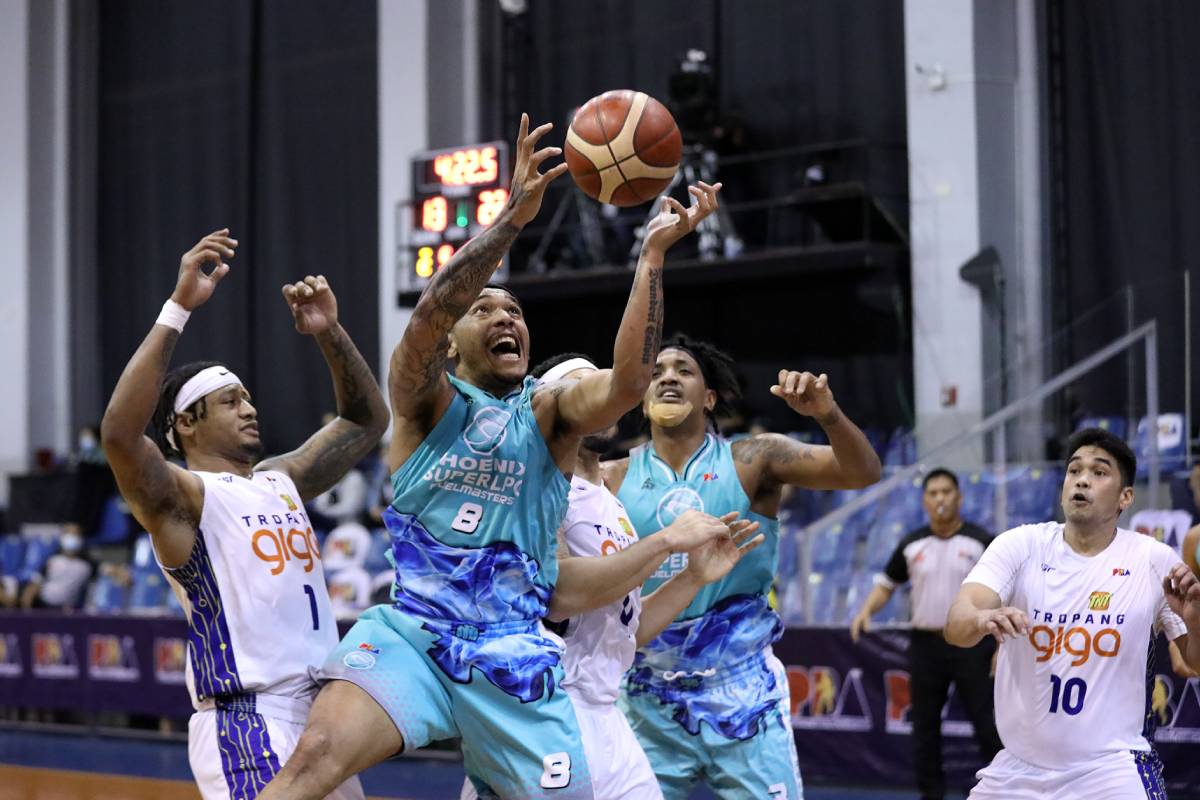 SMART CLARK GIGA CITY – Calvin Abueva was a man on a mission as he led Phoenix Super LPG past TNT, 110-103, to equalize their 2020 PBA Philippine Cup semifinal duel, Friday night at the AUF Sports and Cultural Center.

The do-it-all forward finished with 20 points, 15 rebounds, four assists, and two steals in a performance highlighted by his hustle plays in the endgame that helped the Fuel Masters prevent a collapse from taking place.

Abueva was more controlled this time around as he avoided being hounded by foul trouble unlike in the series opener last Wednesday, where he already had five personal fouls in just the first three quarters.

Phoenix spoiled the career night of Ray Parks, who erupted for 41 points built on 10 three-pointers but failed to finish the game as he got fouled out with 4:59 to go in the final frame on an offensive foul — on Abueva.

TNT at that point was ahead, 92-90, and Abueva quickly took advantage of Parks’ bad luck as he converted both of his free throws, which would spark an 8-0 run en route to a 98-92 lead with 3:01 on the clock.

It was all Phoenix from that point on as Jason Perkins took matters into his own hands, scoring seven in a 9-2 blitz that gave the Fuel Masters a 107-97 lead with 46.2 ticks left to douse cold water into the Tropa’s comeback hopes.

Perkins finished with 21 points as a total of six Fuel Masters finished in double figures in the win, their way of stepping up for main man Matthew Wright as he only played limited minutes — still due to his sprained ankle.

The bench indeed gave the Fuel Masters such a huge lift as they contributed 40 points to their total, led by the 16 of playmaker RJ Jazul. They clearly outplayed their counterparts, who only mustered 15 markers.

Phoenix actually led by as much as 18, 60-42, late in the second quarter but TNT fought back in the second half to make it a nip-and-tuck affair that saw them take the two-point lead. But then, the meltdown was avoided.

There were no heroics for the Tropang Giga this time around from ace Jayson Castro, who strapped his team on his back last game. From scoring 20 points, he was only limited to just nine this time.